House near ski, spa and mountain

The house is located in big and very well developed village just 6 km from the town of Berkovitsa, 29 from the town of Montana and 70 from the city of Sofia where the nearest International Airport is! The house was recently built. It has total living area of 100 sq m spread in 2 floors. There is a living room, a bedroom, a a basement (storage room) and a bathroom with a toilet on the first floor. The second one has a living room, kitchen and 2 more bedrooms. Water, electricity, telephone line and cable tv is provided in the property. The yard is not too big- 300 sq m but enough for additional emprovements like a swimming pool and a barbeque area. Berkovitsa has about 16 000 inhabitants, and is situated in the northern foot of Western Stara Planina. Berkovitsa is an old settlement and this is confirmed by the remains of a fortress and a church from 4th century on the Kaleto Hill, situated to the north west of the town, was mentioned in written form for the first time in a Turkish document dated back to 1491. During the Turkish rule it was developed as a crafts settlement - mainly in wood-processing and pottery. A great number of refugees from other parts of the country settled here. The territory of the Berkovitsa municipality is situated in the mountain and hilly part of Northwest Bulgaria. The soils are mostly grey and light grey, and along the valleys of the rivers Barzia and Zlatitsa - alluvial meadow soils. The soils in the mountain part are moderately sandy, clayed and have a compact clayed stratum.   The largest part of the area is a hilly mountain terrain, very often cut through by ravines. The lowest point above sea level is in the village of Borovtsi - 250 metres, and the highest point is the Kom Peak - 2016 metres.Transport: Road and railway transport connect Berkovitsa with the rest of the world. There are regular bus routes to Sofia, Montana, Lom, Vurshets and many other smaller villages in the region of the bus station and the railway station that are in the eastern part of the town (the first is close to the centre). Berkovitsa is the last railway station of the local railway line Boichinovtsi-Montana-Berkovitsa. It is connected through the railway station Boichinovtsi with the settlements along the main railway line Sofia-Mezdra-Vratsa-Broussartsi-Vidin (Lom), as well as the whole republican railway system.

This is a two-story house for sale located in the resort town of Berkovitsa with amazing view over the Mountain Stara Planina. The main house comprises two residential floors and a half underground floor. It comprises total living area of 310 sq m. Behind the main house there is another newly built brick building on two floors with PVC window joinery which also is included in the notary deed. Later on it can be excluded and used or sold as a separate property. The yard is 600 sq m in size. It includes a brick built building with a garage and few additional premises - two workshops, WC and a bathroom. The price is for the whole property together. The town of Berkovitsa is located in north-west part of Bulgaria. It is situated on the northern slope of the Berkovska Stara Planina Mountain along the valley of the Berkovitsa River. The town now is a famous resort visited from many tourists each year. 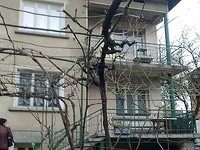 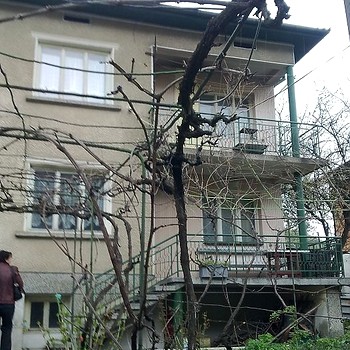 This property is located in the beautiful mountain town of Berkovitsa in north-western Bulgaria. The town of Berkovitsa lies at about 400 meters above the sea level. It is situated at the northern foot of Western Stara Planina Mountain, at  a distance of 89 km from Sofia, 24 km from Montana, 53 km from Vratsa and 25 km from Petrohan. The offered house comprises with one floor and total living area of 120 sq m. It is brick construction, finished in 1968 year, but in very good condition. The roof has been repaired recently. The property is situated close to the center of the village. The property is built on a corner plot. It faces two asphalted streets and has very convenient access. The size of the yard is 600 sq m. In the yard there is a garage and a beautiful fruit garden. The property is connected to water, electricity and sewer. The house is surrounded with a stone fence. 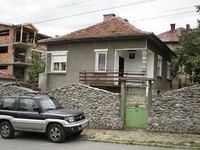 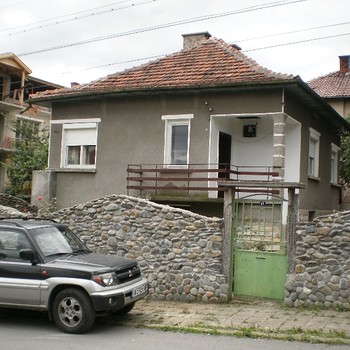 This large (4450 sq m) plot is located in a developing ski resort in the mountains! The town is beautiful and very well organized- with schools, high schools, a hospital and everything necessary for a normal living! The town of Berkovitsa is situated in the northern foot of Berkovski Balkan (Western Balkan Range). It is 25 kilometers north of the Petrohan narrow and it is 23 km to the town of Montana and respectfully 75 km from Sofia International Airport. The region is ideal for permanent living and offers numerous possibilities for mountain sports and recreation. These 4450 sq m of land are not into regulation- meaning that you need permission in order to build on it! There is a project for a villa that comes with the pot! Electricity is available just a few meters away and there is spring water on the plot which can be provided in the future house. There is a gorgeous view from the plot towards the mountains and the ski resort which is just 16 km far. There is a timber road going to the property and suitable for a car. The plot is right next to the town so you can provide anything you need. One of the future plans for development of winter tourism in Bulgaria belongs to the cozy and picturesque municipal of Berkovitsa. It is now a fact that the western parts of the Balkan mountain range are trying to catch up with the other winter resorts. The mayor of the town announced that the priority development of the tourism is written in the strategy of Berkovitsa municipal. 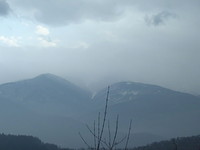 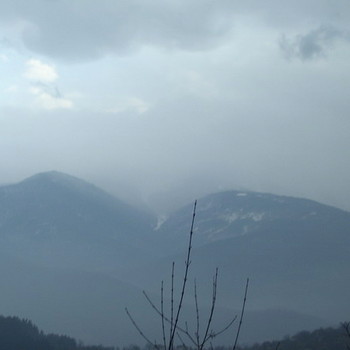