If you don’t mind repairs and you like fresh mountain air you could turn this collapsed house into a charming holiday place
We recommend this settlement! The village is small and peaceful disposed only 24 km away from the famous ski resort of Bansko. All this is a wondeful location! The region provides wonderful opportunities for fishing, hunting, skiing and spa procedures. If you want to stay aside from the noise and the crowds of the city this is a perfect place for you and your family!
The house is in a bad condition, but is authentic and made in traditional style. A lot of constructionmaterial can be used for a proper renovation. The living area is 55 sq.m. Water supply and electricity are available. Good road access. The garden is small 210 sq.m., nicely surrounding this mountainous property. The view from the house is just amazing - in the distance one can see the high peaks of Pirin mountain, moust of which are over 2 500 m. above sea level. Several foreigners already purchased properties here. Come and see this stunning place at a very attractive price!

Excellent offer for a profitable investment!!! Don’t miss it! It is an authentic old rural house that needs some renovation in order to become an attractive cosy place for living or holidays. It is built in typical Bulgarian style with strong stone foundations, trimmer joists and adobe. The building has two floors and two entrances. The first floor used to be a cellar and the four rooms connected with a corridor are upstairs. Electricity and water are available. The toilet is outside. A small garden of 250 sq m goes with the house. If you don’t mind repairs and you like the fresh mountain air you could turn the property into a charming holiday place! We recommend this settlement! The village is small and peaceful disposed only 20 km away from the well know ski resort of Bansko. What a better location! The region provides wonderful opportunities for fishing, hunting, skiing and balneotherapy. If you want to escape from the noise and the crowds of the city this is the perfect place for you! 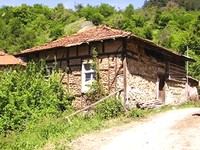 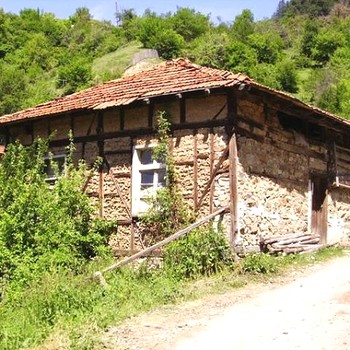 Studio apartment for sale in Bansko

New studio apartment for sale in Bansko. The apartment is situated in a gated complex in the Southern part of Bansko (Old Town), less than 100 meters from the first station of the ski lift. The apartment benefits with wonderful views of the Rila, Pirin and Rhodope Mountains. This studio is on the first floor of the complex and consists of an open plan lounge/sleeping area, a kitchen with dining area and a fully equipped bathroom.  The complex facilities include: Reception 24-hour security Restaurant & bar Recreation center Cafe-bar Sauna, hot spa & Jacuzzi Ski wardrobes Underground garages Elevators from the garages to all floors  The town of Bansko offers a diversity of restaurants and bars to suit every taste.  There is also a great variety of shops for all you need. Bansko is the best and most modern ski center of all Bulgarian ski resorts. The town is located near the river Glazne in the northeastern foot of Pirin. During the last couple of years, this resort has been under a huge investment process with new hotels and facilities being built. 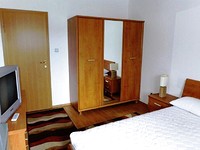 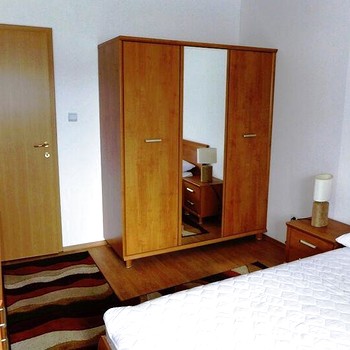 House for sale near Bansko

We would like to offer you an under market value property just 15 km away from the famous ski resort – Bansko. This house is situated in a well organized village with about 1500 residents and a number of fine shops, restaurants, health center etc. The settlement is located on both banks of a river that flows into Mesta River. It is also on the North West slopes of the Rhodope Mountain with fantastic views of the hills and mounts around it. The property we offer is located at the so called villa areas and is accessible through a dirt road. The asphalt road ends about 200 meters away from the house. Electricity and water are available. Central drainage is also available in the village so you can connect to it. The plot is 400 sq m and is almost flat with a small elevation at the bottom where the house is. The building is quite old and needs some serious renovation work. It is made of mud, wood and straws which was typical at that time. There is an additional farm building which was built later on and is made of bricks. Such cheap offers are quite unique for the area of Bansko. If you are looking for a place to build a vacation house and enjoy lovely mountain views then you should seriously consider this offer. 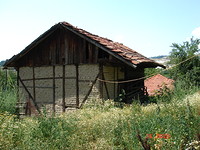 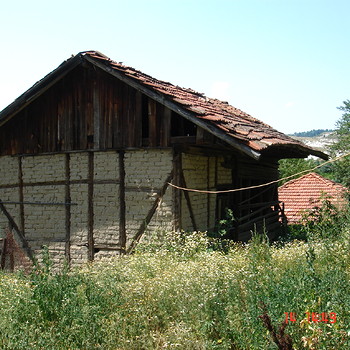