That is an interesting cheap offer in a nice village. That is a plot of land just 5 km away from the town of Sredetz. In the area there are very good conditions for hunting and fishing. Rural tourism is popular around. The region is ecolically clean, which makes the place ideal for recreation and vacations. The city of Burgas and the International airport are 33 km away. Famous Sunny Beach is 65 km away from the place. Many foreigners already own properties here!

The size of the land is 1 000 sq. m. It is regulated and has a road access. Water supply and electricity, as well as telephone line are available. On request cable TV can also be installed. This piece of land can be built with one normal size house, whci can be used both for holidays and permanent living. The village is well organized with a shop, post office, cafes.

Perhaps this is the best option for you!

Building land for sale near Sredets

We offer to you a building plot situated in a small village at the foot of the Strandzha Mountain. The estate is 1000 sq m large next to other properties. It is sufficiently big for a spacious house to be built. There is also enough space for a garden and a garage. The plot hasn’t been maintained and there is no fence. Perhaps you think that building a house could cost you lots of money but we assure you it won’t cost you much. In fact it is a kind of investment for your family vacations. You have the possibility to make your house or villa according to your preferences and taste. We are ready to help you in finding workers to build the edifice. Running water is available 40 m away and electricity could be provided some 10 m away. Your house will be ready in a short time and will look like you want it. Don’t hesitate to invest in this land as the village has very good location – close to the mountain and the sea, near the border with Turkey. In this sense you could choose where to rest in the summer. The Strandzha Mountain is preferable tourist destination because of its nature park but if you like the rest at the seaside it will take you less than an hour to get there. It is important to know that the village is 48 km away from Burgas and its International Airport. 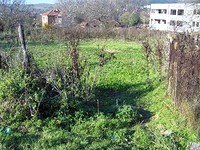 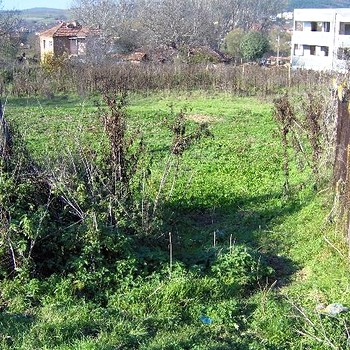 Old house for sale near Sredets

This is an offer for a two storey brick built house situated in a small village in the Burgas area. The house is large with 70 sq.m living area distributed into five rooms – two on the first floor and three on the second. An outer staircase leads to a glassed terrace disposed on the second floor. The house in not in very good condition and some renovation like plastering inside and rendering outside is necessary. We recommend you using our local experienced workers for all repairs needed. Electricity and running water are available in the house. The yard is large – about 1000 sq.m. The price of the property is really advantageous if you have in mind its good location close to the seaside. There are some 50 km between the village and the main city of the district Burgas. The area has recently become quite attractive because of the good opportunities for rest. Fishing and hunting are very popular in the district. Take advantage of our good offer and contact us now! 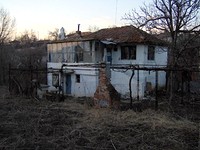 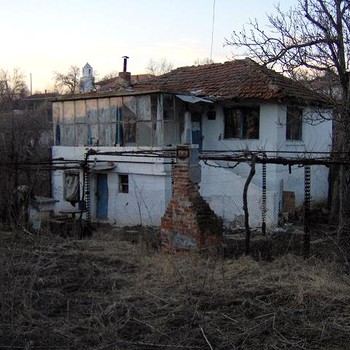 Our next offer is again for house for sale located near the town of Sredets and not far from Bourgas. The property is situated in a calm and peaceful village with around 500 inhabitants. The village is nicely arranged and very well developed with good infrastructure and easy access. There are asphalted roads, all communications and amenities. There is a church, food shops, bus stop with regular transport to Sredets and all nearby settlements. The distance to the municipality center Sredets is 30 km. The distance to the sea and Bourgas is 61. The property consists of an old rural house built on a very large plot of land. The house is one story and comprises total living area of 50 sq m. The house is very old and is in bad condition. You can turn it down and built a new one or you can try to renovate it. The main advantage of this property is the very spacious plot of land which the house is built on. It has total area of 2000 sq m. It is totally regulated, which means there is water and electricity provided. The property is surrounded by a wire fence. The access is with a dirt road. 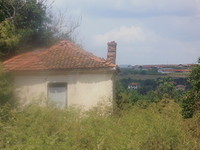 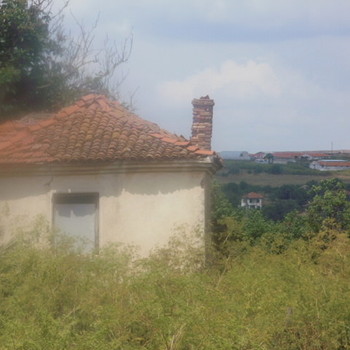