Our next offer is for extremely cheap regulated land just 5 minutes walk away from the Dam Lake Sopot. The property reveals stunning views of the surrounding mountain hills.Dam lake Sopot has clear water and excellent fishing conditions.The hills nearby are preferred location for hunting and bird watching.The inspiring nature and the mild climate make it excellent place for relaxation. The geographical location of the region ensures favourable transport links: the Troyan Pass road is the highest one across the Balkan Mountains that connects North to South Bularia. Regular bus-lines run from Troyan to Sofia, Pleven, Lovech, Sevlievo.The plot is in a relatively big and well organized village. The land is 1500 sq .m. regulated and has access through an asphalt road. Do not miss this opportunity to build your dream vacation house and enjoy the serenity of nature till the rest of your life.

Property for sale near Troyan

Authentic house for sale in Troyan municipality, Lovech district. The property is located in a picturesque village about 20 km from the town of Troyan, 22 km from the town of Lovech, 30 km from the town of Sevlievo and 35 km from the town of Apriltsi. The property consists of a solid, two-storey residential building with an area of 80 sq m, a summer kitchen and a bathroom of 20 sq m, different types of agricultural buildings, and a flat yard of about 500 sq m. The yard is cultivated and includes a lot of fruit trees and other greenery. There are also sheds for car parking, a barbeque. The property is reached via an asphalted road. It is on a corner between three streets. It is supplied with electricity, water, telephone, cable TV. This is a quiet and peaceful place amongst fresh air, panoramic views and beautiful nature. 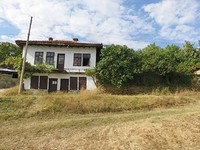 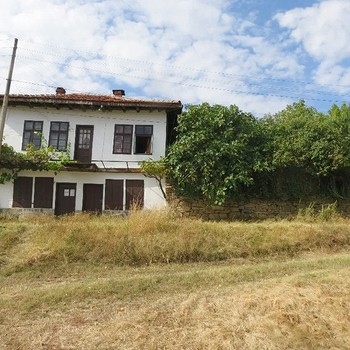 House for sale near Troyan

This is a house for sale located in Troyan Balkan, 6 km from Troyan, in an amazing mountain village. The house offers total living area of 200 sq m. It is on two floors and comes with a large garden of 800 sq m. The house has a porch and great views over the Central Balkan Mountains and peaks Botev, Levski and Maragedik. The distribution of the premises inside is as follows: Downstairs there is a large basement and two rooms. On the second floor, there is one big central room with fireplace and three more rooms. The floors are connected with external staircase. The house is very old and needs renovation before you could move in. The property is located in a quiet place with easy access, electricity and water. It has a large gate with visor in the old Revival style. 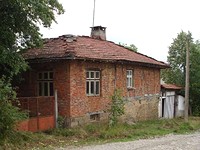 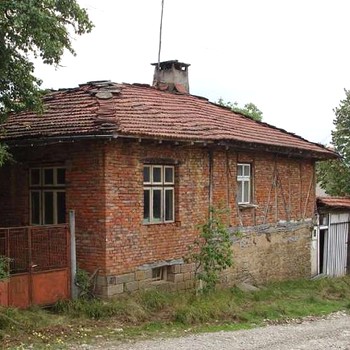 House for sale near Troyan

This is an old, two-storey house, located in the mountains of Stara Planina, close to Troyan. The house is located in a beautiful mountain village 7 km from the town of Troyan and comprises with amazing views in each direction. The village is large enough and has the necessary communications for permanent living. The house has total living area of 50 sq m and the size of the garden is 1860 sq m. The distribution of the premises inside the house is as follows: First floor - large living room and a small kitchen. Second floor - 3 rooms and a balcony. In the yard there are few additional farm buildings – storage (50 sq m) and a premise suitable for a barbeque (30 sq m). There is also a beautiful fruit garden. Legend has it that when the house was a tavern Vasil Levski used it as a hiding place. 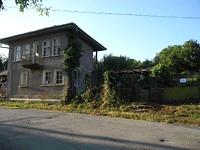 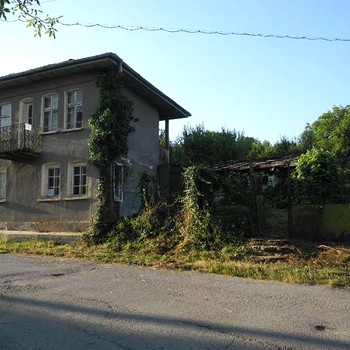 Sofia will not be raising taxes next year 19/10/2009
The Sofia Municipality will not raise taxes next year, announced in front of reporters today the temporarily managing mayor Minko Gerdzhikov, quoted by BTA. He was asked to comment on the approved by the government amendments to the Law on local taxes and fees to raise the maximum threshold for...
Bulgaria will host First Major Golf Tournament 16/05/2013
Bulgaria is hoping to rake in a total of USD 100 M as host of Europe's topgolf event of this year, which will take place from May 16-19, 2013. The World Match Play Championship is traditionally covered by over 250 sports media worldwide and reaches an audience of over 1.5 billion people....
Bulgarian property ::  Недвижимость в Болгарии ::  Proprieta in Bulgaria ::   :: Towns in Bulgaria :: Property renovations :: Services and Fees :: Bulgaria Property FAQ :: Map Search :: About Bulgaria :: Mortgages :: Property insurance :: Testimonials :: Contacts :: Disclaimer :: Mountain properties :: Golf properties :: Lake properties :: Rural properties :: Properties in Beach Resort :: Properties in Ski Resort :: Properties spa Resort :: Apartments in Bulgaria :: Land in Bulgaria :: Houses in Bulgaria :: Bulgaria property investment ::
© Best Bulgarian Properties Ltd. - All rights reserved
Land Close To Dam Lake Sopot