Massive house 148sqm living area, with 600sqm land in pretty village very closer to Mezdra town wich is near to Vratsa. The house is on two floors and has very useful room-plan. On the 1st floor has big lobby continues to 2 big rooms with windows looking to the Sun. On the 2nd floor has 3 nice rooms with lobby as well. The house has wonderful veranda with pretty view. The toilet and the bathroom are external. This property is electricity and water supplied. There is telephone line which is disconnected at the moment.The house was very strong build from whittle stones and has externally stairs.Nobody lives here at the moment that is why it needs some small renovation. The garden is 600sqm and has already planted few trees. Also there is 2 farm buildings, which can be useful if needs.The village has all communications and good roads. The region is preferred form people need deep rest and walk in to the mountain. It is hunting area with extremely beautiful vews.

House for sale in Vratsa

Our next offer is for a house for sale, located in one of the most distant and quiet neighborhoods of Vratsa town. The neighborhood is located to the north-west from the town's center near the railway going to Sofia. The house is two storied, built in the 1978 year and recently renovated. It is a massive building with inside staircase connecting both floors. The distribution of the premises inside is as fallows: On the first floor there is a lounge, bathroom, WC, kitchen, bedroom, living room and balcony. On the second floor there is a lounge, children's room, bedroom, living room and terrace. There are also attic premises which can be converted for further accommodation. The yard is 500 sq m in size. In the yard there is another WC and an outside fountain. There are also few additional agricultural outbuildings - for animals, coal or wood storage. The property is connected to electricity, water and sewer line. It is a corner plot facing two streets. The house is situated in the center of the neighborhood, 100 meters from the village's spring fountain. 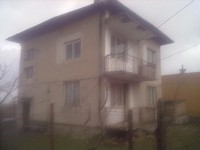 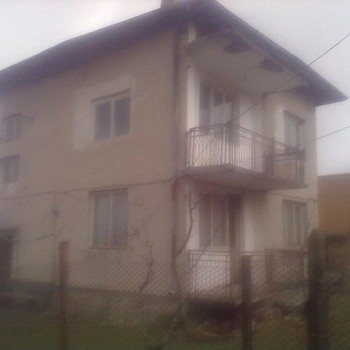 House for sale near Vratsa

Our next offer is for a rural house for sale located in a village in north-western Bulgaria. The village is included in the municipality of Mezdra, Vratsa district and lies at equal distance from both towns – 10 km. The settlement is well developed and all the amenities you will need. The house is on two floors and has total living area of 130 sq m. It is built on a plot of land with size 2000 sq m. The house is after a complete renovation. The first floor consists of a kitchen, dining / living room and bathroom. The second floor comprises of an entrance hall, 3 bedrooms, bathroom and a terrace. The house also has a loft to which has running water and can easily be used for accommodation. The roof is fully repaired a year ago. Everything is high quality. There is water and electricity. The house is situated in a quiet place, near a creek. 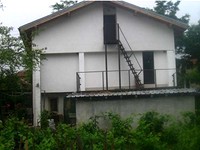 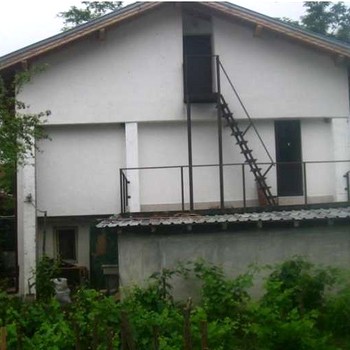 The house is situated in a village in Vratsa district, 5 km away from the district center. It is on one floor with a basement. The building consists of an entrance hall, a kitchen with a dining room, a living room, a bedroom, a bathroom and a toilet. The hallway can be converted into a kitchen box and the existing kitchen could become a second bedroom. The total living area is 125 sq m. The house was renovated about 10 years ago. It has entirely new plumbing, electrical installation, the walls are re-plastered and painted with latex. The ceilings are completed with gypsum board. The window joinery is also new. The roof is renovated. The house needs slight cosmetic refreshment. The parcel is about 300 sq m. It includes a barbecue area, an outside fountain and a parking space. 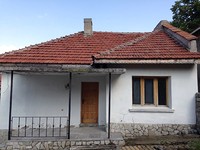 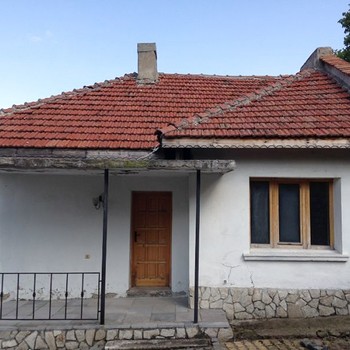