Great opportunity for an investment in a plot in the mountains near 2 ski slopes!
This beautiful plot is located in the stunning surroundings of Stara Planina Mountain! The area is becoming very attractive because there will be a 3rd professional ski track!
The town is very well developed and has everything that you might need for a relaxing vacation- moderate climate with sunny and cool summer, curative mineral springs in the surrounding country because of the tasty and fragrant gifts of the nature – berries, chest nuts, and herbs.
In the Mountain nearby the town there are many tourists’ routs and pathways leading to the peak Kom where the ski slopes are. Some of the traditional rest places near the town are the picturesque surroundings of the Haidoushki Vodopadi (The Haidouc Waterfalls). This is also the name of the newest pedestrian footpath.
The plot is located in the center of a picturesque village just 20 km far from the town of Berkovitsa. It is now a fact that the western parts of the Balkan mountain range are trying to catch up with the other winter resorts. The mayor of the town announced that the priority development of the tourism is written in the strategy of Berkovitsa municipal. The town of Berkovitsa is situated in the northern foot of Berkovski Balkan (Western Balkan Range).
The land is 3300 sq m and regulated! There is a 160 sq m large building spot- there used to be a house there once so you don’t need permission for building! The village is at a distance of 20 km from the town of Montana and Vratsa too! The capital of Sofia is just 100 km away! The village is very well developed provided with shops and all the rest of the facilities needed for a normal living!

The below advertised property is located in the beautiful mountain town of Berkovitsa. The property has an area of 503 sq m and a house of 36 sq m built on it. The house is two-storied, solid structure made of concrete. It is supplied with water and electricity and has the following distribution: First floor – kitchen, closet and a tavern. Second floor – two rooms. Attic – one whole premise. The house was recently renovated. It has new roof - wooden structure, with new cycles and wooden lining. The property is easily accessible any time of the year. It is in a one-minute drive from the asphalted road, 15 minutes from the center of the town and 5 minutes from the fortress “Kaleto”. 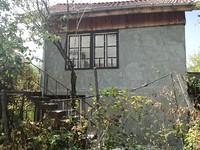 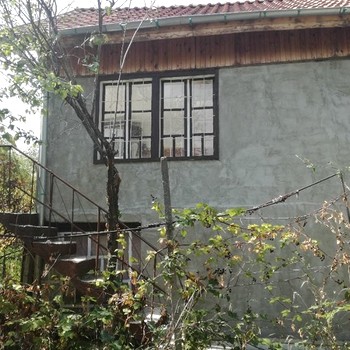 Ruined House Near A Ski Resort!!!

Pay attention to this extremely good bargain! A rural house just 25 km from a new developing ski resort! There already are 2 ski slops and a 3rd one is about to be developed!!! The property consists of a ruined house that has to be knocked down but it can be rebuilt! The whole property is 1000 sq m together with the yard! The house has 1 floor and 4 rooms spread on 70 sq m of living area! There is electricity inside, water is available! The toilet is outside and there is no bathroom! There is an asphalted road going to the property which provides an easy access! The area is extremely beautiful! The town of Berkovitsa is just 10 km and Montana is 20 km far! Sofia and the airport – just 100 km away!!! One of the future plans for development of winter tourism in Bulgaria belongs to the cozy and picturesque municipal of Berkovitsa. It is now a fact that the western parts of the Balkan mountain range are trying to catch up with the other winter resorts. The mayor of the town announced that the priority development of the tourism is written in the strategy of Berkovitsa municipal. According to the plans a cabin lift will be constructed from Berkovitsa to Kom zone which is about 16 kilometers east from the town. At the moment the zone offers one ski piste with a drug- lift and three tourism bases with a total number of 100 beds. The plans of the municipal are to make the piste twice as large and to recover some old pistes so that the total length of the ski pistes will become 15- 20 kilometers. Take advantage and get in touch with us regarding this property!! 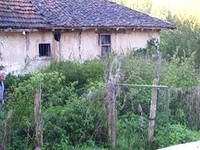 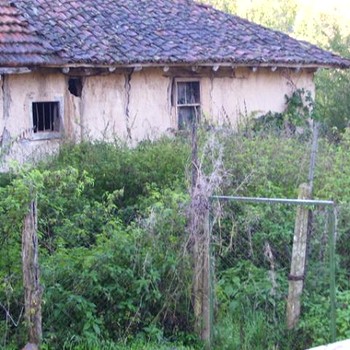 One storey house in the mountains

The village where the house is located is just 12 km away from the ski resort of Berkovitsa. The town is well connected with Berkovitsa via regular bus lines and good asphalt - paved road. There are premises for living such as shops, cafes, pubs, local medical and postal service, church and etc. The distance to Montana town is the same- 12 km.The property is an old two - storey house. The size of this real estate is 60 sq m spread on one floor. Water and electricity are provided in the house. The plot that goes together with the house is 1000 sq m large and planted with fruit trees for the time being. The house needs many repairs in order to become good for living place. We will be happy to provide our local workers at your services for the purpose.Berkovitsa is a very well developed Bulgarian town located at the foot of Western Stara Planina. It is 75 km away from the capital city of Sofia. The communications with Sofia and the rest of the country are very good via asphalt - paved road and railway. 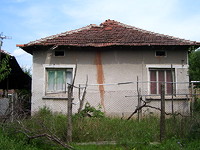 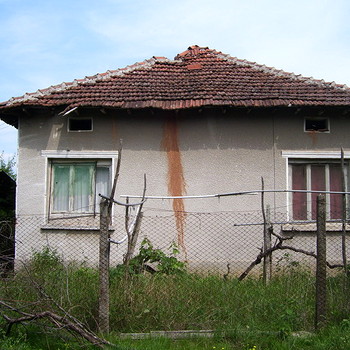