If you look for a property in a calm hilly area, this suggestion is perfect for you.
We offer you a large house located in a village 5 km away from Plovdiv and right next to it starts the park of the mountain ‘Rodopi’-one of the most beautiful places in our country. The second largest dam-lake ‘Dospat’ is situated in this mountain. Just above the settlement is the picturesque peak ‘Kaloyan’ from which the whole ‘Gornotrakiiska’ valley can be seen. South from the village you can find the area called ‘Kaleto’ named after the peak on which it is located. The proximity to Plovdiv and the picturesque landscape make the settlement a preferable destination for the foreigners, that is why the property prices are increasing here.
The house that we offer is in the center of the village. It is a two-storey one but still a rough construction. The two floors are both 80 sq m large. The first one is made of stones and the second-from bricks. There is a 80 sq m large basement, a garage which is 40 sq m and a large verandah with a splendid view of the town. The living area is 160 sq m and the garden which goes with the house is 720 sq m. Although the property is not finished, it is a very profitable option because of the wonderful landscape, location and its massive construction.

If you wish a place where you can have a sure relaxation after the noisy and nervous week, this is one of the most appropriate offers. Do not hesitate!

Apartment for sale in Plovdiv

We are offering you for sale an apartment in a luxury building with excellent location and communications!   The building has luxurious common parts, hydro and thermal isolation, four-chamber ALUMINIUM window joinery, internal sliding doors, intercom and elevator. The apartment has total living area of 100 sq m and consists of: one bedroom, living room with kitchen, two balconies, bathroom and toilet. The exposure is towards east and west. The apartment comprises with beautiful view, spacious living room and a sunny bedroom.   The property is luxuriously furnished and finished. The flooring is laminate of the highest quality that does not scratch. All the furniture and equipment is made by a designer.   There is a parking in front of the building. 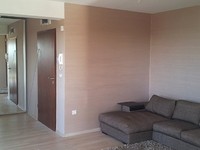 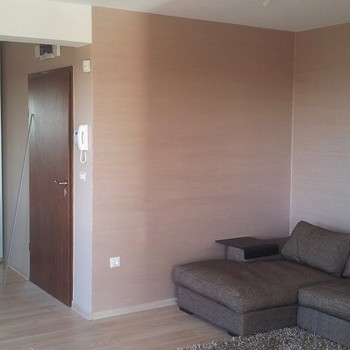 New apartment for sale in Plovdiv

The apartment is situated on the sixth floor of a 7-story new residential building. The building comprises of 3 residential sections and an underground level. There is an elevator for your convenience. The property is situated on Boulevard Peshtersko Shose, close to the Rowing base, hospitals, shops, school and a kindergarten. The apartment is located in B-Section. The distribution inside is as follows: entrance hall, living room - dining room with kitchenette, terrace, two bedrooms, a bathroom with toilet and a toilet. The total living area of ​​the apartment is 84.28 sq m, of which the clean living area is 72.84 sq m. The price also includes a basement (3.83 sq m). The finishing meets the Bulgarian government standards: exterior armored door, PVC windows, floors - leveled screed, walls - machined gypsum plaster, bathroom - cement plaster, piping and electrical wiring. 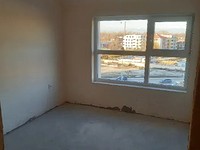 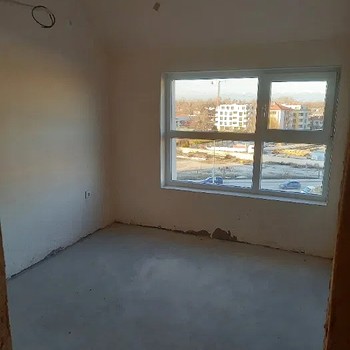 Apartment for sale in Plovdiv

We are offering you for sale a luxury finished and fully furnished one-bedroom apartment located in a new residential building completed in 2009, with access control. The apartment is located on the third floor in Kyuchuk Paris area of Plovdiv, in a 5-minutes’ drive from the city center. The property consists of a spacious living room with a kitchen box, one bedroom, an entrance hall, a bathroom and a terrace. There is no basement. The finishing of the apartment is realized according to a designer project and includes wall cladding, kitchen top with dining table made of natural marble, Italian granite tiles, suspended ceilings, Italian plaster in the living room and the bedroom, hand painted interior wall in the living room, luxury interior doors and PVC joinery and much else. The apartment benefits with TV and internet connectors in both rooms and mounted sensors for security. Extremely suitable for investment. 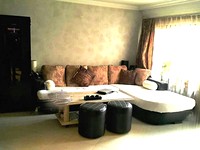 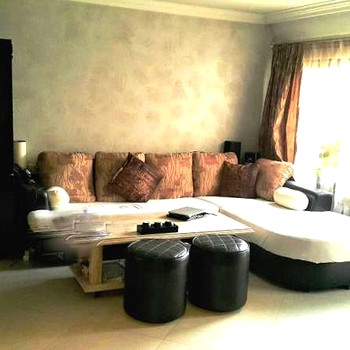 Park Mall Opening in Stara Zagora Draws Huge Interest 21/01/2009
More that 60,000 people visited the new Park Mall commercial complex in Stara Zagora in the first three days after its opening. The number of visitors in the opening day (October 31) reached 25,000.The mall draws the interest of the clients from the entire region including Haskovo, Yambol, Nova...
No Offers For Ruse Airport 06/04/2009
Not a single offer was submitted for airport Ruse, which was proposed for a concession.This claimed the regional governor Maria Dimova, cited Darik radio. The decision the tender to be cancelled was taken on 17 March, added Dimova. The new procedure for the airport in Ruse was announced in...
Bulgarian property ::  Недвижимость в Болгарии ::  Proprieta in Bulgaria ::   :: Towns in Bulgaria :: Property renovations :: Services and Fees :: Bulgaria Property FAQ :: Map Search :: About Bulgaria :: Mortgages :: Property insurance :: Testimonials :: Contacts :: Disclaimer :: Mountain properties :: Golf properties :: Lake properties :: Rural properties :: Properties in Beach Resort :: Properties in Ski Resort :: Properties spa Resort :: Apartments in Bulgaria :: Land in Bulgaria :: Houses in Bulgaria :: Bulgaria property investment ::
© Best Bulgarian Properties Ltd. - All rights reserved
Massive House In The Foot Of The Mountain Rodopi 5 km Away From Plovdiv