Information about the town of Varshets 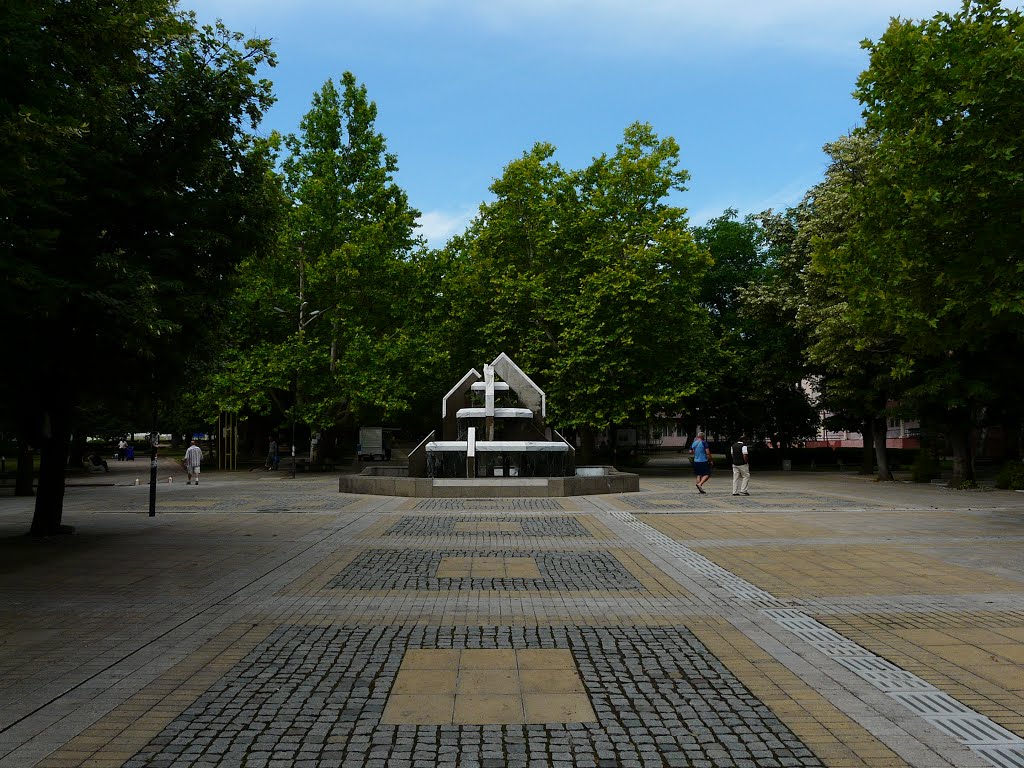 National resort Varshets is located on the northern slopes of the Western Balkan about 400m altitude over the picturesque river Botunya, 85 km north of Sofia and 30 km south from the town of Montana. Varshets valley is a wonderful place for recreation, sport, climatic treatments and balneological treatments. It`s proximity with ancient forests, bizarre rock formations, beautiful and diverse landscapes of mountain Koznitsa makes it a great place for tourism. The greatest wealth of Varshets valley are the numerous mineral springs with a strong healing effect on its waters.
The climate in the region of Varshets is continental influence in the west and north-west winds, with features of continental climate of this region and the high valleys. The combination of hills, river, valleys with a specific physical and geographical aspects of the municipality relating to sub a moderate continental climate. Characterized by cold winters, hot summers, cool spring and autumn. The average January temperature is - 2,1 °C, average July temperature is 22 °C and the average temperature reaches 11 °C, typical large temperature variations. South in mountainous areas reduce temperature variations . Precipitation from rain and snow, the annual amount is 953 mm/m2 with peaks in May and June and the minimum in January and February. Seasonal distribution of precipitation is uneven, with most rainfall in summer. Average number of national no precipitation is small, soft cover lasts an average of 60 days per year.
Varshets mineral springs have been used in Roman times evidenced by the ruins of a Roman fortress, Roman coins and small ceramic tiles. In Varshets since 160 years they treat diseases of the heart and nervous system, musculoskeletal system . With its composition of minerals the Varshets mineral water has its analogues in Argentina, Ecuador, and India. The city is situated in extensive forests, and the air is clean, slightly moist and soothing .
The town has the second largest on the Balkan Peninsula Natural park after Borisova Gradina in Sofia. In the center of the park is the place Ivanchova meadow. 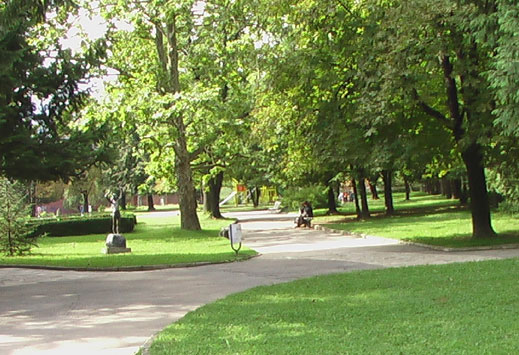 The first mineral bath in the town, built in 1910, was too small for the numbering new incoming patients and in 1930 they built a second bigger one. The mineral water comes from several springs with a temperature of 37 °C. Their water is clear, colorless, alkaline, slightly mineralized, low water hardness and tasty qualities. Contains aluminum, iron, barium, lithium phosphate, manganese and others. It is used to treat cardiovascular diseases, diseases of the central nervous system, musculoskeletal and others. The resort complex offers an excellent base from two spa clinics , numerous hotels, pansions, private rooms and guest houses.
The Art Gallery in Varshets has 664 paintings and 27 sculptures from wood, clay and gypsum. The gallery is raised from donations of art workshops held during the traditional "Feast of the resort, mineral water and the Mountain".
The Museum in Varshets contains 4 sections: "Antique", "Archeological Finds" and "Coin Collection", "Wellness" and "Ethnography". There is also a showroom.
5 km from the town is the village Spanchevtsi, also known mineral spring resort with remarkable healing qualities of the waters.

In the vicinity of Varshets are interesting sights and places for recreation and tourism. The most recent and easily accessible location is The Waterfall - about 3 km. To The White Waters there are 2 road - for pedestrians and asphalt. The area Zaleni del over the quarter Zanozhene is favored picnics and tents. There is held annually folklore singing fest. For fans of the mountain tourism interest is Todorini kukli peak - one of the highest points in Stara Planina Mountain. 7 km northwest of the city there paleontological field of early fauna and flora. Remains of Roman fortresses were found in villages Cherkasky and Dolno Ozirovo around Varshets. Remains of an old village were also find in the area "Selishteto". About 30 km southeast is the park "Vratsa Balkan". About 30 km east of Varshets is situated the town of Vratsa, in whose surroundings are the cave Ledenika, the reserve Zmeyuvi dupka, Vratsa Karst and numerous chalets. Berkovitsa is located 16 km to the northwest. 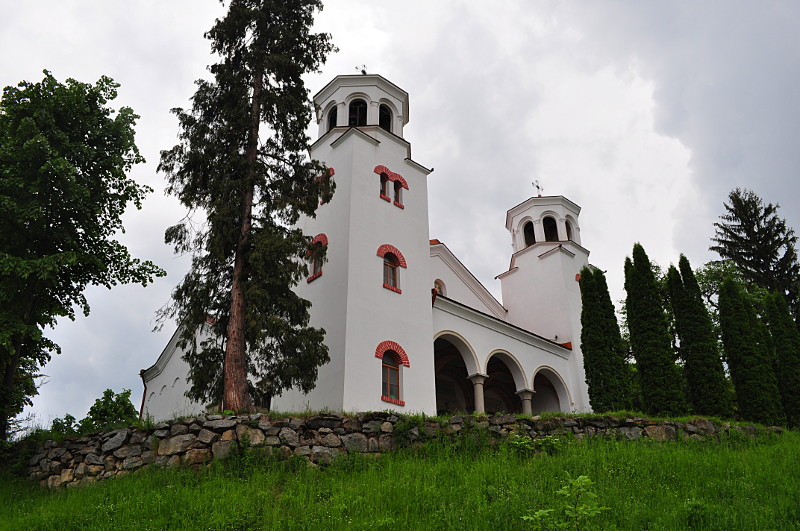 Klisurski monastery "St. St. Cyril and Methodius" is located at the foot of the mountain peak Todorini kukli (1785 m), 9 km from Berkovica and 12 km from Varshets. It was founded in the first half of the thirteenth century, and then was called Vreshtitski monastery because of its location in the valley of the River Vreshtitsa. During the long years of its existence, the monastery was destroyed, robbed and rebuilt several times. In the middle of the nineteenth century the monastery was rebuilt with donations from local people. Archimandrite Antim Damianov from Berkovitsa takes the initiative for the restoration of the monastery and in 1869 built by himself the cookhouse, and later rebuilt the chapel "St. Nicholas". In the period 1887 - 1890 was built the temple "St. St. Cyril and Methodius". In time around the monastery complex were added outbuildings. The new church was officially inaugurated in 1891 by the Bishop of Vidin. Klisurski Monastery is one of the centers for the development of Bulgarian education and literature and the Christian religion. After the Liberation (1878), in the period 1936-1937, the main church was restored and Samokov masters did the iconostasis. In the courtyard of the monastery is a spring which is considered curative waters. The Monastery "St. St. Cyril and Methodius" is acting nunnery. It offers accommodation as well. 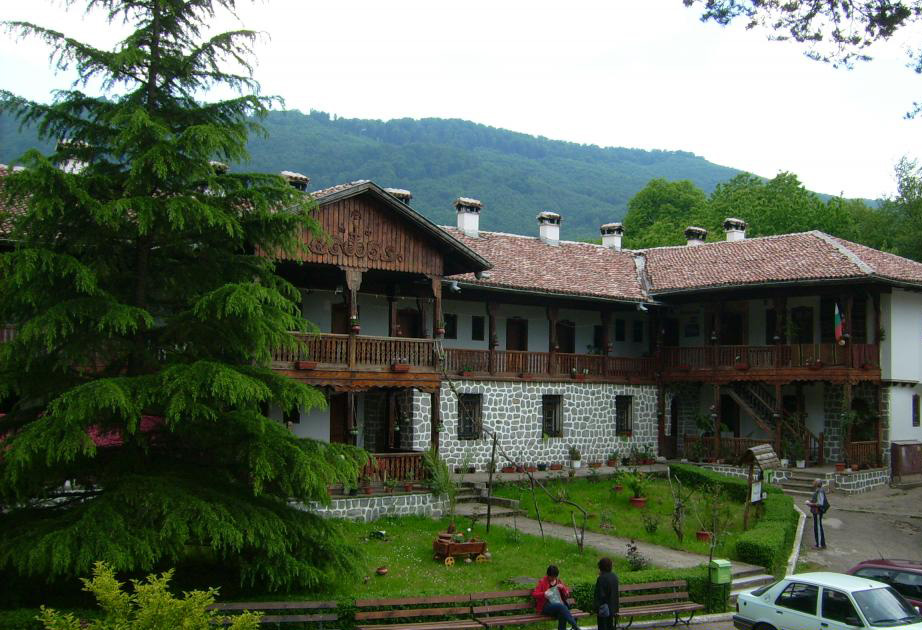 Ecotrail "Ivanchova polyana" is located in Varshets. The beginning of the trail is from the outskirts of the city, and the end point is the area "The Waterfall". The total length of the route is six kilometers. The route crosses the area Ivanchova polyana from where comes the name of eco trail. During the transition can be seen the slopes of the mountain Todorini kukli, Varshets and water cascades at the end of the route. Along the path there are picnic places.

Boulevard Chinarite (The bells) starts from the center of the town and continues west towards the neighborhood Zanozhene. Nearly 100 years old trees form a tunnel. In autumn the leaves are dyed yellow- brown tones, giving the boulevard additional color charm. At the beginning of the driveway there are benches and a fountain. Nearby is a playground, cafes, restaurants, office buildings and the former royal casino. The driveway that starts from the town center is pedestrianized. The total length of the boulevard with planes is almost 2000 m. Around the alley you can see a number of houses designed in the first quarter of the 20th century, bearing the imprint of the current at the time of European architectural styles. Around there are trees- Sequoia Giganteya - plant species declared as natural landmark. 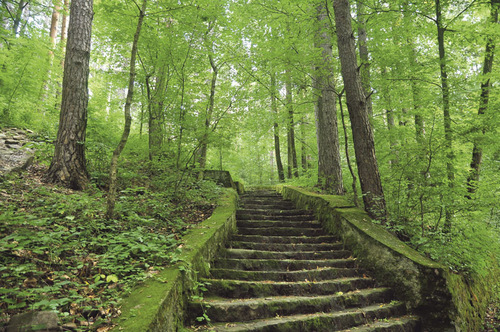 Balneology
The ruins of a Roman spa facilities and objects in Varshets evidence for the use of mineral waters since ancient times.
There is mineral water from several springs. Their temperature is 36.4 C to 38 C and with total capacity of 15 l/sec. Water from all mineral springs is with low mineralization, alkaline, hydro -carbonate, sulphate-sodium, low water hardness, clear, colorless and good tasty qualities. Contains elements such as iron, lithium, barium, aluminum, strontium, phosphates, manganese, arsenic and the like. Suitable for indoor reception, inhalation, irrigation. Water is used for the treatment of :
Functional diseases of the central nervous system
Cardiovascular disease
Endocrine and metabolic diseases
Gastrointestinal diseases
liver disease
Diseases of the nervous system
It is suitable for general maintenance, strengthening and hardening of the body , physical and mental fatigue, and more. 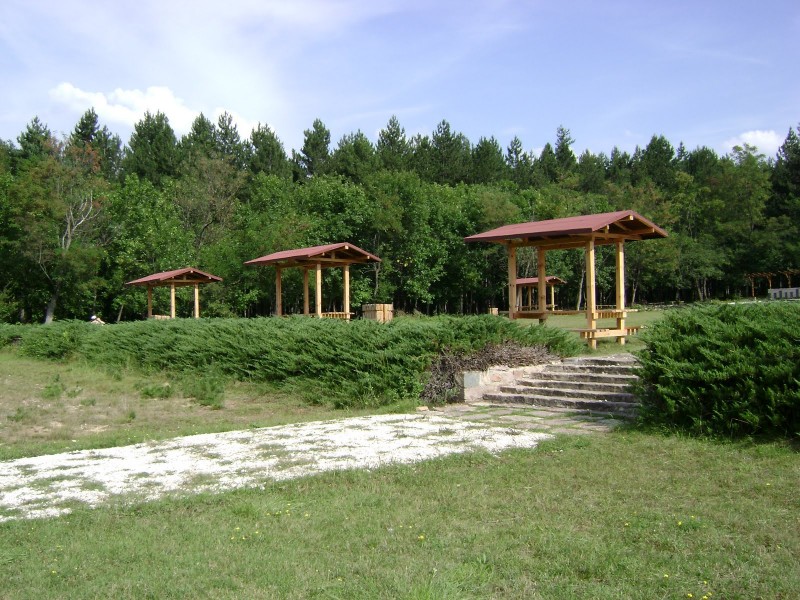 Varshets occurs around mineral springs and its history is linked to the spa. The thracian boy- god Telesphorus whose unique bronze sculpture from the 2nd century BC was found in these places, today is a symbol of the city. The city's past starts from late antiquity under the name "Medeka" (Medicus - healing) to reach declaring it a national resort in 1950 and as a town in 1964. The oldest written record of its existence dates from the VI century Byzantine chronicles. In the area Kaleto, where there are still ruins of the ancient fortress were found medical and pharmaceutical tools, plate for rubbing medicines. It is assumed that this set of tools belonged to a military doctor, because in these garrisons were camped troops to protect important roads to Serdica, Bononia and others. The old name Varshets translates as warm, boiled water.
In Turkish documents from XVI century is mentioned that Varshets then was under the name Virishniche. 1850 is considered the birthday of the resort Varshets when was cured with mineral water Dimitar Luchkov and gave glory to the mineral water. In 1910 was built the first public mineral bath whose manager was Damian Ivanov- the first Balneologist in Bulgaria, graduated in medicine in Austria. He implements all the scientific knowledge of medicine, SPA and multilateral European culture. He manages to turn Varshets into a famous resort at European level and a favorite place for the elite society of Bulgaria. In 1930 was built a new bath which has antique-style with built villas and hotels arranged on both sides of the romantic Boulevard Chinarite and the famous Bansko casino, which was the first in Bulgaria (later called Royal, because Prince Cyril also visited it). In 1934, in the city center was built Solar garden. In 2000 was built a Rockery monument donated by the magazine "Garden" (ed. by G. Vaglyarska) and in 2002 in the central part was built new mineral fountain.