Information about the town of Tvarditsa 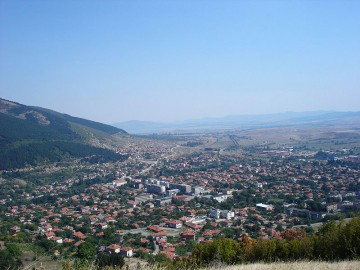 Tvarditsa is located in the western part of the Sliven region. North it covers the southern slopes of Elena - Tvardishki part of Stara Planina where it borders with Elena Municipality, Veliko Tarnovo region; to the east - Sliven Municipality; to the south by the municipality of Nova Zagora and the west with the municipality Stara Zagora. Its territory covers the hills Medzherlik (Sredna Gora Mountain) and part of the valley of river Tundzha and dam lake "Jrebchevo". Its central part is occupied by Tvardishko and Shivachevskoto fields. The total area of the municipality is 442.5 square kilometers.
The geographical position of Tvarditsa municipality and the pass through it  of the sub-Balkan Transport Corridor - railway and road Sofia - Karlovo - Bourgas, is good for the economic relations with neighboring municipalities, as well as other areas in Bulgaria. Over the next one to two years is expected route of unfinished highway "Trakia" to go to Nova Zagora which providesthe general speed access and high-class road time.
Tvarditsa municipality consists of 10 settlements: two towns - Tvardica and Shivachevo and 8 villages - Sborishte, Orizari, Chervenakovo, Bliznets, Sartsevo, Borov Dol, Byala Palanka and Zhalt bryag.
Key economic sectors with traditions are textiles, mining, logging and timber production, agriculture, food industry, transport, trading and services. 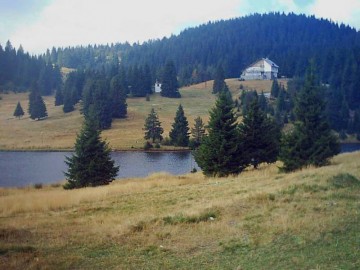 Mountains, beautiful lake, caves and waterfalls, clear rivers and lush crossing old oak and beech forests and widespread lush meadows and meadows. Tvarditsa will enchant and captivate giving you everything, but most - the hospitality of the local people.
Waterfalls. North of Tvarditsa along the river meanders among the picturesque river gorges and panoramic view of the medieval fortress "Gradishteto", the river has formed another creation - the fabulous ensemble of three flowing into each other waterfalls. In the area "Kurela" along the Kozarevskata River is located a system of waterfalls "Trite skoka”. The height of the largest waterfall is 10 meters.
Caves. In the municipality can be visited seven caves that are very interesting from a natural, scientific and historical perspective. Cave "Pchena" is located north of Tvarditsa in the region "Paisii". The entrance is located at 1280 m altitude.
Eco trails. In the municipality, near the huts "Chumerna" and "Forest Home" national trail runs from the peak "Kom" to cape "Emine". Very popular and attractive is a walking route from the town Shivachevo to the waterfalls. 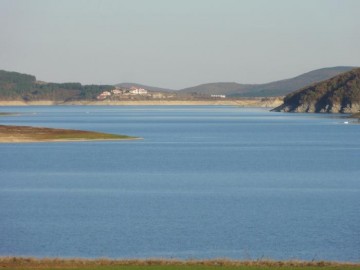 Hunting and fishing. Rough terrain, various exhibitions, deciduous vegetation and pastures. Connoisseurs will find an incredible variety of game and fish.
North of Tvarditza along the river meanders among the picturesque river gorges and panoramic view of the medieval fortress "Gradishteto", the river has formed another creation - the fabulous ensemble of three flowing into each other waterfalls.
South of the mountain peak is Chumerna dol from which spreads the south area Sheshkingrad. This is a rocky hill, which covers an area of 1 km in diameter. Part of the space is filled with ground stone walls thick 2 steps. There are found pieces of tiles and ceramics. Shkorpil who toured these places in 1885, called the Sheshkingrad "Shishkingrad iki kapalar", ie Shishkingrad with two doors. Here there is a large fort located at an important crossroad. One path leads to Elena and Veliko Turnovo, the other - to the east of the valley of the River Bele dere where splits – to the east to Sliven and south of the fortress of Shivachevo and fourth goes south to Tvarditsa. 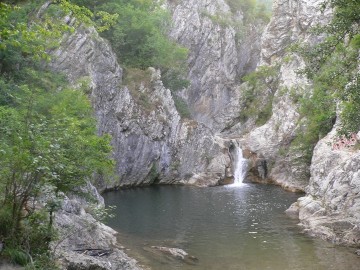 A mile south of Sheshkinkrad in the area Zimnika there are visible foundations of stone buildings which in places after heavy raining reveals and crosses. 10 km south of the area Zimnika is Gradishteto of Tvarditsa. It is assumed that the defense system was established during Shishman whose name is associated with the fortress Sheshkingrad ie the fortress and buildings in the area Zimnika and Gradishteto are Bulgarian and had defensive function.
Peak "Chumerna"
Its rocky “forehead” is separated from the surrounding forests and steep side’s rocks. Chumerna name reminds frequent clouds and fog, which shrouded the peak. In a good and clear weather it has a wide view south to Thrace, and north Bulgaria and to the Eastern Stara Planina Mountain. Chumerna (1,536 m) is the highest peak in Central and Eastern Stara Planina Mountain. It has the shape of a giant horseshoe slightly bent to the south. 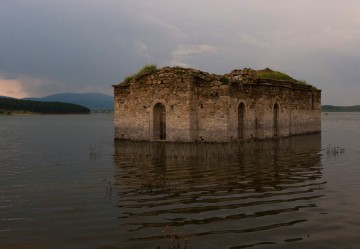 The average annual temperature is about 12C. In winter, the average monthly temperatures are 1-1.2 ° C and the midsummer temperatures are between 18 - 20C. Characteristic for the municipality is the so called "Bora" wind, which is oriented north-south direction and is constant throughout the year.
The main soil type in the municipality is maroon- forest. They are suitable for the cultivation of vineyards and orchards.
Water supplies of Tvarditsa include several rivers and small dams. Water resources are sufficient in quantity, but are underutilized. There are mineral springs. Some of the rivers are suitable for the construction of mini-hydro power plants.
The structure of the land fund forests with a share of 65%. Obviously, forests appear very great resource for the city, both as a source of raw material for obtaining wood and woodworking, and for recreation and tourism. Currently, this industry generates mainly product with very low added value: logs, timber for building and firewood. 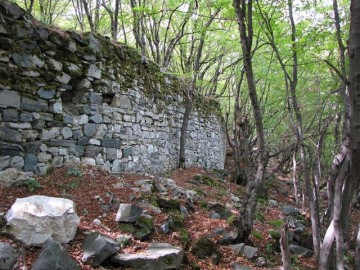 Significant deposits of minerals in the economy of the municipality are black coal. Following the structural reform of the coal, however, their yields decreased continuously and has shrunk to symbolic quantities and use no more than 20% of the deposits. From the industrial minerals more are essential natural stone materials and deposits of clay, sand and gravel. It has been proved the existence of a new field of industrial scale diorite, which development in the presence of the investment is a good prospect. Near the village of Byala Palanka there are deposits of dolomite refractory material, but mining is not performed. The territory of the village of Borov Dol has shale oil reserves.