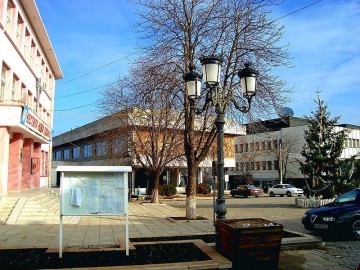 The municipality of Topolovgrad is located in southeastern Bulgaria. Administratively to District Haskovo, it is located in the north-eastern part. It is bordered to the north and east by the District center Yambol /Elhovo municipality and Tundzha municipality/. West and northwest of Stara Zagora district /Radnevo and Gulubovo/. Southeast borders with Turkey. To the south with the municipalities Svilengrad and Harmanli, district Haskovo. The area of the municipality includes the northern and eastern slopes of the Sakar Mountain and foothills and lower reaches of Tundzha.
Within the municipality Topolovgrad is included the northern and eastern slopes of the Sakar Mountain, its vast northern outskirts, river valleys of Sokolitsa and Sinapovska and part of the lower reaches of Tundzha to the state border with Turkey.
Sakar mountain is a low mountain with its highest peak Visegrad (856 m). Despite its small height, it impresses as shapely mountain range with steep north and east slopes.
The largest river flowing through the area of ​​the municipality is Tundzha that separates the Sakar mountain and Derventski Heights. It infused many small rivers that flow from Sakar and the northern and eastern slopes of the mountain. 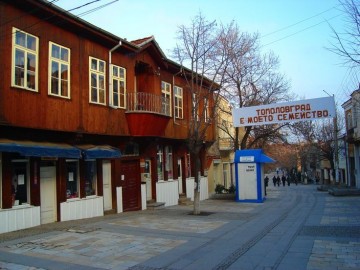 In terms of climate Topolovgrad Municipality falls within the transitional Mediterranean climate.
The area has a diverse soil cover - maroon forest soils, earth-resinous and alluvial-meadow soils. Total arable land in the municipality is 330 820 thousand hectares, and forest occupied 19470 hectares.
In Sakar region are established 600 species of higher plants, two of which are local endemic species, seven are Balkan endemics and relicts are seventeen. The appearance of the natural vegetation in the Sakar Mountain is determined mainly by oak forests mixed with hornbeam, linden, maple and other tree species. As a result of afforestation in the last 40 years in the forest ecosystem of Sakar Mountain appeared new, non-indigenous plant species. Occupy large areas of forests and Scots pine, Douglas fir, acacia, birch, ash, chestnut, etc.
Specific area with interesting flora is River Valley Tundzha. Here the river has formed two picturesque gorges. Vegetation is represented mainly by river and forests. The most common are poplar (white, black, aspen), but also willow, wicker, summer oak, alder, acacia, plane, etc.
The municipality of Topolovgrad is rich in medicinal plants (112 species).
Globally threatened the Imperial Eagle is found here- one of their last refuges (5 of 20 nests in Bulgaria) and has become a symbol of the Sakar Mountain. Of special interest are the two globally threatened species of tortoises, which number in the region is one of the highest in Bulgaria and Europe.
The presence of various natural and anthropogenic resources concentrated on a relatively small area, allows the practice of a wide range of species and ecological sustainable tourism in Sakar Mountain and the lower reaches of Tundzha. 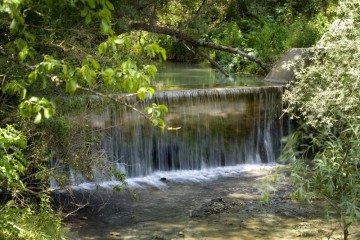 Tourism and ecotourism - best for these types of tourism are the higher parts of the mountain and Dolnotundzhanski gorge.
Cognitive science
Botanical - a wide variety of medicinal plants and rare plant species in the higher parts of the mountain and the valley of Tundzha.
Birdwatching-Sakar Mountain is one of the areas of great ornithological importance for Bulgaria - interesting places for bird watching are the valleys of Tundzha, Sinapovska, near the village of Kapitan Petko Voyvoda and others.
Monitoring of butterflies, amphibians and reptiles, mammals, etc. - In the land of the village Orlov Dol is the only country farm bison. There will be rare and endangered animal species inhabiting the Sakar Mountain and Valley Tundzha.
Water tourism- river Tundzha provides opportunities to practice different water sports - rafting kayaks, boating and etc. Opportunities for sport fishing has on larger dams along the river.
Biking - throughout the Sakar Mountain is very convenient for cycling because there are many roads, low altitude, the hilly terrain, proximity to populated areas, etc.
Horse riding - horse facilities and companies offering horse riding in the area will not, but in any area can be found landowner who charges you a cart around the area of the village.
Photo tourism - the area offers wonderful and still unknown to this industry opportunities - the highest part of Sakar, the river valleys of Tundzha, cultural and historical monuments of Sakar, the nature of Sakar, Sakar people and etc. 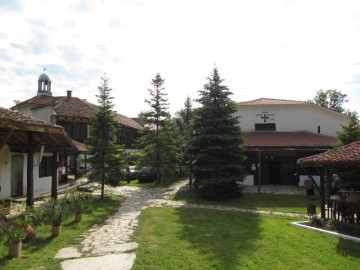 Cultural Tourism.Visit museums, historical and archaeological monuments, places of historical, cultural and religious significance - rock Thracian sanctuary "Paleocastro", dolmens - the villages Hlyabovo, Balgarska polyana, Sakartsi, Planinovo, the monastery "St. Trinity”, churches, chapels and sacred places of Christianity, museum collections in Topolovgrad and village of Radovets.
Rural Tourism - typical architecture is well preserved in most of the villages of Sakar. In some of them already is offered accommodation in rustic homes, you can try rustic dishes and drinks to see interesting customs and traditions. Interesting and picturesque are the lands of villages of Radovets, Planinovo, Sakartsi, Hliabovo, Mramor, Kapitan Petko Voyvoda, Balgarska morava, and others.
Sakar region has been inhabited since ancient times.
This region is included within the limits of the ancient kingdoms of the Thracians, Phrygians the Celts, the Empire of Philip and Alexander the Macedonian, Roman and Byzantine. 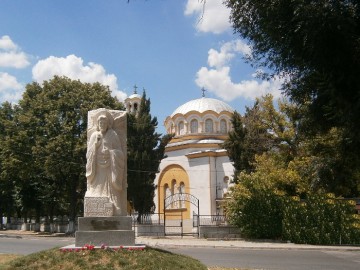 After the formation of the Bulgarian state and during the Bulgarian khans Tervel, Krum and Kardam, the area became part of Bulgaria. But in the border region between Bulgaria and Byzantium often has been subjected to devastating military campaigns. The region came under Ottoman rule in 1373 during the march of Timourtash Bay to Yambol fortress.
The first data about Topolovgrad /Kavakli/ located in its current location we have since the XVI century, when it was Vakuf of Sultan Bayezid II. After that it was mentioned in tax records more with the names: Kavakla, Kavakli, Kavakliy. During the XVIII and XIX gradually in Kavakli and the area was emerging an important vegetables producing, vine, and livestock; craft as well. In the region is produced in large quantities okra, garlic, onions, cabbage, which is marketed in Edirne, Istanbul, Thessaloniki and the way to Alexandria, Romania and Austria. Well were known and famous the Kavakli brandy and local red wines. Each week breeders from Kavakli and Kiries drove cattle and sheep to the markets of Istanbul and Edirne.
Kavakli locals were known as master tailors, painters, masons, winemakers. In the Kavakli monastery were held large fairs that used to gather many people and traders from far and close lands.