The town of Sliven has a population of 100 695 and is 270 m above sea level. It is situated in the eastern part of the Gornotrakiyska Lowland at the foothills of the Sliven Balkan. The tow is situated on 279 km east of Sofia, 28 km north-west of Yambol, 70 km north-east of Stara Zagora and 114 km west of Bourgas.

Most probably the name derives from the location of the town, i.e. fusion of the field, the mountain and the three rivers of Assenovska, Selishka and Novo-sselska (?slivam? ? to fuse). The town sprang up in the period 7th ? 11th centuries by a the old military road from the Danube through the Vratnik Pass (Zhelezni Vrata Iron Gates) in the Balkan mountains to Tsarigrad. 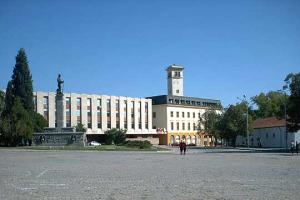 Idrissi, Arabian geographer, was the first to give information about the town in 1153 calling it Istilifounos. Later it became known with as Silimno, Slivno. In 1388 the town was conquered by the Turks and entirely destroyed. Father Paisii mentioned it in his ?Istoria Slavyano-bul-garska? (18th century) already as Sliven.

During the first decades of the Ottoman Rule Sliven enjoyed privileges as a settlement of people breeding falcons and people guarding mountain passes. Gradually the town became an important craft centre, growing further in size and well being. It gained popularity for the weaving of the woolen cloth called kebe. In 1828 there were about 20 000 inhabitants. Sliven was liberated in 1828 in the Russian-Turkish War. When the Russian soldiers withdrew more than 15 000 Bulgarians left with them and settled to live in Romania, Bessarabia and South Russia. In 1872 the population of the town numbered 25 000 inhabitants.

Sliven grew as town of crafts and trade, making use of the water power of the rivers. The craft of manufacturing aba (homespun coarse wollen cloth and upper men?s garment made of it) was best developed. Up to 400 traders would annually visit the town to buy thousands of metres of woollen cloths. The craft of rifle making became second of importance. In 1836 the first woollen textile factory in Bulgaria was built in Sliven, that of Dobri Zhelyazkov the Factory Owner. It was three-storied, with 20 spinning machines, 6 mechanical looms and 500 workers. Its big stone buildings are still preserved. Traders from Turkey, Poland and Hungary would come to the annual fair in Sliven. It rivalled the fair in Ouzoundzhovo.

The Town Museum of Revival Arts has a permanent exposition of works of Revival Period painters as Dimitur Dobrevich, D. Danchov, N. 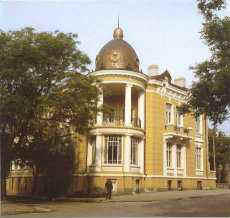 Pavlovich, as well as painters from the first decades after Liberation - Ivan Murkvichka, Anton Mitov, Ivan Angelov, Yordan Kyuvliev, etc. Hadgi Dimitur House-Museum is situated in the south-western part of the town and comprises a complex of several buildings restored in different periods - the native home with its interior, the inn and some of the farm houses. The 19th Century Sliven Lifestyle House-Museum is located in a building of 1813 having a very interesting architecture. Dimitur Dobrevich Art Gallery and Exposition in Mirkovich?s house. Dobri Chintoulov House-Museum. Modern Bulgarian art is displayed in the permanent exposition of the painter Sirak Skitnik. The monument of Hadzhi Dimitur was built in 1935 in the centre of the town. The figure of the legendary leader stands on a rectangular column. At the foot of the monument, in special niches one can see the busts of outstanding people from Sliven from the period of Revival. The Stariyat bryast (The old elm-tree) (600 years old) can be seen in the centre of Sliven. One can also visit about ten Christian temples.

There are regular bus lines to Yambol, Nova Zagora, Karnobat, Aitos, Bourgas, Elena, Veliko Turnovo and many other smaller villages and towns in the district. The bus station and the railway station are situated in the southern part of the town not far from each other. The town is a major railway station on the main railway line Sofia ? Karlovo - Bourgas. There is well-arranged bus and trolley transport in Sliven.

Near the road to Kotel and Karandila, in the north-eastern end of Sliven is the initial open-seat lift station in the direction to the area of Karandila. The lift brings all volunteers to roam Sliven Balkan Mountain up to more than 600 m variation in altitude for about 20 min. There is a town bus line from the town centre to the initial lift station.

The area of Karandila situated north-east of the town, among the century old forests of the Sliven Balkan Mountain. Here one can visit the Sinite Kamuni Natural Park (with extremely interesting rock formations like Halkata - the Ring, etc.), the Karandila Tourist House (950 m above sea level, offering 180 beds, restaurant, coffee-bar, bar, etc., there is a 32-km long asphalt road to the town), the Karandila Chalet (970 m above sea level, 24 beds, 500 m away from the Tourist House). The area offers excellent opportunities for rest, sports and tourism; there is a ski-run with two ski-taglines, a football playground of Olympic size, a lake with boats, classified rock sites for mountaineering and sports climbing. This is the point of departure for a number of marked tourist tracks round the Sliven Balkan Mountain (See the Stara Planina Mountain related chapter herein). There is no regular transport with the exception of the above-mentioned open-seat lift. 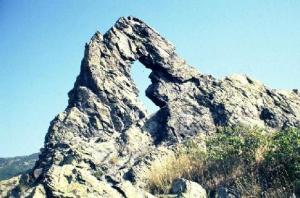 ki) - situated 12 km south-west of Sliven at the village of Zlati Voivoda (former Dzhinovo), near the road to Nova Zagora. A whole balneological resort has sprung up near the mineral springs (44°-45°C and output rate of 16 litres per second). People use the water to cure diseases of the spine and bone-system, the peripheral nerve system, stomach, intestines, liver and gall-bladder, etc. Apart from the sanatorium and the other medical establishments, there are two hotels, The Central Hotel and Zhiva Voda (Water bringing back to life) Hotel. There are regular bus lines to Sliven and Nova Zagora.

Aglikina Polyana (the Meadow of Aglika) - 38 km north-west of Sliven, in the Elena Balkan Mountain, situated immediately next to the Vratnik Pass. A historical area that entered the Bulgarian national history as the most popular gathering place of the haidouts (armed revolutionaries). It is a large meadow (80 m wide, and 200 m long) surrounded by venerable oak-trees and beach trees. A memorable inscription was carved in a big natural stone slab. It is a point on the route from Mt. Kom to the cape of Emine along the ridge of the Balkan Mountains. There is no regular transport. An asphalt path leads from the marking booth at the Vratnik Pass to the meadow itself.