Information about the town of Nova Zagora 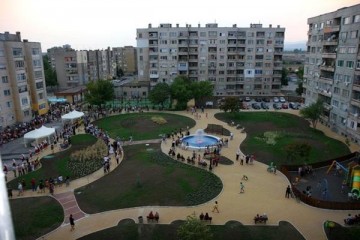 Nova Zagora Municipality is part of Sliven district. It is located in the southwestern part of the district. Its area is 876.9 square kilometers. North it covers the southern slopes of Mezhdenik parts of the valley of the river Tunja and Srednogorie, southeast – the northern Svetiliiski Hills and the central part is occupied by the flat Nova Zagoravalley.
Nova Zagora municipality is located in southeastern Bulgaria ( in the northern part of the Upper Valley) between major regional centers Stara Zagora, Sliven and Yambol. It is the second largest municipality in the Sliven region and covers an area of
876.9 sqkm of which 725 517 ha are agricultural land and 116,056 acres are forest.
The structure of the land fund of the municipality of Nova Zagora dominated lands are for agricultural use. They occupy 80.04% of the entire territory. The forests cover 11.66% . Areas of transport and infrastructure occupy 0.89% of the entire area, and fund settlements falling 1.86%.
The territory of the municipality traversed rivers Tunja , Blatitsa and Ovcharitsa . Here is Jrebchevo dam as well. 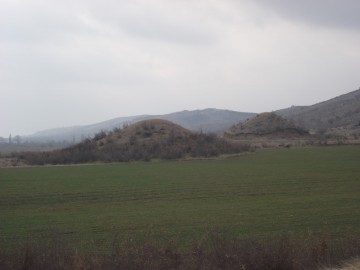 Nova Zagora Municipality with its natural potential, socio - economic parameters and educational structure is characterized by a relatively well-developed in terms of economy and infrastructure and ranks second in the region after Sliven Municipality.
Based on recent data the population of Nova Zagora Municipality is 45 111 people. The population density is 51 p/ Sqkm below the average for the country and region. The Municipality consists of 1 town and 32 villages.
Arable farmland, forests and grasslands are having potential importance for the economic development of the municipality. They are the basis for the development of modern agribusiness within it`s territory.
Nova Zagora is located in the Upper Thracian Valley, 37 km from Sliven and 32 km from Stara Zagora. The earliest traces of life in these places are from 7-6 century BC and were found in the survey of mounds such as the Novozagorka, Gyundiyska, Karanovska and others, which are numerous and characterize the region as the richest settlements of this type in Bulgaria. The territory and around Nova Zagora has 156 cultural monuments, but most interest are the Karanovska and Dyadovska mounds. Karanovska mound is one of the oldest in Europe and it embodied all the ancient eras - from Neolithic to Bronze. There was found a round seal containing the first stages of writing at all. The Historical Museum of 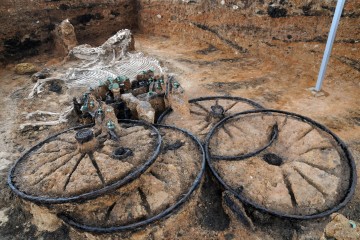 Nova Zagora stores unique exhibition of Thracian chariots, and here is the largest in the world quadricycle, found near the village Korten. Interesting in the area are the historic sites. Close to Nova Zagora is Stoil voivoda village which is the birthplace of the leader Stoil and where there is more than 100 years old church and village Zagortsi, which was the birth place of one of our greatest freedom fighters – Panaiot Hitov. In Zagortsi there is a church since 1835, and in 1858 a school was opened. Besides cultural and historical monuments tourists have the conditions for eco and rural tourism, fishing and hunting. In the area of ​​Nova Zagora are built hunting fields and fishing ponds that attract tourists not only from the country but also from abroad. Traditional are the international hunting and sport fishing. The nearby village of Banya has thermal springs and spa tourism development and cultural traditions in the region are very attractive and create conditions for rural tourism. To acquaint tourists with nature, cultural monuments and historical sites in and around the city are built to interesting tourist routes. The choice of hotels in Nova Zagora is good, and if by chance all accommodation base is busy, a good alternative to the hotels around Jrebchevo, guest houses in Banya, Chernogorovo and others.
The first signs of life in the region of Nova Zagora are dating from the end of the VII and the beginning of the VI century BC. They are found in the lowest cultural strata of Nova Zagora mound; Gyundiyska mound - at the northeastern end of Nova Zagora; Karanovska mound; mound Pachnika next to Korten; Diado Nenova next to Konyovo and others. 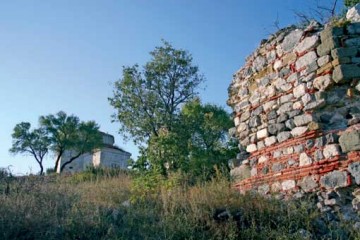 Mounds (multilayer settlements inhabited for millennia ) near Nova Zagora are 26. They characterize the area as richest in settlements of this type in Bulgaria. Conducted archaeological excavations of settlement mounds - Dipsizka, Karanovska, Dyadovska, Nova Zagora, allowed to make important contributions to clarify the cultural development of the ancient inhabitants of our land. The names of the archaeological cultures "Nova Zagora", "Asenovets", "Ezero", "Karanovo". Scientists from the Netherlands, Australia, Japan, England, Russia participated and continue to participate, more than 40 years of archaeological research in Nova Zagora.
The local population takes part in the April Uprising with the leader Stoil who remains with his heroic death in the history of Bulgarian national liberation struggles.
During the Liberation War 1877-78 Nova Zagora region find themselves in the center of hostilities. The bottom line is fierce - thousands dead and homeless burned homes, churches and schools.
The development of the city from ancient times led to the creation of a European-style village that keeps and continues long tradition. 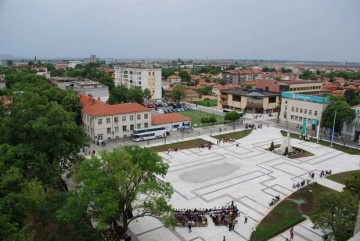 Bulgarian lands are at a crossroad, and Nova Zagora is a small model of this crossroad, with the intermingling of different cultures that existed here during 9000 until today, and hopefully in the future.
The territory of the municipality of Nova Zagora covers geographic region with a moderate continental climate. The average annual temperature is around 12 degrees. In the winter the average monthly temperatures are positive - 1.2 degrees. Winters are mild and dry, hot summer fairly - 23.2 degrees average temperature in the summer months. Autumn is longer than spring. Rainfall is limited.
Water resources of Nova Zagora municipality are not large. Their influence on the amount of mercurial regime of rivers, limited rainfall during the summer months and most polluted river and lakes. The main water resource is river Tundzha, the largest tributary of the Maritsa River, with water area is 7880 sq km.
UBesides Tundzha River in the territory of Nova Zagora Municipality is located Blatnitsa River. On Tundzha River was built Jrebchevo dam that has a capacity exceeding 400 million cubic meters and is also used mainly for irrigation.
In the area of ​​Nova Zagora Municipality there is a mineral spring near the village of Banya. There are spa procedures for its use. There is big potential to build a solid technical base for full use of this precious natural resource. 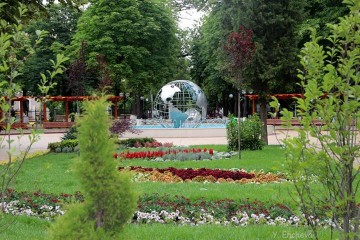 The characteristic of the land resource of the municipality is one of the factors influencing the development of agriculture. Soil variability in Nova Zagora Municipality is great. The most typical are the carbonate black earth and the typical black earth north of St. Ilia Heights.
In view of the attractive cultural product and its natural resources, the municipality has a good potential for the development of different forms of tourism - cultural, hunting, spa, rural.
For many years, the municipality of Nova Zagora develops international hunting tourism. Most tourists come from Italy and Greece. Tradition in the municipality is the international sport fishing. Most visitors come from Macedonia. Suitable places for fishing are: Dam "Ovcharitsa", reservoir "Jrebchevo", river Tundzha. On the basis of the thermal springs near the village of Banya develop spa tourism.
Villages in the municipality have cultural traditions that need promotion and can become an exciting attraction for domestic and foreign tourists.
Nova Zagora and Nova Zagora region are a mecca for archaeologists. The oldest traces of human activity take us eight millennia ago. There were found more than 500 tombs, 26 prehistoric mounds, 62 settlements from the Late Iron Age, Roman and 74 of 32 medieval villages, castles 13, 4 monasteries.