Information about the town of Chirpan

Chirpan has a population of 20 468 citizens and is situated 180 meters above sea level. The town is located in the central part of the Gornotrakiiska (Upper Thracian) Lowland mostly along the left bank of Tekirska River.

Chirpan is located 201 km south-east of Sofia, 51 km east of Plovdiv and 39 km south-west of Stara Zagora. It is the birthplace of the great Bulgarian poet Peyo Yavorov. 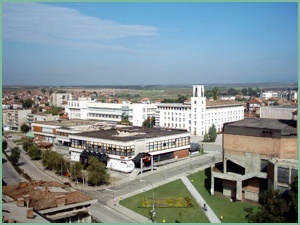 Chirpan is considered the heir to the Roman settlement Sherampol, which was established close to the Roman town of Pizus (the Hissarluka Area close to the village of Rupkite, 7 kilometres to the north of today’s Chirpan). It has been accepted that Sherampol (translated “the city of nice friends”) was established by fleeing refugees. The present name of the town is supposed to derive from the Roman Sheramnol although todays town emerged at a much later stage - most probably in the 17th century around Tekira Springs under the name of Dzherpan. During the Bulgarian Revival (18th - 19th century) the settlement grew as a town with well-developed agriculture and crafts. During the struggle for the independence of the Bulgarian Church it was the people of Chirpan who made the first sacrifices - Velko Boyadziyata and Kaba Ivan. After the Liberation crafts were in decay due to the loss of markets in the Ottoman Empire but in their place vine-growing and wine-making underwent a rapid development. The town was severely hit by the earthquake of 1928.

It is the birthplace of the great Bulgarian lyric and revolutionary Peyo Kracholov Yavorov, of the painter Georgi Danchov – Zografina, one of Levski’s comrades, of the painter Nikola Manev known far beyond Bulgarian borders and of the poet Dimitur Danailov.

The Museum of History and Archaeology. House-Museum “P. K. Yavorov” (22, Kracholovi Str., in the centre of the town). Among the personal belongings are the inkpot and the watch of the poet as well as a part of his library. The house of G. Danchov (the centre of the town, now an entertainment establishment offering Bulgarian cuisine) is a supreme example of Bulgarian Revival Art. Tyankov’s House and Manchev’s House stand out with their exceptional architectural design of the past century. One of the few remaining horse-driven mills in the country is preserved in the yard of the latter. Both houses are now modern restaurants with authentic 19th century interior, which make them unique attractions to all visitors. One of the most interesting and best-preserved houses from the beginning of the 20th century now hosts Bulbank Office. The Holy Mother Church, built in 1846 is one of the 4 oldest churches of its kind in the town.

Every year Chirpan celebrates January Days of Yavorov - a festival of literature and art in honour of the great poet. Every odd year the town hosts the National Contest for Country Music Performers “Atanaska Todorova" in memory of the great Chirpan - born singer.

There is a good choice when it comes to accommodation. The Chirpan Hotel (3-star, 9, Yavorov Str.). The town has good restaurants and entertainment facilities among which one may note the 3-star Park Tavern, located in the town’s central park.

Chirpan is located on the major motor- and railway line Sofia – Plovdiv - Bourgas and maintains regular bus connections with Plovdiv, Stara Zagora, Dimitrovgrad, Haskovo, Parvomai and other towns in the region. The bus station and the railway station are near in the eastern part of the town. All express and passenger trains stop at Chirpan railway station. 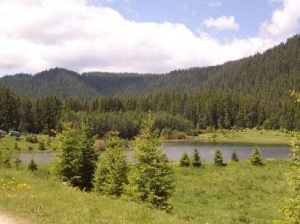 Merichleri Balneological Resort is located 17 kilometres to the east of the town. Its mineral waters have a temperature of 34°C and an output rate of 12-15 litres/min. The water is excellent for curing intestinal diseases, liver and gall dosorders. One can reach the resort by the regular bus or by the train to Dimitrovgrad. 8 km north-east of Chirpan one can visit the remains of the Roman fortress (Sherampol - see the text above).

The Granitski oak-tree is the oldest tree in Bulgaria (over 1600 years of age) and stands in the village of Granit (20 kilometres north-west of the town, easily accessible by regular bus). The Kamenna Svatba (the “stone wedding”) is a natural phenomenon of stone 25 km north-west of Chirpan and 2 km from the village of Medovo with regular bus lines. Yagach Hunting Park (5 km west of the town) is an excellent place for recreation, sports and hunting. There is a municipality owned villa where - against modest prices - one may check-in for the night.

The Ethnographic Museum in the village of Spasovo (8 km to the north with regular bus lines) is another point of interest; the key is hold at the mayor’s office).