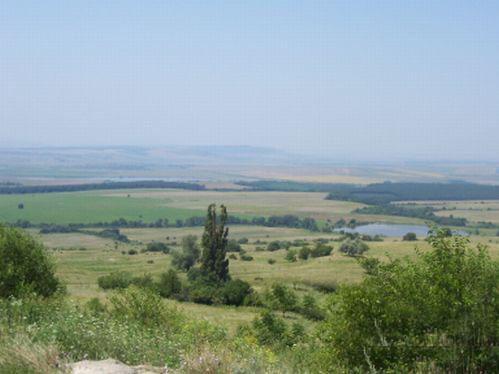 Avren is located in the central part of Varna Municipality and occupies an area of 380 sq km. The municipality includes 17 villages and the resort "Kamchiya" which with total area of ​​1500 dka. North Avren borders with the municipalities of Varna, Belevo and Devnia; on the west with the municipality Provadia, and south with the municipality of Dolni Chiflik. Eastern boundary of Avren is the 20 km long lay out on the Black Sea. The municipality is mainly flat and the altitude is from 0 to 380 meters General slope toward the south, formed by the valleys of the rivers "Kamchiya" and "Provadiyska" and Avren plateau, which is highest altitude in Varna region. Overall, the climate is continental with microclimatic variations provoked by the relief , and the Black Sea.
Avren is ecologically clean area with good road transport links to the district center Varna and other settlements.
- Varna airport - 35 km;
- Port of Varna 33 km; "Varna West";
- 49.8 km railway network, Sindel Station 7 km;

Tourist attractions
The municipality of Avren interest are the ancient settlements and necropolis located near the settlements Benkovski and Bolyartsi. Near Avren are the medieval rock monastery "Keshishlik" and the medieval fortress town of XI -XIV century "Petrichkale", which was built on the foundations of early Byzantine fortress of V century. Today, there are remains of walls, a huge water reservoir cut in the rocks and pillars.
In Tsarevtsi exists museum complex "St. Constantine Elena", consisting of a church dating from 1825, and an old school with a workshop. 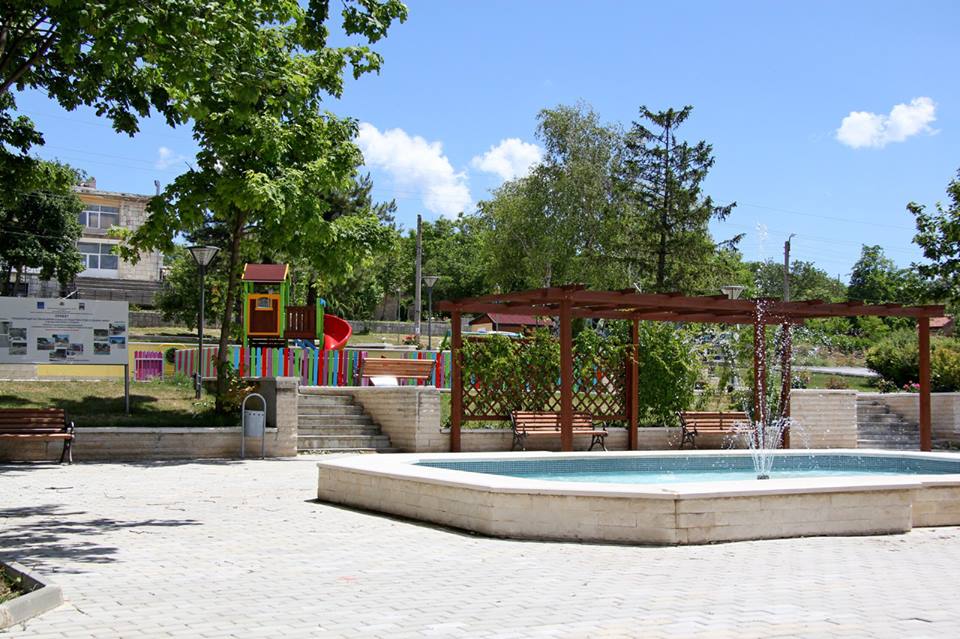 In Priselci as a tourist attraction you could see inn "Hadji Nikola", a complex of restored old houses. There in the incredible atmosphere of rustic comfort guests can relax and enjoy the wonderful traditional dishes of Bulgarian cuisine.
In Avren there is a basic astronomical observatory, equipped and modernized in 2005. In 2006 project EA Phare built an educational path "Road to the Stars". The Observatory has carried out regular observations of various astronomical clubs in Varna.

Protected areas represent about 4% of the municipality located in the eastern part, and related to the river Kamchiya and the sea coast. Reserve "Kamchiya" covers an area of ​​842.1 hectares and is located next to the Black Sea along the estuary Kamchiya. It was declared a reserve in order to preserve the distinctive dense forest of elm and ash, indeed as deposits of white and yellow water lilies, marsh, wild vine and other rich and varied fauna. In March 1977 it is included in the list of biosphere reserves program "Man and Biosphere". The forests around the river Kamchiya today are the most representative sample of the forests of the Balkan Peninsula. This ecosystem has a unique character that stems from the composition and structure of forest vegetation and specific environmental conditions in which to develop. Total vascular plants found in dense forest and wetlands there are 245 species. Among the endangered species may be mentioned shining spurge, summer snowflake, marsh telipteris, severnitsa.
In River Kamchiya are found 25 species of fish, which accounts for the majority of Bulgarian freshwater fish fauna. Among the interesting are wild carp, goby and caucasian fish and nineniddles stickleback. The area of the reserve established 258 species of birds, about 66% of the identified species in Bulgaria. Among rare for Bulgaria and Europe species breeding in the reserve are the black stork, lesser spotted eagle, sokolatorko, big Honey Buzzard and seven /of 9/ species of woodpecker, common in Europe. The reserve established 26 species of small mammals. Interest is the brown vole, which usually occurs in deciduous forests in Bulgaria more than 800 meters above sea level. So far along the Black Sea was detected only in the region of the resort Ropotamo. Another interesting species in otter conservation terms is included in the Red List of the Berne Convention. 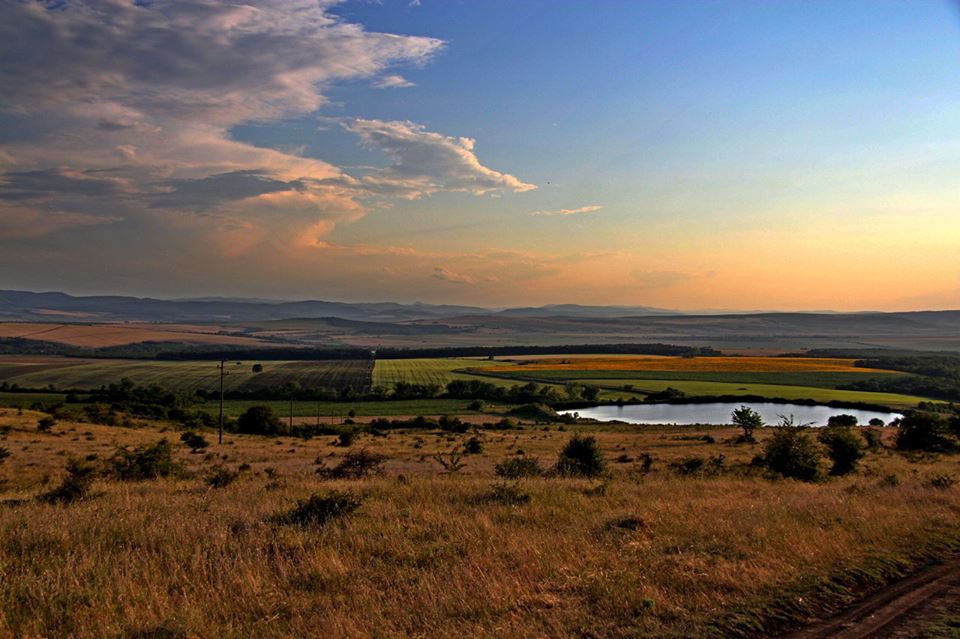 In the early 80s, 70 hectares of forest area 260 ha land fund declared buffer zone of the reserve "Kamchiya". In the area are limited activities that can impact negatively over the reserve area - clear cutting, commercial fishing, industrial collecting mushrooms, herbs and flowers, movement of boats on the river, parking of vehicles. Allowed are pastures and traditional agricultural land use. Particularly attractive to tourists is the area where the river Kamchiya enters the Black Sea- "Pashadere". It is 5.20 ha area. A natural estuary, natural wetland habitat for rare plants and wetland birds. The area is accessible and suitable for tourism.


The municipality of Avren has several dams that are suitable for recreation and fishing. Three of them are in the agricultural zone of Avren, and the other two are close to the settlements Priselci and Sadovo.
Near the dam "Panichkata" near Avren was built animation and tasting, degustation place"Fisherman's hut". 2 km from Zdravetz there is a dam with a hut next to it.
Resort "Kamchiya" occupies an area of ​​5900 acres, of which 192 acres beaches. It is located in the village of Bliznaci next to Kamchiya river estuary, which flows into the Black Sea. Tourist attractions are reserve "Longosa", the buffer zone of the biosphere
Reserve "Kamchiya" which is under the protection of UNESCO, Kamchiya river estuary or "Pasha Dere". In the coastal zone are formed two tourist center: complex "Kamchiya - North" and the complex "Romance".
There are good road transport links to the Varna city and the settlements of the municipality and road connections in the complex.
In 2005 was accepted a comprehensive plan of the resort, according to which the construction does not exceed 15 meters, i.e. with the height of the trees. Thereby limiting the building height, the municipality seeks to preserve the unique environment and maintain a largely uniqueness of the resort.
A perfect example of good development of Bulgarian-Russian relations in the investment plan is the construction, which the Government of Moscow carried out at the resort. By 2011 in the modern children's village with capacity for 2000 children will be invested over 120 million Euros. 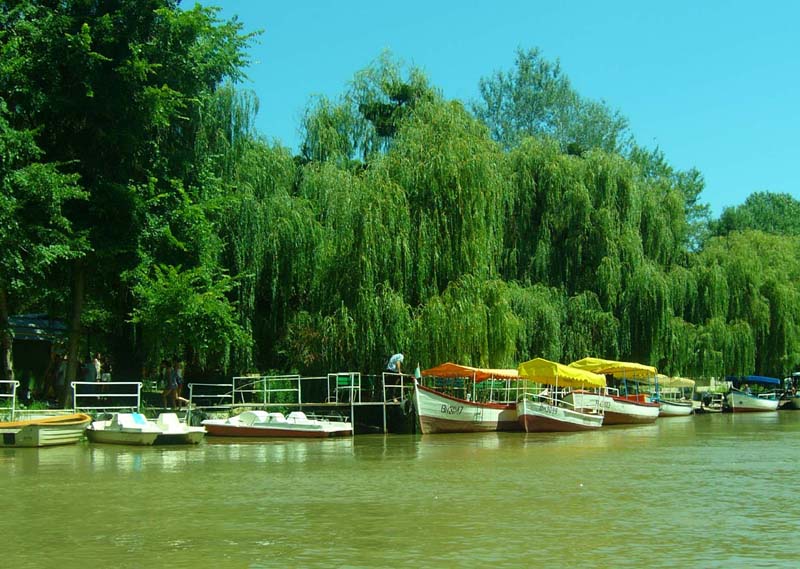 Investment intentions over € 50 million have been announced and a number of private entrepreneurs, "Kamchia" AD, "Mary" AD and others for house and villa construction, and tourist attractions. About 40 acres were purchased by other investors, the program shows two holiday villages and two hotels, with investments of about 20 million Euro.
With unspoiled nature and unique combination of forests, pristine beaches and estuary Kamchiya resort is an attractive place for rest and relaxation.

History
Between the rivers of Kamchia and Provadiyska rises the Avren plateau. Once these places were ancient forests, ancient villages, two early Byzantine fortresses, a sanctuary of the god Heros and rock monastery.
Today, in the northwestern part of the plateau are the remains of one of the most important castles, medieval Bulgarian city of Varna district - Petrich kale which was an important fortress in the defense system in the medieval Bulgaria. Petrich kale is located 4 km north from Avren. It was built in the V- VI century, later destroyed and rebuilt in the XI-XII century. During the last crusade United Christian armies the Polish- Hungarian king Vladislav III Yagelo, Varnenchik; on 7noemvri 1444 the fortress was conquered and destroyed.
Avren is one of the oldest settlements occurring in the registers of the seventeenth century under the name Ak- viran. To the Russo- Turkish War of 1829 - 1828 the village was inhabited by an old Bulgarian population known as "hurtsoi" and turks. With the end of the war, and during the Crimean War /1853 - 1856/ starts displacement of the old population across northeastern Bulgaria and beyond the Danube, in Bessarabia. In their place come new settlers - mountaineers /vayatsi/ from villages Golitsa and Kozichino /Erketch/.
Such is the fate of the village of Dobri dol and Sadovo where during different times there were coming settlers from Golitsa and families from Avren and Kalimanci. In settlements Bolyartsi, Ravna Gora, Yunak and Kazashka reka, except vayatsi there were emigrants from Odrin Thrace, Kotlen, Gabrovo, Kyustednil and the town of Elena. In the late nineteenth century in Dabravino and Tsarevtsi in the place of the Turkish population were coming families from Sultantsi, Devnia, Vetrino and Beloslav, followed by people from Lozengrad and Odrin. Immigrants from Eastern Thrace were coming to settle in the villages of Bliznatsi, Bolyartsi, Krusha and Priselci. 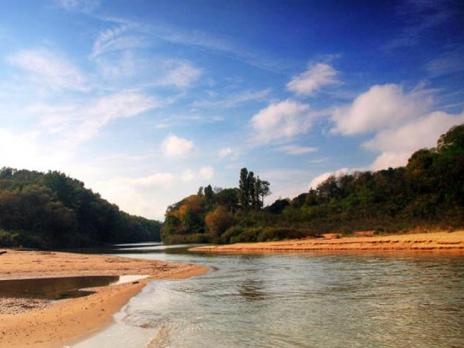 After 1878 to 1913, in Priseltzi were settled 29 families from Lozengrad and Odrin. The first families settled in Sindel after the Liberation /1878/ are from Zhitnitsa and Sultantsi and at the beginning of the twentieth century also from Vurbitsa, Shumen. In Trastikovo after 1878 settled Bulgarians from Malaysia followed by several families from Elena. Heirs of vayatsite from Avren, Isgrev and Levski form the population of Zdravets. In Kitka except vayatsi after 1914 settled about 40 families from Kyustendil, and in Benkovski in the first 20s of the twentieth century settled population of Dobrodzha.
Mountaineers from Kozichino and Golitsa give many of the names of famous today places in the area - "Bobata", "Doykovo dere", "Kostovi nivi", "Manolova cheshma", "Byalata prust", "Poda", "Haramiata", "Kishishlik Kale". Legends say that there was an old Bulgarian village in the area "Valchankata" where two brothers ruled - Valchan and Atmandzha. In the area today are still being honored the holy springs "Balakliata" and „St. Constantine and Elena" near Priselci. The discovery of the holy spring "Balakliata" was due to a blind girl`s dream that her sight recovers after washing her eyes from a spring with healing waters. After her death, her family revealed the holy spring and made a well and built a small chapel. 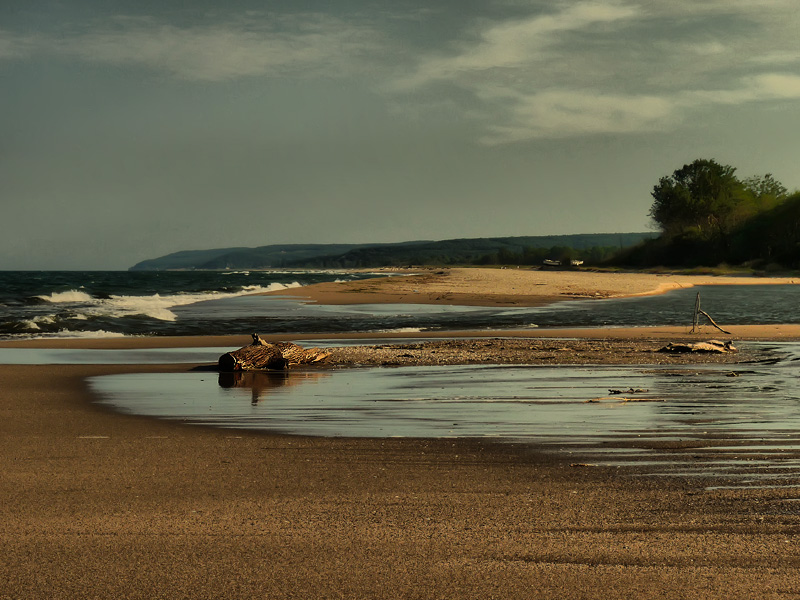 By the mid-twentieth century the main surviving of the population was agriculture and cattle breeding. From the corn foods were mainly grown wheat, barley, oats and corn. In the 20 years of the twentieth century began to plant fruit trees, vines, mostly grape varieties - Misket and Pamid, grown tobacco, cotton and sunflower. In the early twentieth century near Trustikovo gardeners from Elena region develop vegetable gardens, which are starting to produce more vegetables for sale. After 50 years of the twentieth century the agriculture in Priselci and Bliznatsi were grown orchards planted with cherries and peaches.
Traditional animal is sheep that provided them with meat, milk and wool.
In almost every village there were craftsmen - hardware, ironmen and etc. Known for pottery is Sadovo whose sandy and reddish lands are favorable for pottery.