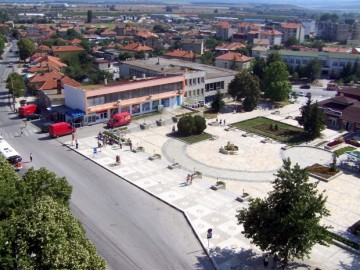 Although Aksakovo is located near to the city of Varna (about 10 km), to one of the most popular Bulgarian resorts of Golden Sands, St. Constantine and Elena, Albena, and other famous resorts, its territory is also attractive and there are places for tourism and entertainment.
Area "Batovska"- an imposing forest, located primarily on the territory of the municipality of Aksakovo. The area has several recreational cabins. Annually to organize fairs singing and dancing that bring people from all over the region.
Pobiti kamani
18 km west of the city is the "Pobiti kamani". Occurred before 50 million, following the erosion these scenic carved stones covering a total area of about 240 hectares are subject to important international matters proposed for inclusion in the global list of unique geological formations of UNESCO. Along with the unique rock formations here can be seen and rare bushes and trees.
Golden yellow sand gave save home to numerous wildlife. The fauna is represented by 21 species of birds, 7 species of reptiles and 7 species of mammals. 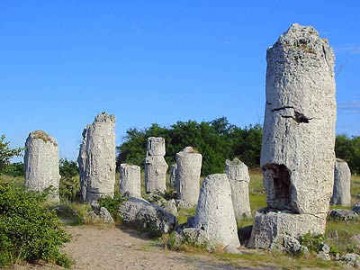 Vertical rock formations are hollow with a thickness of 0.3 to 3 meters and some of them reach a height of 10 meters. The columns have a different section, some of them are broken into two or more parts and beautiful form groups that tourists often likened to sculptures depicting humans and animals. The area bears its name from the way they look- columns of standing stone silhouettes like deliberately driven into the sand. Hence their name Stone Forest.
Fabulous petrified forest and legends told by the local people and the proximity of this unique reserve reborn to busy urban centers and roads make it easily accessible, and interesting preferred tourist destination and unique movie set of historical films and westerns like "Doomed Souls" and "Otseola". Here are filmed part of the filming of the movie "Vercingetorix" with Christopher Lambert. 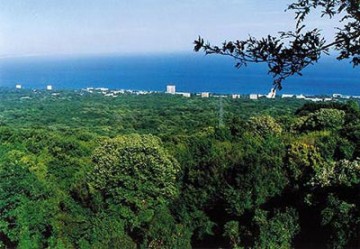 Park "Golden Sands" is located in the eastern part of the municipality and occupies an area of 747 ha. One third of the park is located in the municipality Aksakovo. Dominated by deciduous and coniferous species such as oak, oak, hornbeam, beech and pine.
The idea of creating a park is documented as early as 1915 but it became a reality on February 3, 1943, when a decree of the Ministry of Agriculture and State Property of the State Forest "Hachuka" an area of 2.4 square kilometers was declared a National Park Golden Sands - the second in the country after National Park Vitosha (1934). The objective in the creation of the park is to preserve and protect the valuable plant and animal communities and distinctive landscapes. Golden Sands spreads not only on the then national park, but also takes its name. Natural Park is a protected area for the conservation of natural habitats and wild flora and fauna of the Natura 2000 network. 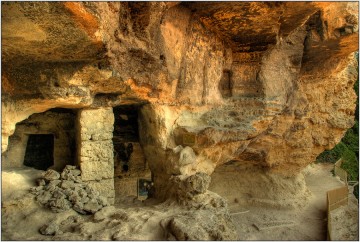 Aladzha monastery
Aladzha monastery is located about 15 km north of Varna, 2 km from the beach and from the resort "Golden Sands". Similar rock monasteries and settlements there are on the northern and eastern coast of the Black Sea (Crimea and Georgia). Vertical rock compartment are preserved many natural and artificially carved and extended spaces that are used for cells and churches ascetics.
They are located in three or four levels in the rock as a "floor" linked together with walkways, stairs carved into the rock, and somewhere with artificial passes. The inhabitants have used alternating layers of the soft and hard rock structures, the distance between which is about 2-2.5 meters to create a "floor" of this monastery complex.
Here there was more life in the prehistoric period and in antiquity. Settlement of monks ascetics dates probably from the XI-XII centuries, but it is possible that it was earlier, as at the recent Osenovo was discovered early Christian tomb with frescoes, in Varna there were objects from the early Byzantine period. Probably life in this monastery faded at the beginning or middle of Ottoman rule. 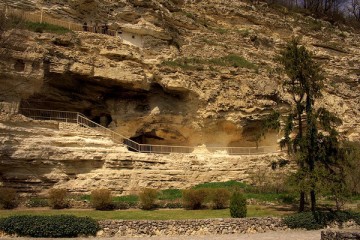 The initial appearance of the monastery today is significantly altered. Become large subsidence and landslides destroyed part of the premises. Now there are visible remains of twenty rooms and three churches. Traces of wall paintings suggest that they were decorated with traditional religious painting. The entrance to the monastery was probably in the east, where the visible remains of the wide staircase and corridors. On the second floor is one of the churches. Preserved were the eastern sides of the apse of the niche on the north wall. There are traces of putty primed with images of saints in full length in bishop's robes. The mural surface is cut and on it there are traces of a new plaster, suggesting second layer.
The most comprehensive church room is on the second floor on the west side of the complex. This is a great room - a long 12 meters wide by 5.70 meters high and from 1.95 to 2.05 meters - almost entirely cut in the rock complex architectonics in the east. Only the western part of the south wall fell. Almost in the center of the eastern wall is preserved flat apse niche delineated by two columns, which in its upper part were connected by arches other two front columns. Thus there was formed an altar carved into the rock throne, covered with a canopy top. Deep grooves and slots cut into the walls and arches define the place of the wooden iconostasis. In the middle of the vestibule is carved deep narrow pit ladder with nine rungs on which he enters and exits the church through a long corridor downstairs. 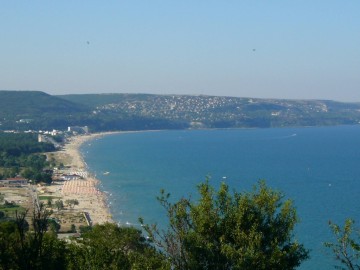 Along the entire north wall of the nave and the narthex there chiseled into the rock benches. On the eastern side of this interesting church are preserved remains of fine white lime plaster, on which there were paintings. Visible characteristic red frames, distinguishing individual images and scenes, halos and other items.
Dolishte, Oreshak, Kumanovo and General Kantarjievo, developed over the past few years in rural and hunting tourism. Located near the resorts Albena, Golden Sands, Balchik and Kranevo makes it a perfect place for investments in property and business.
Holiday home village Kranevo is located on the beach, and offers three types of refurbished and modern bungalows. In this region there Aksakovo has lay out on sea for about 4 km.