How much is the purchase of a home in Varna 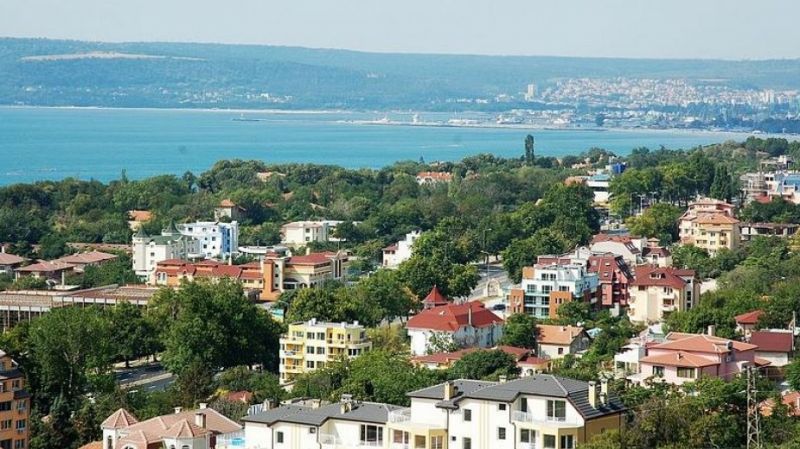 Enhanced buyer activity in 2017 continues to outperform the supply of the property market in the first quarter of 2018. This shows real estate agency data. The increase in the number of concluded deals in Varna is about 5-6%, with the expectation that this growth will be sustainable throughout the year.

The housing market across the country is moving upwards, and this trend is felt mostly in large cities. Affordable loans continue to mobilize customers who have been postponed for a long time, and rising earnings give them confidence that they will be able to repay their long-term loans, experts say. The expansion of the housing market in Varna creates a need for a stronger presence of brokerage firms to help swift and successful deals between sellers and home buyers. 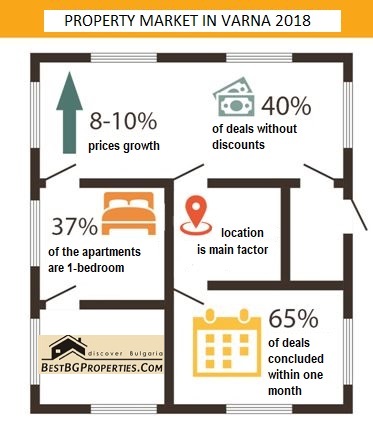 Domestic migration also has an impact on the housing market. Due to the economic condition of the city, more and more people from Dobrich, Shumen, Razgrad and Silistra come to live and work in Varna. People who decide to move are usually renting a home first, and only after they settle down and take a purchase.

Experts report a house price increase of between 8-10% compared to the beginning of 2017. For the first quarter of 2018, the average price per square meter is 827 euro / sq.m. A year earlier, the average value was 761 euro / sq m The most serious rise is in the central regions, where the buyers' interest is the highest and the supply is more limited.

The appreciation of the properties in Varna is moderate, following the price movement in the bigger cities in the country. By improving the balance between supply and demand, prices will become even more sustainable. It is expected that in 2018 a significant number of residential projects will be realized to satisfy part of the market demand.

Of particular importance to buyers when choosing a home is the location. The most preferred are the districts Center, Briz, Levski, Vazrajdane and Chaika. Eastern regions are mostly sought because of the proximity to the center and the Sea Garden, but the expansion of the city in this direction is impossible. This further restricts customers who keep a good view. Pricing and distribution also have a major impact on purchase, but some buyers tend to compromise.

According to the data, most deals were made for one-bedroom and two-bedroom apartments. However, in the first three months, one-bedroom dwellings with a 37% share are slightly overwhelming. In price distribution, the share of sales and purchases is significantly increased between 50,000 and 70,000 euros - in 2018 it reaches 38% and a year earlier it was 24%. For transactions between 30,000 and 50,000 euros, there is a continuing decline from 2017. The two-dwelling houses in the city are realized for about 50,000 - 55,000 euros and the three-room apartments - in the range of 70,000 euros.

The active market is also visible in short-term deals - nearly 65% ​​buyers find the property they are looking for within a month, and about 40% of their homes are realized in less than 30 days. Most sales and purchases - 40% are realized without a discount. Another 25% of the deals were made with a commentary between 1,000 and 5,000 euros, and discounts of less than 1,000 euros represented 21 percent. Sellers are becoming more and more well-informed and familiar with the state of the market, which is why most of the offered properties are at reasonable prices and there is no serious gap between the expectations of both parties.

Buyers in Varna most often are between 30 and 50 years old. Typically, these are families with children seeking a place to live. Purchases from foreigners are insignificant, with interest mostly from Russian citizens.

Investment deals have seen a significant increase since the beginning of 2017 - 26% of customers buy a property to rent. It is believed that the trend to increase this indicator will continue in 2018 in view of the good tourist season last year and the positive expectations for the forthcoming summer season.