Rural House Not Far From Turkey

This is a nice maintained property 40 km away from famous Elhovo. It is on the way to the border with Turkey.The village is a pretty one, near the slopes Sakar Mountain and the bank of river Tundzha. Closeby passes the International highway to Istanbul. The location is great advantage of the house. The area is also ideal for hunting and fishing.
The house has totally 6 rooms and 140 sq. m. of area. It is brick and structurally sound. The garden around is 2 400 sq. m. - that is quite large and allows you to place even aguest house. Come to Sunny Bulgaria and we will show you excellent offers!

Property for sale near Elhovo

Our next offer is about one storey house that needs just repairs to become your lovely holiday cottage. The property is situated in the attractive Elhovo area, in a village some 20 km away from the town. This region has recently become preferable by the foreign families because of the pure unspoiled nature and its close location to the seaside. Wonderful opportunities for fishing, boating and hunting are available. Furthermore the road infrastructure is getting better and it will become a well developed region favourable for investments. The house we offer to you is not very large but enough for a small family. It provides 70 sq m living area. There are four rooms connected with a corridor, inner bathroom and external toilet that could be relocated. The house is in relatively good condition although it is not inhabited now. It is supplied with electricity and running water. The yard is sufficiently large – 1500 sq m and allows a garage and some additional structures to be built. 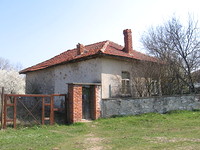 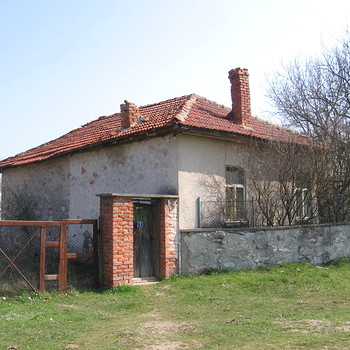 House In A Nice Village

This spacious two storey house might be your new home in Bulgaria. It is situated in a well organized and preferable village in Elhovo area just a few kilometers away from the town. Being close to the river Tundzha makes the place excellent for fishing. Hunting is also popular in the area as well as boating. The property includes a solid two storey house and a garden of 1000 sq m. the house has 130 sq m living area and four rooms. Upstairs there are three rooms and a large cellar is available in the basement. The house is supplied with electricity, water and telephone line as well as cable TV. It is currently inhabited but needs some refreshment and repairs like building inner bathroom and toilet. Don’t hesitate! There are many foreign families living in the village! 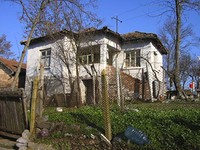 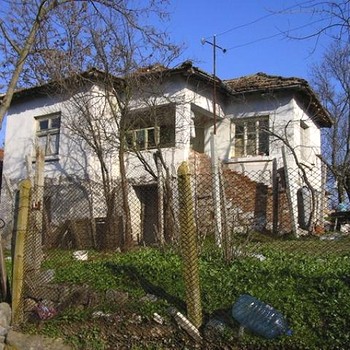 House At The End Of The Village

Take a look at this offer if you are looking for a big house near Elhovo to renovate. The house is two storey with total living are of 120 sq m. there are six rooms – three on each floor. An external staircase leads upstairs. Although the house looks solid it hasn’t been currently inhabited and need some investments to become livable. The rooms require plastering, changing the windows and probably new flooring. If these repairs don’t bother you we would be glad to help you in the renovation. What makes the property advantageous is the huge garden of 2000 sq m and of course the low price that allows you to keep funds for additional investments. The property is accessible through an asphalt road. It lies at the end of the village and offers pretty view toward the field. 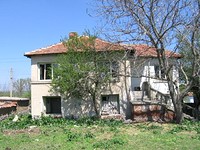 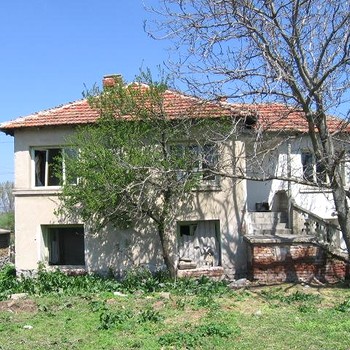 Sofias Vuzrazhdane Park To Stay Constructionfree 21/06/2008
Sofia mayor Boiko Borissov said on June 18 that there would not be any building activity in Vuzrazhdane Park while he is city mayor, municipality spokesperson Tsvetanka Krusteva told the Sofia Echo. As previously reported by The Sofia Echo, competing claims over the ownership of a large land...
The Russians Are Coming...the Russians Are Coming 14/03/2008
The Russian appetite for foreign real estate is still in its infancy, particularly compared to the overseas buying frenzy among the British. Yet there is every sign that Russian buyers are on the move, aided by a flourishing domestic economy and an ever-widening choice of overseas bargains....
Bulgarian property ::  Недвижимость в Болгарии ::  Proprieta in Bulgaria ::   :: Towns in Bulgaria :: Property renovations :: Services and Fees :: Bulgaria Property FAQ :: Map Search :: About Bulgaria :: Mortgages :: Property insurance :: Testimonials :: Contacts :: Disclaimer :: Mountain properties :: Golf properties :: Lake properties :: Rural properties :: Properties in Beach Resort :: Properties in Ski Resort :: Properties spa Resort :: Apartments in Bulgaria :: Land in Bulgaria :: Houses in Bulgaria :: Bulgaria property investment ::
© Best Bulgarian Properties Ltd. - All rights reserved
Rural House Not Far From Turkey