Rural House Near The Sea

Solid one storey house with a garret floor and a basement is situated in the rural countryside of Varna only 7 min drive from the center of the city and the International Airport. The property is just 500 meters away from the beach near the famous sea resort of Golden Beach.

It is good for living and could be used as a holiday cottage as well. Two rooms and corridor are disposed on the first floor. The garret includes several premises that could be turned into bedrooms. Running water and electricity are available.

Some refreshment of the house is necessary and our local workers could do all repairs required. The bathroom and the toilet are outside. The garden is large enough at the rate of 600 sq m planted with fruit trees and vines.

Don’t hesitate to accept our offer! Varna is a preferable tourist destination and real properties in the area have good rental potential. In this sense you could make a profitable investment for you and your family by renting the house while you are away. It has become a popular enterprise that can bring your money back in a short time. Take advantage!

The offered house is located in a small town, 3 km east from Aksakovo and 12 km in the same direction from Varna. The house has two floors, each floor has a separate entrance. On the first floor there is a living room, one bedroom, kitchen and a bathroom. All of the rooms have terracotta floor covers and replaced PVC window joineries. The second floor comprises of a living room, one bedroom, kitchen, bathroom and a guest room. There is air conditioning. The floor covers are wooden. The kitchen is completed with terracotta. The house has total living area of 160 sq m. Additionally the property benefits with a large garage and a basement. There are parking spaces in the yard and some additional agricultural outbuildings.  The house is built on a plot of land with size 970 sq m. There is a large garden with fruit trees and a solid fence surrounding the property. The bus stop is only at 50 meters away. 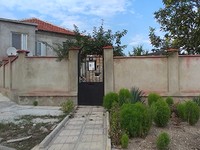 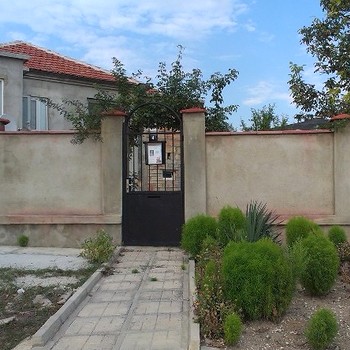 Renovated apartment for sale in Varna

We would like to offer for sale a renovated, ​​two-bedroom apartment located in the city of Varna, Asparuhovo area. The apartment consists of a separate kitchen, living room, bedroom, bathroom with toilet, two terraces and a basement. You can convert the kitchen into a second bedroom. The total living area is 65 sq m. The property is on the fifth floor out of eight in the building. The apartment is after complete renovation - new PVC joinery, plastered and painted walls and ceilings, quality laminated parquet, fully equipped bathroom with new toilet, sink, cupboards, boiler, shower, new interior doors, high-quality armored entrance door and much more. The apartment is located in the center of Asparuhovo. The area has all the necessary communications and amenities you would need. There is convenient public transport. 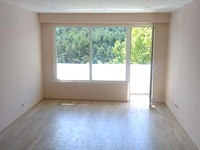 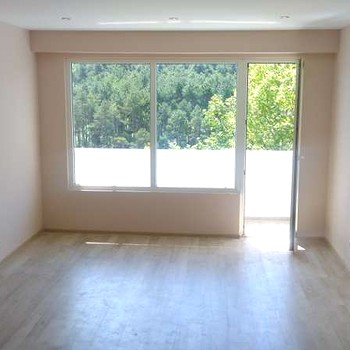 Two-storey house in a picturesque village, in Varna district. The first floor consists of an entrance hall, one room, second room with a kitchen sink and a basement. An external staircase leads to the second floor, which consists of a large entrance hall, a spacious living room and two rooms. The house is in very good condition, and the layout of the living space allows the construction of internal bathrooms. The total living area is 70 sq m. There are farm buildings and sheds in the yard. The parcel is flat. Its size is about 850 sq m. The village is a municipal center and is well arranged. There is a school, kindergarten, shops and restaurants. There is regular transport to Varna, Kamchia and neighboring villages. The sea is about 20 km away. 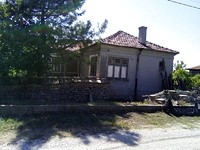 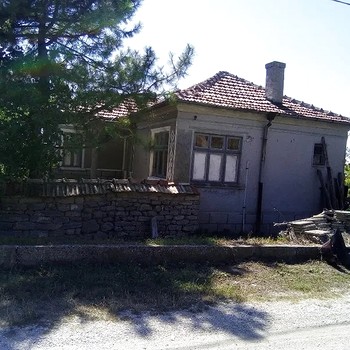 Mall Construction In Bulgaria Halted Due To Bidding Procedure Disorder 12/03/2008
Stara Zagora’s municipal council will stop the sale of a 9260 sq m area, where a 70 million leva trade centre had to be set up. A tender violation stands behind the decision. The municipality launched a tender to sell the lot in 2005. Two companies, local Agrosun and German Kaufland took...
Snow News Is Good News 20/03/2008
It has been a great season for British skiers for that most obvious of reasons: both North America and the Alps have had great snow. The industry has also been helped by new destinations, such as Finland, Slovenia and Serbia. And it is not over - in the Rockies and the Alps, the snow base is...
Bulgarian property ::  Недвижимость в Болгарии ::  Proprieta in Bulgaria ::   :: Towns in Bulgaria :: Property renovations :: Services and Fees :: Bulgaria Property FAQ :: Map Search :: About Bulgaria :: Mortgages :: Property insurance :: Testimonials :: Contacts :: Disclaimer :: Mountain properties :: Golf properties :: Lake properties :: Rural properties :: Properties in Beach Resort :: Properties in Ski Resort :: Properties spa Resort :: Apartments in Bulgaria :: Land in Bulgaria :: Houses in Bulgaria :: Bulgaria property investment ::
© Best Bulgarian Properties Ltd. - All rights reserved
Rural House Near The Sea