Pay attention to this large plot in regulation. It is situated in a quiet but well organized village only 30 km from the city of Burgas and less than 40 km from the International Airport. The total size of the land is 1750 sq m and it goes with a solid agricultural building. The property is supplied with water and electricity and there are two wells for irrigation. Currently the land is under cultivation; planted with some vines and fruit trees.
You may find this place suitable for building your new home or holiday cottage. The village is small and close to the city. There are good conditions for hunting, riding and fishing.

We offer you a well maintained house 8 km from the sea! The property is located in a village that is just 36 km far from the city of Bourgas. It is also close (8 km) to another famous sea resort- namely Primorsko. There is the Ropotamo River passing nearby. You can always go to Greece because it is barely 100 km away! The location is perfect because the village is close to everything. The area is famous for hunting, fishing and of course water sports. The house is well maintained and it needs just some beautification in order to become a pretty vacation house. There are running water and electricity inside. It is a one storey cottage with 3 rooms and a toilet spread on 60 m2. The plot is 700 m2 large. The price is extremely good for a house that close to the sea. Take advantage and get in touch with us!!! 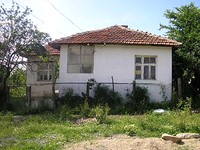 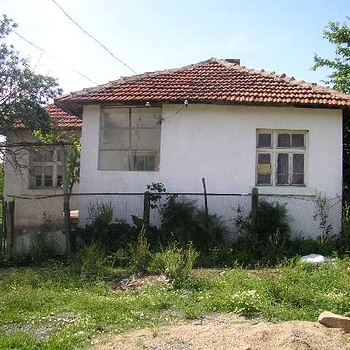 This is an offer for a house for sale, located near the town of Bourgas and the southern seaside. The property is situated in a large village which is part of Primorsko municipality, Bourgas region. The village has around 900 inhabitants and comprises good infrastructure and easy access through out the whole year. It has all communications and amenities available for your permanent stay, or holiday. The village is located 18 km away from the resort Primorsko and 30 km from Bourgas. The property consists of a spacious yard, one large two story house and one smaller. The main house has total living area of 100 sq m. The first floor consists of a kitchen, dining, one bedroom and a bathroom with WC. This floor is in good condition and is ready to move in. The second floor is not yet completed and it should comprise two bedrooms. The house generally is in good condition, only some cosmetic renovation is necessary. The other, smaller house is one story with total living area of 50 sq m. After a renovation it will be suitable for a summer house, or a guest house. It consists of one bedroom and a kitchen. All that is built on a plot of land - 1000 sq m large. There is a 100 years old nut tree in the yard. The house has a view towards a forest and there is a lake nearby. 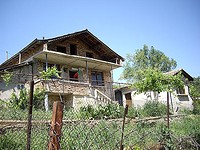 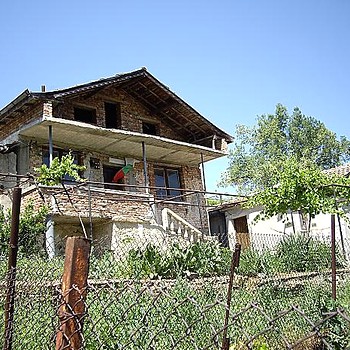 House for sale near Burgas

This is a house located in the rural countryside of Burgas only 20 km from the nearest town of Sredetz and less than 50 km to the sea. The house is one storey comprising 60 sq m living area. There are two middle sized rooms and a corridor. The toilet is external but it could be built inside for your convenience.The building is solid but needs repairs to become fit to live in. With some additional investments you could thoroughly change its face. We have a professional team of workers in the area that could be of great help for you. They can give you an advice about the renovation and the materials. Our practice in refreshing rural houses shows that they usually need insulation, changing the windows, painting, terracotta flooring etc.The building is supplied with electricity and water. The property is reachable through gravel road and includes a big garden of 2000 sq m .The garden is spacious and could be used in many different ways. For example you could cultivate plants if you are planning to live permanently there. If you wish to use it mainly as a holiday house you could build additional structures like swimming pool, barbecue area and others.The property is located in a charming quiet village near river and small lakes. The village has about 110 permanent residents. It has a shop and a bar. The area is perfect for fishing and hunting and the nature is beautiful. 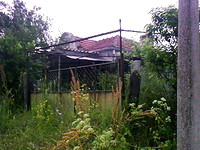 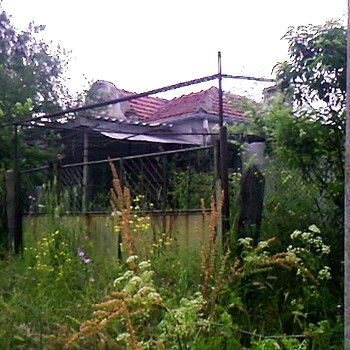