Regulated Land On The Seaside

What we give you is a perfect opportunity for investment on the very seaside. The land is situated in a currently developing sea town and resort only 15 km from the city of Burgas and less than half an hour driving to the International Airport. The total size of the plot is 1479 sq m and it’s regulated so you could build on it straight away. There is water and electricity available and a road passing by.
Good communications, perfect location and lovely sea view make the offer irresistible if you are looking for a plot to build your holiday house.

We present to you a great house in the countryside. The property is situated in a very well organized village close to Burgas! The center of the city is just 12 km away. The International Airport is 20 minutes away, so are the sandy beaches of Black sea coast. In the area there is a big lake with fresh water, which provides good fishing opportunities. The area is well known for the increasing number of foreign properties around. Hunting grounds are not far. The house is a solid structure and just needs rendering. The living area is 80 sq. m. Bathroom and toilet are inside. The garden around is 860 sq. m. All that makes the property a very promissing investment in a fast developing area! Take an advantage of that! 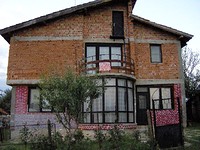 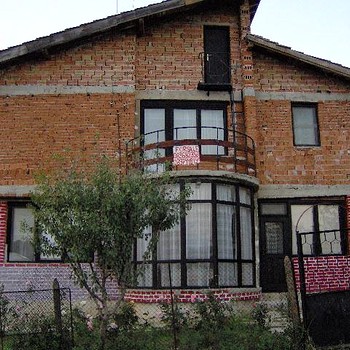 Apartment for sale in Bourgas

This is a very large apartment for sale located in the coastal city of Bourgas. The apartment is situated in a newly built building with act 16 permission for usage in the central part of the town near the theater "Adrianna Budovksa. It is right near a main walking street and a kindergarten. It is a very sunny apartment with exposure on three sides. The apartment is situated on the first floor of the six floored residential building. It comprises total living area of 116 sq m and consists of a living room with kitchenette and dining area, two bedrooms, bathroom and toilet, second toilet and a laundry premise. It is on the first residential floor - above a garage. In addition to the apartment there is an ownership of the land, and a basement - 4.77 square meters in size. The apartment is finished with Austrian five chamber PVC windows, insulation, video intercom system, TV and telephone installation, luxurious common parts of the building. Extremely quiet area! There is also a hydraulic (silent) lift. Option to purchase garage and / or a parking. 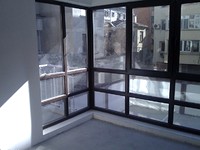 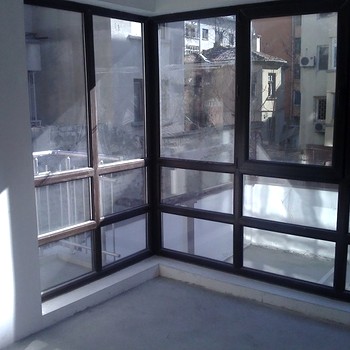 Apartment for sale in Bourgas

We are offering you this spacious and bright two-bedroom apartment for sale located in the town of Bourgas. The apartment is situated on the fifth floor of a newly built residential building with received act 16 permission for usage. It is in a quiet place next to a park and in proximity to the Sea Garden. Nearby there are also large stores - the shopping center, numerous shops, community center, post office, "St. Athanasius, "medical center, sports complex with tennis courts, basketball and football fields and a Mall. The apartment comprises total living area of 90 sq m and is offered completely finished - "on key" stage. It has east-west exposure, balconies for every room, living room with kitchen box with new kitchen furniture, laminated floors, two bedrooms also with laminate, corridor with terracotta, bathroom with WC, finished with faience and terracotta - fully equipped, another WC on faience and terracotta, storage room - terracotta. There is also a basement premise included in the price - 4 sq m and the building has an elevator. 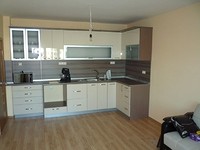 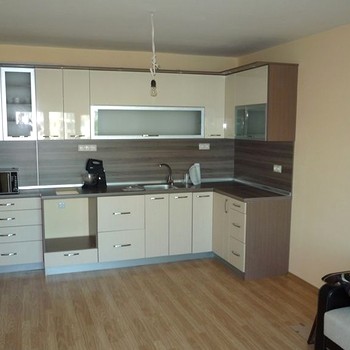