If you are looking for a place for spending your holiday vacation- here you can find it- brilliant nature and a peaceful lake. This area is perfect for fishing or hunting! Here you can really enjoy yourself!

The house, which is at your attention, is in good condition. It would need repairs, but it has strong structure and much potential to become the perfect place for living.

The total living area is 110 sq. m. that is distributed among five rooms. On the first floor there are three premises – a kitchen, a living room and a living room. There is an inside staircase that goes up the second floor where there are two bedrooms. A terrace with a nice view is situated on the same level. The toilet is outside. The house is supplied with running water, electricity and telephone wires. There is an asphalt road that goes to the house.

The spacious garden that goes with the house is 2000 sq. m. You can exploit for different purposes. It is enough for building another new house.

Take advantage of this property and contact us now!

Excellent opportunity to purchase a cheap house only 57 km from the sea! The property is situated in a small village close to the town of Karnobat not far from the newly built highway. Beautiful nature, fresh air and good opportunities for fishing and hunting make the village perfect place for holidays. The total living area of the offered house is 70 sq m distributed between four rooms. The building hasn’t been recently inhabited and needs some repairs to become ready for living. However the house is structurally sound and won’t need serious renovation. Electricity and water are available and telephone line could be easily installed. The garden included in the property is quite spacious spreading over 2000 sq m. the size of the garden allows you to build additional structures like a garage, a pool etc. Think about what advantageous suggestion it is! 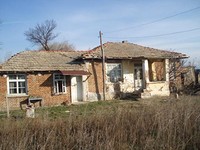 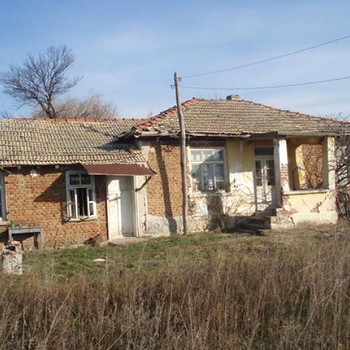 This nice brick-built house is located 85 km away from Bourgas in the rural countryside. If you are looking for some quite place for living or spending your vacation time, here you’ll find it. This village is surrounded by peaceful nature; there is a lake near it and a deep forest. This property offers 55 sq.m.of living area and a spacious garden of 1000 sq.m. The house is single-storey, its living area is distributed among three rooms and a hall. The toilet is outside the house. Running water and electricity are available. The roof of the house is in good condition. However, it’s an old house, so it would need some repairs in order to become a nice place for living. In case you are interested, our building team would provide its service. The spacious garden that surrounds the house has much potential, which could be used- building another house, planting vegetables and fruit trees…It depends only on your creative imagination. 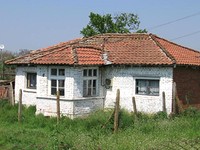 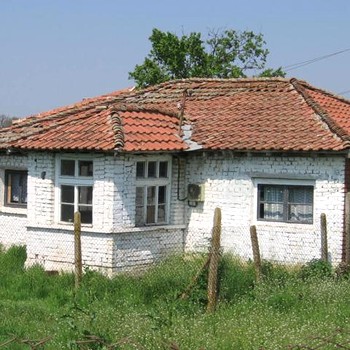 Beautiful House Between Elhovo And Bourgas!!!

Our next offer form the region of Bourgas is of a very solid brick built house located in a pretty village just 47 km away from the city and the International Airport. The property is located on an asphalt road which provides excellent access! The house is in a perfect condition outside but it will need some renovations from the inside. The total living area is140 sq m spread in 5 rooms on 2 floors. There are 2 rooms on the first floor and 3 on the second. Water and electricity are provided in the house. Telephone line and digital tv are available in the village as well. The garden is well maintained and it is 1000 sq m large. There is a well – a free water source for watering the land! The village has very favorable location- on the road from Bourgas and to Yambol and the rest of the big towns in the area. The famous town of Elhovo is just 36 km far. There is an option of buying this property together with ID 1978 at the great price of 47000 euros! They are located in the same village!!! Contact us for more information regarding this property! 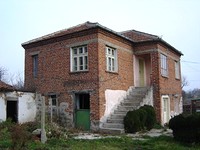 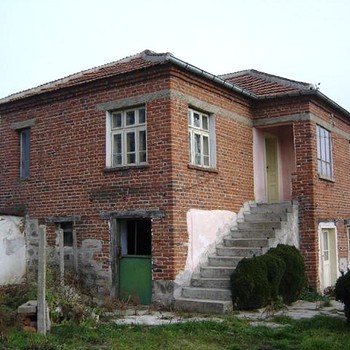