House With A Vast Garden

Here is an offer you should not miss! We suggest you a large spacious house that goes with lots of extras and a huge garden of 6800 sq.m!
This property is situated in a picturesque calm village in Elhovo area just a few kilometers away from the Turkish border. Being close to mountain and river at the same time makes the village very attractive for holidays. We give you a chance to have your own vacation house among beautiful nature, fresh air and friendly people.
The house we suggest you is two storey providing 70 sq.m living area distributed between six rooms (three rooms on each floor). Beautiful stone staircase leads to a small terrace on the second floor. There is amazing view toward the garden and the village.
The house is in good condition which means you don’t have to spend much money for repairs. Perhaps just slight refreshment would be enough. Running water and electricity are available and you could have telephone line installed upon your request. There is an inner bathroom and the toilet is outside.
As we already said the house goes with some extras like a garage, a well for irrigation and lots of agricultural structures that could be turned into a small guest houses.
Indisputably the greatest advantage of the property is its vast garden! Think about how you could use it!

Pay attention to this great offer for a big two-storey house, situated 32 km away from the town of Elhovo! You will enjoy this place not only for its brilliant nature! Fresh air and nice climate all the year! Wonderful fishing and hunting area!! The house is durable, old building but solid and made of stable materials! Its total living area is 130 sq. m. That includes six rooms, three of which are bedrooms. The outside staircase connects the floors and leads to a small terrace on the second floor. The toilet is outside. The property is provided with electricity and running water as well. After some slight repairs this place could become your favorite place for living! The village is very quiet and the people are so friendly! For the building work you could rely on our local build who would give a reasonable price for their building service! The plot of land that goes with house is 2000 sq. m.!!! 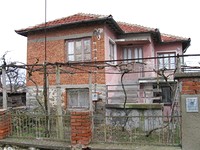 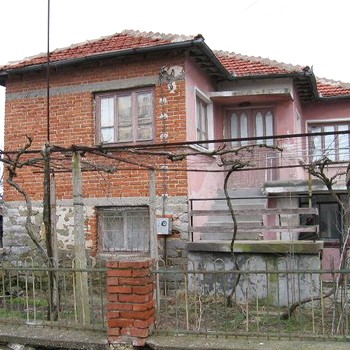 Big House With A Vast Yard

This is the right offer for you – a charming cozy house in a calm peaceful countryside only 25km away from the town of Elhovo! The property is perfectly maintained and located in a picturesque village. That area is appropriate for permanent residence or holidays and many of the houses in it are already sold to foreign families. The region offers excellent opportunities for eco and rural tourism, fishing, riding and hunting. The total living area of 90 sq. m. includes five premises and a terrace with a nice view. Lovely external staircase connects the floors. Outside the house are the bathroom and the toilet. Electricity and running water are provided. The size of the yard is 2000 sq. m. and the garden is beautifully arranged with fruit trees, a vineyard and flowers. There are additional farm buildings that go with the house including a well. The village where the property lies is well organized. There are a few local shops, pubs and a church. 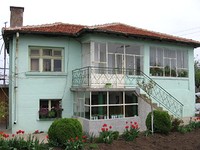 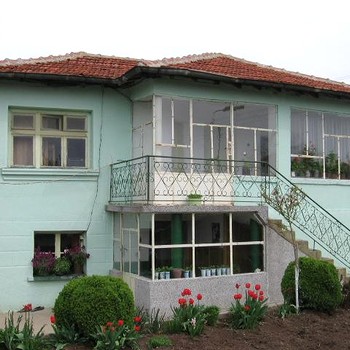 Here is an offer for a two storey brick built house situated at the end of a small village in the Elhovo area. The region is nice, quiet and friendly and perfect for investments because of its location. The village itself is about 80 km from the seaside so you could reach the sea city of Burgas for less than an hour. There is the International Airport. The region is appropriate for fishing, hunting and even boating. The house provides 140 sq.m living area distributed between six rooms – three rooms on each floor. The building needs some repairs although it is inhabited now. The toilet is outside and has to be relocated. If you purchase the property you will get a huge yard of 3200 sq.m and some additional structures as well. Use your creativity to turn this estate into a lovely and cosy place for living or rest. make a good investment for you and your family. 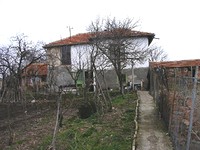 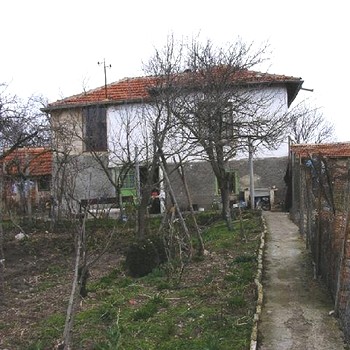