House With A Huge Garden

Great opportunity to purchase a huge property at a very low price! The property is situated in a quiet village 15 km from Turgoviste just a few kilometers away from the main road to Varna and Sofia. Lovely nature and fresh air make this place excellent for holidays. There are good opportunities for fishing, riding and hunting.
The house provides 85 sq.m living area distributed between four rooms, a closet and a cellar. Some slight repairs are needed but you can rely on our local experienced workers. They will make the house just the way you like it!
Electricity, water and telephone line are available in the property. Outside the house are the toilet and the bathroom. There are additional farm structures spread on 90 sq.m.
The total size of the garden is 3000 sq.m!!!

Check this great opportunity! We offer to you a huge property in a lovely quiet village among the hills of the east Stara Planina Mountain not far from Turgoviste. The property consists of a one storey house, an additional farm building /90 sq.m/ and a spacious garden of 4000 sq.m. The total living area of the house is 75 sq.m distributed between four rooms, a closet and a cellar. Since it hasn’t been recently inhabited the house needs repairs like plastering, rendering and changing the windows to become fit to live in. the external bathroom and toilet could be relocated inside for your convenience. The property is supplied with electricity, water and telephone line. If you don’t mind repairs this could be the right offer for you! The village is so peaceful and offer splendid view toward the mountain hills! 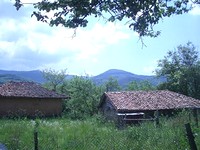 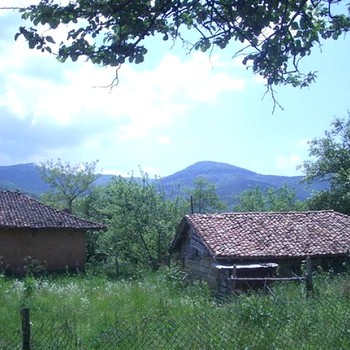 House for sale near Elena

These are two houses on a shared plot of land for sale located near the beautiful mountain town of Elena. One of the houses is new two-story with total living area of 80 sq m and the other one is an old building, also two-story with size 70 sq m. On the land there is also a barn - 40 sq m in size. The total land area is 2300 sq m. The property is situated in a picturesque mountain village on the short cut from Elena to Varna. It is 30 km away from the town Elena and the village is also a starting point to the only preserved Roman bridge in the area. The house has solid stone foundations and consists of a ground floor with area - 40 sq m. / summer kitchen, bathroom, toilet and large room suitable for a tavern / and a second floor with area - 40 sq m / three bedrooms /. The village consists of well maintained houses, shops and kindergarten. The house has water and electricity. From it opens wonderful view. The land area is flat. There are also two other buildings on it - an old house and a barn. 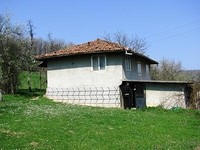 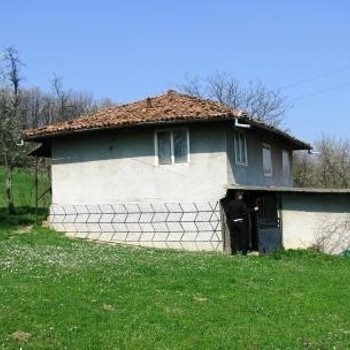 Don’t hesitate buying a cheap rural house situated in a quiet little village in Turgoviste area at the foot of the East Stara Planina Mountain. The village lies in perfect fishing and hunting area. It is surrounded with woods and there is a big dam lake nearby called Yastrebino. The village is small but not isolated. It is close to the main road E 772 that leads to the sea and the city of Varna. The distance from the village to the sea is about 170 km. The property includes a house, additional structure and 800 sq m garden. The main building is two storey with five rooms /two rooms on the first floor and three rooms upstairs/. The house is supplied with electricity and water. Outside there is a bathroom and toilet. The building next to the house comprises 60 sq m . It could be renovated and made livable. 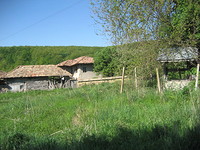 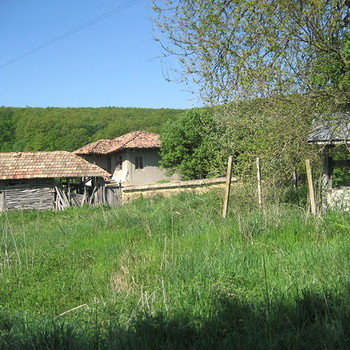 Bulgaria And Greece To Build An Electric Transmission Network 11/11/2008
The construction of an intersystem electric transmission network "Maritza Iztok - Nea Sanda" was discussed during the meeting of the Economy Minister and the Greek Minister of development Hristos Folias.The project can start by the end of 2008 and end by 2011.The two ministers signed a...
Golf Tourism Development To Attract Affluent Tourists To Bulgaria 10/03/2008
Bulgaria has turned to golf, a sport not too popular in the country until now, looking to attract affluent tourists, AFP reported on February 14 2008. "Golf tourism development is very important - the regular tourist usually spends from 50 to 100 euro a day, while the golf tourist would...
Bulgarian property ::  Недвижимость в Болгарии ::  Proprieta in Bulgaria ::   :: Towns in Bulgaria :: Property renovations :: Services and Fees :: Bulgaria Property FAQ :: Map Search :: About Bulgaria :: Mortgages :: Property insurance :: Testimonials :: Contacts :: Disclaimer :: Mountain properties :: Golf properties :: Lake properties :: Rural properties :: Properties in Beach Resort :: Properties in Ski Resort :: Properties spa Resort :: Apartments in Bulgaria :: Land in Bulgaria :: Houses in Bulgaria :: Bulgaria property investment ::
© Best Bulgarian Properties Ltd. - All rights reserved
House With A Huge Garden