Cheep House Near The Mountain

Looking for a cheap house.! This offer is just for you – small one storey brick built house situated in a lovely village at the foot of the West Stara Planina Mountain some 20 km from the town of Vratza. The area boasts of its picturesque gorges, marvellous waterfalls, caves and plenty of rivers. Those who have seen the charming countryside has been fascinated.
The village is situated in a plain area very close to the mountain in the immediate proximity of the main road to Sofia. It will take you about one hour and a half to get to the capital and the International Airport.
The house we offer to you is really cheap as it is not inhabited now. Some little repairs are needed that won’t take you much efforts. The house is one storey with stone slates. Three rooms and a corridor spread on 70 sq.m living area. The toilet is outside and a bathroom is necessary but our local workers could do all necessary repairs for your convenience.
The garden included in the property is quite large – 2000 sq.m. It allows you to cultivate plants or even build a new house.
Just look at the price and contact us know!!!

Rural house for sale in the vicinity of Vratsa

The house is located at the outskirts of the town Vratsa, 500 m from the main road Vratsa - Krivodol. The house is a solid residential building with reinforced concrete slabs between the basement and the first floor. The roof is also solid, in good condition. There are two rooms upstairs and a basement on the ground floor. The general condition is good, but the house requires renovation if used for permanent living. The garden is quite large. Includes a lot of greenery, mainly vines. There are also fruit trees. The vineyard is about 500 square meters. The property is supplied with electricity and water. The year of construction is 1983. The area has quiet and has only few residents. There is a store and regular transport to Vratsa. 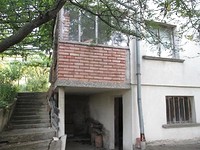 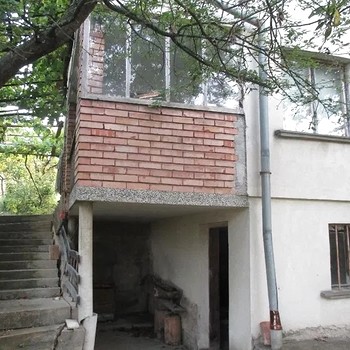 House for sale near Vratsa

This is an offer for a solid rural house for sale, located in a calm and quiet village, part of Vratsa municipality and not far from the town of Vratsa itself. The property is set on an asphalted street, just 400 meters away from the center of the village, 150 meters from the road Oryahovo - Montana. In proximity there is a river called Ogosta and the village's stadium. The property includes a yard with total size of whole 1920 sq m. It is connected to mains, water and electricity. There is an additional own water supply - well with drinkable water. The house is massive one story comprising total living area of 85 sq m and consisting of three rooms, corridor, staircase, inner basement and an attic premise. The rooms are with wooden window joinery and wooden floorings. Besides the main structure there is an adjacent one (summer kitchen) with total size of 35 sq m comprising two rooms and a glass covered lounge. The kitchen has outer and inner basin. The property also comes with a garage, barn, and few other additional outbuildings. 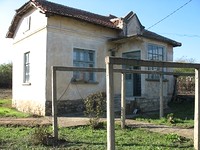 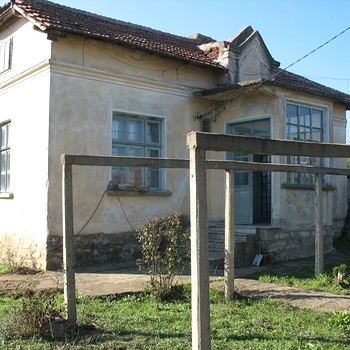 House for sale by Danube River

We are selling a two-story, brick house, located in a village near the banks of the Danube River. The village belongs to the municipality of Oryahovo, Vratsa district. It is about 6 km away from Oryahovo and 1 km from the river. The property is situated in the Ideal center of the village, close to a main street. There is easy access during any time of the year. The house has a total living area of 176 sq m. The size of the parcel it is built on is 1726 sq m. The yard includes few additional farm buildings. The distribution of the rooms inside the house is the following: First floor – four rooms, basement, closet and a garage. Second floor – lounge, three rooms, kitchen, bathroom and WC. The property is supplied with three-phase electricity, drinking water and is connected to the sewer lines, which is a big advantage. The exhibition is towards north / east / south. The garage was recently repaired.  The house has a large shed suitable for open air dinners and drinks. 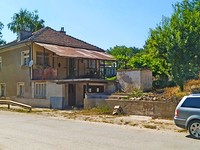 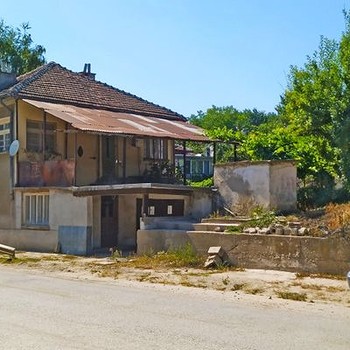