The property we present lies in an attractive location in the skirts of Sredna Gora Mountains 15 km away from the town of Chirpan. The region is ecologically clean with nice views and blue skies. The area is suitable for hunting, rural tourism, biking and hiking. Several small towns are nearby with all necessary amenities – shops, cafes, restaurants, post office, physician etc.

The house is on the picture is a one-storey one with total living space of 90 sq m. It is structurally in good condition with solid foundations. It needs some renovation to be adapted for permanent living. We could recommend builders and we could also supervise the works for you. The property has a big garden of – 1 300 sq m which is an advantage of the property. It can be arranged in a pleasant way to fit your expectations. There is space to build a garage and a summer kitchen too.

The nearest city is Plovdiv – second biggest in the country, it lies 50 km away! Closest airport with international flights is at 60 km at Plovdiv.

Come and see it, become a foreign developer in Bulgaria!

Rural property for sale near Plovdiv

We offer you this brick, two-storey house located north from Plovdiv. The house is in good condition. It is quite spacious, having an area of 80 sq m per floor. The first floor consists of a large tavern with an entrance hall and a pantry. The second floor consists of three bedrooms with a large entrance hall. Next to the house there is an outbuilding consisting of two rooms, a bathroom, a toilet and a kitchenette. Thus, the total living area of this property is 200 sq m. In the yard, there are additional agricultural buildings with a size of 200 sq m, a brick garage with a pit for car repair. The size of the yard is 800 square meters. The village is 30 km away from Plovdiv and Karlovo. 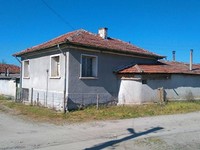 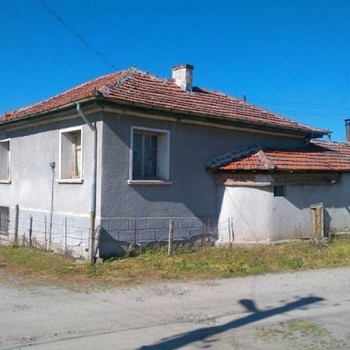 House for sale near Hissarya

The property is located in south-central Bulgaria on a plain with gorgeous view toward Stara Planina Mountain. It is in the middle of a beautiful village part of Karlovo Municipality, Plovdiv District. The clean air and the magnificent Bilala Reka River passing near the village provide great opportunities for tourism, relaxation and fishing. The nearby balneological resort with numerous mineral springs - Hissarya is just 20 km away. Hissarya boasts of a very mild climate and over two dozen different mineral springs, which make it a favorite spa destination for many Bulgarian and foreign tourists. The property which is on sale consists of an old brick build building and well-sized plot of land. The house is one story having total living area of 65 sq m. It is in need of renovation in order to become livable again. The house has large glazed summer kitchen and beautiful view. The land area is 670 sq m. It is totally flat and has much greenery and fruit trees. There is water and electricity connected. 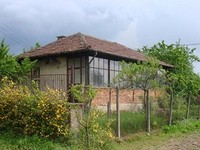 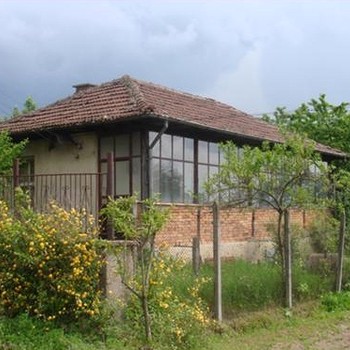 House for sale near Hissarya

We would like to offer to your attention a property for sale located just minutes away from the famous mineral spring resort - Hissarya. The house is situated in a village included in the municipality of Kaloyanovo, Plovdiv district. It is set on the main road connecting Karlovo and Plovdiv, just 10 km from Hissarya, 23 km from Karlovo and 38 km from Plovdiv. The village is well developed, with perfect infrastructure and easy access during the whole year. The offered house is single storied and has total living area of 70 sq m. It is built on a plot of land with size - 500 sq m. The property is well maintained with cultivated yard - vineyard, vines, and many fruit trees. There is also an additional outbuilding. The house has 5 bedrooms, and one is used for a kitchen - has water and another room made into a bathroom. There is sewer, furniture included, electricity, garage. 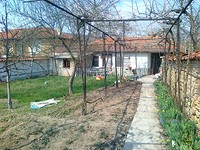 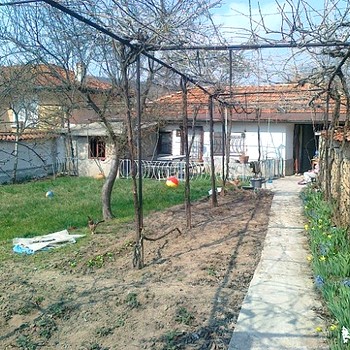