Land for sale in mountain area near ski resort

Pay attention to this extremely attractive offer of a good sized plot in the area of a well developing ski resort!!! The plot is big enough (1075 sq m) for a house and even buildings in addition or a swimming pool with a barbecue area!

The village is just 6 km away from the town of Berkovitsa which is just getting to become very attractive place for winter sports fans!!!

The village has a great location being close to the main city in the district- Montana, and just 90 km far from the capital and the International airport!!!

One of the future plans for development of winter tourism in Bulgaria belongs to the cozy and picturesque municipal of Berkovitsa. It is now a fact that the western parts of the Balkan mountain range are trying to catch up with the other winter resorts. The mayor of the town announced that the priority development of the tourism is written in the strategy of Berkovitsa municipal.

According to the plans a cabin lift will be constructed from Berkovitsa to Kom zone. At the moment the zone offers one ski piste with a drug- lift and three tourism bases with a total number of 100 beds. The plans of the municipal are to make the slope twice as large and to recover some old slopes so that the total length of the ski slopes will become 15- 20 kilometers.

We are selling this rural property located in a village in Berkovitsa municipality, Montana region. The village lies at the foot of the Stara Planina Mountain. It is very picturesque and big. The access to it is via a main asphalted road. It is 30 km from Berkovitsa and 80 km from the capital - Sofia. The house is located on the main street, near the village main square. The property is in regulation, having electricity and water. The house is two-storey. Its area is 120 sq m. The first floor consists of two rooms, a corridor with a service room and a bathroom with a toilet. On the second floor are two rooms. The size of the garden is about 440 sq m. At the end of the yard, there is an additional outbuilding. A small part of the yard is facing a river. The house needs an internal repair. It is suitable for year-round use. 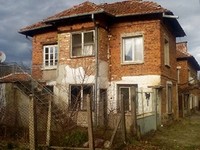 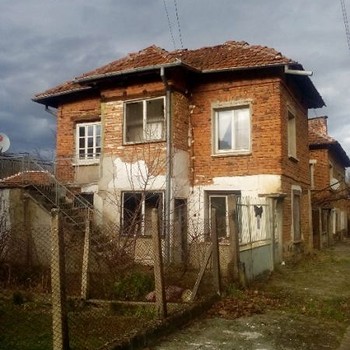 If you are looking to settle down in a quiet place with amazing mountain views, then this property is for you! The house has two floors. Each of the floors has two rooms (total of four). The total living area is 104 sq m. The construction is brick, finished in year 1978. The house needs renovation. The yard has a slight slope. Its size is 540 sq m. The house is 100 from the center of the village. The village itself is located 6 km west of Montana-Berkovitsa main road. Since it is relatively far from the river and the houses are built on the ridges of two hills, fogs are rarely formed. The landscape is open and splendid views across the Northwest Balkan are revealed. From here you can see the peaks of Kopren, Zdravetska, Kom, the Petrohan pass, the peaks of Todorini puppets, as well as the Green del of Varshets. The inhabitants of the village are mostly Bulgarians and English. 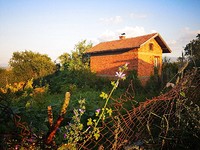 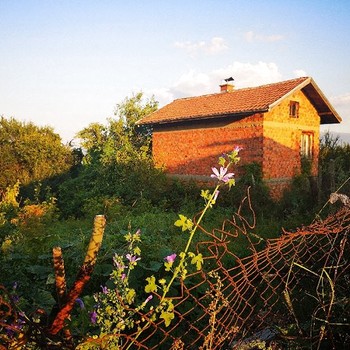 House for sale near Berkovitsa

This is a nice rural house for sale, located in a picturesque village near the mountain resort Berkovitsa, Montana region. The village is set just around 17 km from the town of Berkovitsa, The town is situated on the northern slope of the Berkovska Stara Planina Mountain (part of the Balkan Range) along the valley of the Berkovitsa River, at an altitude of 405 m. The highest point of the Berkovitsa Municipality is the summit Kom (2016 m). The neighbouring municipalities are Montana, Varshets, Godech, Vratsa and Georgi Damyanovo. The distance to the town of Montana from the village is also 17 km. The house which is for sale is one story, comprising total living area of around 60 sq m. It consists of four rooms and a basement. There is also an adjacent outbuilding consisting of a garage, bathroom and WC. There are all communications provided - water and electricity. The house is in good condition although is in need of some repairing works in order to move in. It is built on a well sized plot of land - 300 sq m large. The property is set in the center of the village. 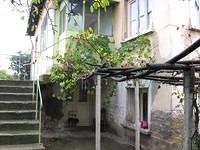 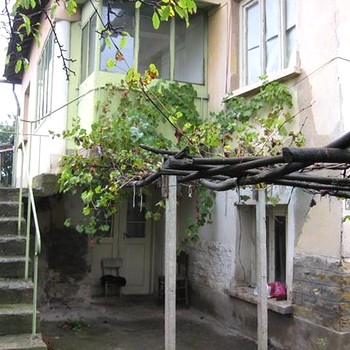