A Plot On The Seaside

Have you ever dreamed of having a house on the sea side.We offer you 4000 sq. m of regulated land only 500 metres from the sea coast. The plot is located in a small village about 30 km southern from the sea capital Varna.
The villagehas recently been allocated for development as a new resort on the Black Sea coast. Offering clean air and superb sandy beaches that gently slope down to the water it is an ideal location for family holidays and those looking to invest in an area not previously available.There is an extensive coastal nature reserve close by.
The village is close to Kamchia river. The beach is 5 kilometers long and 150- 200 m wide and having sand dunes at places. The village become more popular and with preferance for vacation among many tourists and investors as well. The holiday complex of the same name is situated closer to the adjacent beech of fine white sand. Mineral water springs have been found in the surrounding area, though their tourist potential remains under-exploited. There is project for new holiday resort near the village with capacity 25,000-30,000 beds.
The plot is an excellent choice for investment or for building your dream vacation house.

This is a new luxury house for sale with furniture and equipment just minutes from the beach. The house is located only 9 km away from the center of Varna, in a quiet and well-developed village, along the road Varna – Albena. It is 20 km from the famous sea resort Golden Sands and 17 km from the resort Albena. The village is occupied by 1800 permanent residents. It is one of the largest villages in Varna region but at the same time, it offers peace, tranquility and crystal clear air. The total living area of the house is 210 square meters, divided into two floors: First floor - large living room with kitchenette and seating area with dining area opening onto a spacious veranda, 2 bedrooms, bathroom with toilet, corridor and internal staircase leading to the second floor, a small storage room. Second floor - two bedrooms, study, laundry room and closet, bathroom with toilet, corridor and two terraces. The interior is designed in the classical style, with luxury furniture and accessories - curtains, blinds and lighting fixtures. The total land area is 400 sq m. The yard is well landscaped and maintained. There are fruit trees (apples and black pepper cherry blackberries). A massive fence made of wrought iron fences the property. The house is in excellent condition, with stylish furniture and equipment. The neighbors are very nice people. 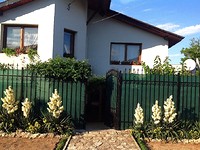 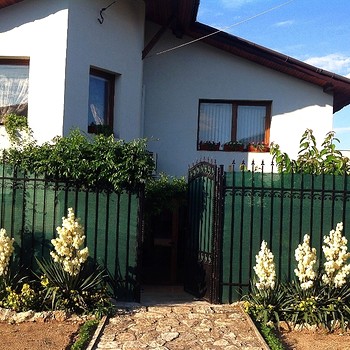 Amazing apartment for sale in Varna

For sale is a two-bedroom, south-facing, furnished apartment with a clean living area of ​​125 sq m. The apartment is sold with two parking spaces, which are included in the price. The building was finished in 2006 - luxury construction according all modern requirements. The building is gasified, has an underground parking and an elevator for 8 people. The apartment is to finished turnkey, having an oak parquet flooring on the whole area, equipped kitchen with Italian appliances, air conditioning Daikin, heating installation, 5-chamber PVC windows, luxury custom doors, armored entrance door, home theater wiring, alarm system and video surveillance. The property is in a very communicative place – 50 m from a bus stop, grocery stores – 50 m, market- 100 m, playground – 30 m, schools, kindergartens, community center and others. 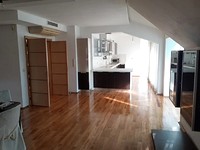 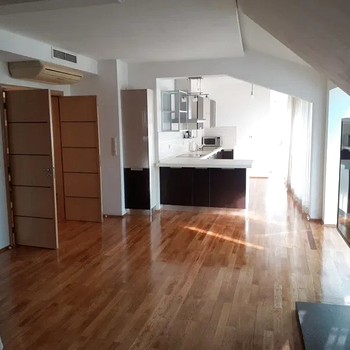 Apartment for sale in Varna

For sale is a two-bedroom apartment with the possibility of conversion into a three-bedroom. It is in the center of Varna, next to the Blue Market and the Cathedral. The property is 200 meters from the theater, the opera and the fountains. The apartment is on the sixth floor of an eight-storey building with an elevator. Its clean living area is ​​124.87 sq m and consists of the following: Spacious living room (42 sq m), two bedrooms (18 sq m each), two bathrooms with toilets (6 sq m each), two terraces (one is ​​16 sq m and the other is smaller) and an entrance hall (15 sq m). The price also includes a basement (2.8 sq m). The apartment is finished with putty and plasterboard. Switches, sockets, front door and PVC windows installed. This is a perfect, functional apartment with nice panorama in the center of the city! 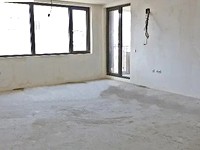 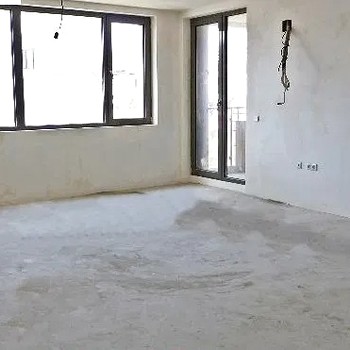