A Hunting And Fishing House

PERFECTLY SITUATED PROPERTY IDEAL FOR HUNTING AND FISHING! This property is ideal for rural tourism especially fishing. BEAUTIFUL LANDSCAPE MAGESTIC FOREST VIEW. There have been built a ranch consisting of large living room, room, bathroom and WC, large terrace, barbecue – altogether 75 sq.m. The forest view is marvellous. There is another unfinished house – 130 sq m. The land is 4000 sq m; foundations for 2 old Bulgarian shelters have been built and the plan is for 6. Three drills for water also have been made. The road is dirt about 150 meters.
Nearby there is a beautiful artificial lake. The distance to Kamchia River is 500 m., to resort complex Kamchia is 4 km., to Varna it is 24 km., 300 m. to the main road Varna-Burgas and 35 km. to Varna airport. Do not miss your chance!

Apartment for sale close to the sea

The apartment has an area of ​​91 sq m (76 sq m of clean living space). The price also includes a basement of 3 square meters (not included in the total living area) and a parking space of 11 square meters. The main exposure is southeast. The apartment is internal, very warm, with high energy efficiency! It is offered furnished (as on the photos). It was inhabited for less than 4 years. The property is situated in a picturesque vacation village south from Varna. It is next to a forest, amongst very fresh air! The complex is well maintained, with security. There is a swimming pool, open from May to September. The annual maintenance fee is BGN 500 (including electricity monthly expenses and "repairs" fund). The management and maintenance of the complex is carried out by the residents (without external companies). Wonderful and responsive young neighbors! Many kids! There is year-round easy access to Varna (64 km). 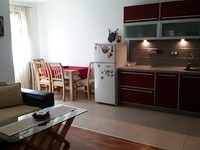 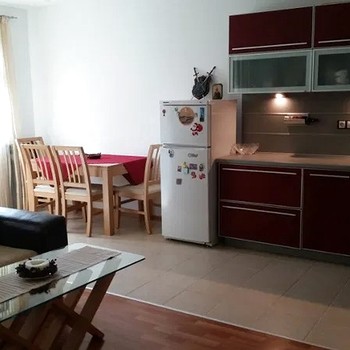 One bedroom apartment for sale in Varna

We are selling a new, fully finished and furnished apartment in the city of Varna. The apartment has Act 16. Its total living area is 72.32 sq m. It is very high quality with exceptional attention to every detail. The apartment is on the second floor out of four in the building. Thea year of constriction is 2014 – Brick. The apartment consists of a corridor, living room with kitchenette, large bathroom, bedroom, two terraces. There is also a basement. The whole apartment is fitted with extra quality Italian granite. There are quality MDF interior doors with quality fittings and locks. The kitchen is designed in Italy, made in Bulgaria with incomparable quality. The bathroom is finished with unique tiles also imported from Italy. Toilet - VIDIMA high class. There is a specially designed shower cabin - black triplex, with chrome-nickel fittings. Installed is a unique, handmade mirror. The bedroom is equipped with DAIKIN air conditioner, new, unused. There is a bed, bedside tables, chest of drawers / wardrobe - designed in Italy, made with Italian materials in Bulgaria. The apartment is ready to move in and comes with everything necessary. 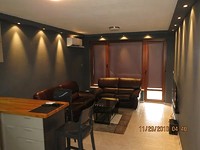 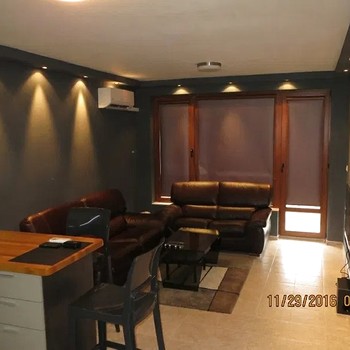 Villa for sale near Balchik

This is a hot offer you shouldn’t miss. We suggest you a plot of land with fantastic sea view. The property is situated in a villa area between the famous sea resorts of Balchik and Albena. The plot is regulated and comprises 380 sq m big enough for building a holiday house on it. The property includes also a small one storey chalet of 40 sq m supplied with water and electricity. The property offers view towards Albena. The International Airport is about 50 km south. 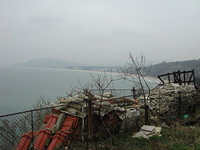 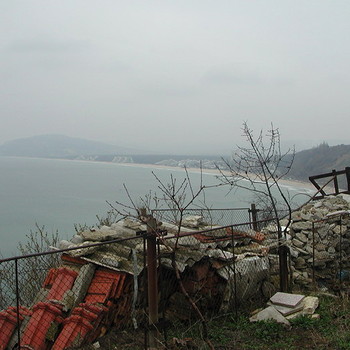