The land is 2200 sq m large and regulated which is a big adventure because in order to build on it you don`t need to change its status as it already is changed!!!The views around the plot are beautiful and the area is very green.
The property is located in a picturesque village about 31 km far from the town of Yambol and 55 km far from the second biggest city on the Bulgarian Black Sea Coast. The International Airport is about 60 km away at the end of the city. The village is well developed- There is a primary school, a health centre, shops, a cafe, a restaurant, regular bus system to the main towns and villages in the area and etc. The village is the biggest in the region and it is on the road that connects Bourgas and Yambol. The surrounding area is favorable for relaxation and recreation. Take advantage and contact us regarding this property!!!

The following property is located in southeastern Bulgaria, in the municipality of Straldzha, Yambol district. The village is 19 km east from Yambol and 100 km west from Burgas and the sea. The offered house is single-storied, located in the center of the village. It has total living area of 73 sq m and a yard of 1200 sq m. The house consists of three rooms, corridor and glazed balcony. There is also a ground floor with basements. The house needs renovation before you could move in. The roof is in perfect condition. In the yard there are few additional farm buildings, suitable for breeding animals. There is a well with pump for irrigation. The property is suppled with electricity and water. There is a possibility for connecting it to the sewer system. 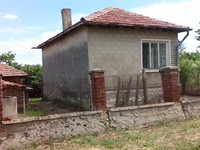 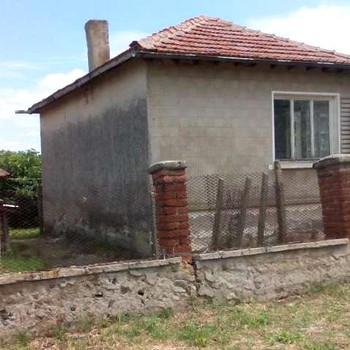 Land for sale near Yambol

Great investment! Huge yard with already layed foundations at low price! This estate is situated at the end of the village, so a very beautiful view to the local hill can be seen. A river passing nearby offers good fishing area. The property has many advantages - the foundation of the building is already based - it comprises of 120 sq.m. living space for each floor-with a permission for three .The building of the house can be finished easily with the assistance of our high qualified builders. The yard is big-2000 sq.m, not cultivated yet, so you can plant everything according to your requirements. This village distinguishes from the others with its better location-near a main road, only 8 km from the biggest region town Yambol, 30 km from the most sought town Elhovo and just 130 km from the splendid sea city Bourgas, International Airport and seashore. Another advantage is the unspoilt, beautiful nature, offering a nice forest view in a plain area. The famous local hill is only 100 m from the village. The healthy, clean air, the possibility of a pleasant spare time if you are keen on fishing, hunting or just bird watching make this property attractive. The neighbors will warmly welcome every new owner for her/his good choice- the possibility to have a calm and peaceful vacation or way of living. Yard-2000 sq.m. 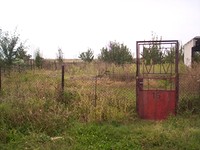 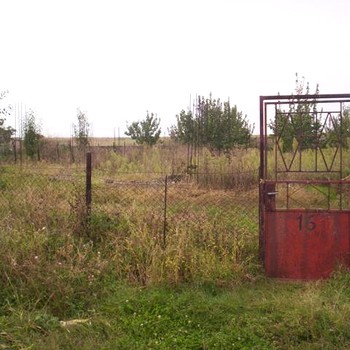 One storey house for sale near Yambol

This is a small one storey house situated in the outskirts of a peaceful and hospitable village of the Yambol area. The property has not been recently inhabited and looks seedy but after some little investments it will turn into a lovely place for living. The house has 60 sq.m. living area divided into three rooms. It needs renovation and we recommend you using our local experienced workers for all necessary repairs. Electricity and running water are available. The toilet is outside. The 2000 sq.m. yard is a tidy now. Imagine how several fruit trees and flowers could beautify it. It is a really advantageous offer in such region like the Yambol area. Close to the seaside – some 100 km away, it is very attractive and preferable by the foreign families. The district is well developed with wonderful conditions for fishing and hunting. Think about making a good investment at the very low price and contact us! 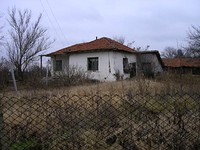 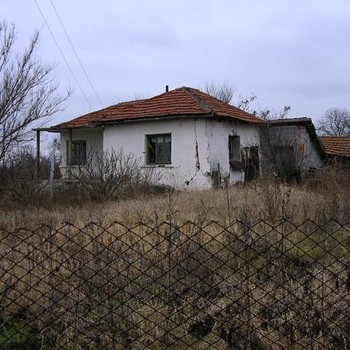 Record Rise In Brits Expatriating Expertly Predicted 14/10/2008
We cannot say that we are at all surprised by the latest findings from AXA and HSBC relating to expatriate trends. AXA has predicted a rise in the numbers of us leaving UK in search of a better, more affordable life abroad, whilst HSBC has revealed that apparently UK is considered one of the...
Bulgaria Allocates Co2 Permits By End Of March 18/03/2008
Bulgarian government is expected to allocate to industry permits to emit 42.3 million tonnes of annual carbon dioxide for 2007 and 2008 by March 27, the Environment Ministry official announced on Monday, told from Reuters. By that time the state will submit the necessary information to the EC...
Bulgarian property ::  Недвижимость в Болгарии ::  Proprieta in Bulgaria ::   :: Towns in Bulgaria :: Property renovations :: Services and Fees :: Bulgaria Property FAQ :: Map Search :: About Bulgaria :: Mortgages :: Property insurance :: Testimonials :: Contacts :: Disclaimer :: Mountain properties :: Golf properties :: Lake properties :: Rural properties :: Properties in Beach Resort :: Properties in Ski Resort :: Properties spa Resort :: Apartments in Bulgaria :: Land in Bulgaria :: Houses in Bulgaria :: Bulgaria property investment ::
© Best Bulgarian Properties Ltd. - All rights reserved
Regulated land near Yambol