The offer is of a large (5153 sq m) regulated plot located 5 km far from the highway to Stara Zagora and the city itself is only 18 km away. The plot is regulated meaning that you can build on it and has water and electricity provided. The plot is approachable by an asphalted road!Stara Zagora is a prime tourist destination offering leafy boulevards, friendly people, lively sidewalk cafes, excellent local cuisine, opera, theatre, galleries, interesting museums with Neolithic Dwellings and Roman Forum ruins, a 790-acre Ayazmoto park, shopping, natural thermal hot springs, proximity to mountains for the photographer, hiker, hunter or fishing enthusiast and much, much more. The town of Kazanluk is at the same distance from the village. The big river of Tundzha passes just 3 km far from the village.

Category:  Regulated land
Plot Size :  5,153m 2
Extras:  Electricity, Water
Location:  Near river, In spa resort, In the countryside, Near town, In fishing area, In hunting area, Near highway, In vacation place, Near mountain
Published:  Wednesday, May 2, 2007

House for sale near Stara Zagora

For sale is a property located in Stara Zagora municipality (17 km away from the municipality center). The property comprises of a spacious yard, several farm buildings and a brick and stone house with a total living area of 50 sq m. The house itself consists of two rooms, an entrance hall, a kitchen and a basement. The house is in overall very good condition. Recently, repairs were made and the roof was renewed. The house has stone walls - 70 cm thick. A small part of it is made of bricks. There is electricity and water. The yard is 890 sq m in size. It is cultivated. There is a probe and a greenhouse, many orchards, vines, raspberries, strawberries, flowers and more. The property is located near the center of the village with access via an asphalted street. There is beautiful panorama. 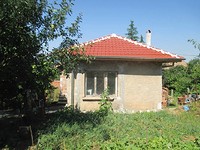 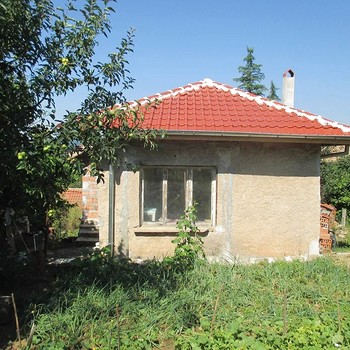 House for sale in the town of Galabovo

This is a house for sale located in the town of Galabovo, 45 km away from Stara Zagora. The property is in a 5-minute walk from the center of the town. The house was almost not lived in. There is a possibility to purchase it with all the furniture and equipment. There are three floors in total. The house has a huge basement of 2 rooms underneath. The layout is the following: First floor - large living room with transition to a guest room, bedroom and a bathroom. Second floor - large living room and 2 bedrooms. Attic floor - 2 huge rooms. Each floor is 100 sq m in size. The area of the yard is 1000 sq m – front and back garden. There is a possibility to connect the property to the central heating of the town – the pipes are only two meters away. 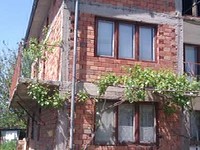 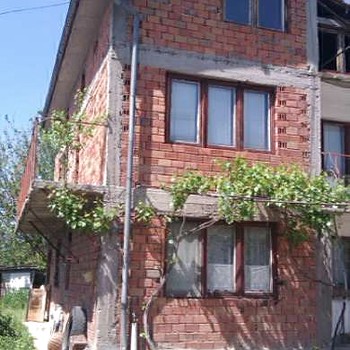 Property for sale in the town of Nikolaevo

We are offering you this cozy, little house situated in the town of Nikolaevo (Stara Zagora district). The house is in excellent condition, sold furnished and equipped. It has a total living area of 120 sq m distributed on one floor. The house consists of two bedrooms, a lounge, a living room with kitchen box, bathroom with a toilet, corridor, a tavern with a fireplace, a basement, and an adjacent premise used for storage. The size of the yard is about 900 sq m. The parcel includes a parking space, flower garden, fruit garden and vegetable garden. This property is excellent for investment and rural tourism. It is set in the very center of the town of Nikolaevo, with perfect communications and good neighbors. The town lies 3 km from the Zhrebchevo Dam and 2 km from the Tundzha River. The town of Kazanlak is at 39 km, Stara Zagora – 42 km, Sliven - 52 km, Veliko Tarnovo - 65 km, Nova Zagora – 32 km, Elena - 12 km, Shipka - 64 km. 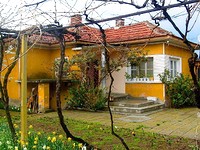 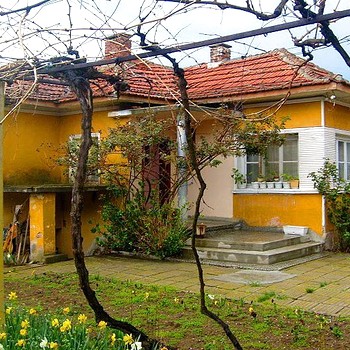 Important Advice For Those Moving Abroad In Retirement 28/08/2008
There has been a large and truly significant rise in the numbers of British retirees moving abroad in the past 5 years and it has probably got more to do with fiscal fundamentals than anything else at all. The rising cost of living in the UK is a massive contributory factor - but it is really...
Michael Lynn Ordered To Pay Back 1.3m Euro 14/03/2008
Ill-famed solicitor Michael Lynn was ordered on February 25 to repay loans amounting to 1.3 million euro that he used to buy four apartments for investment purposes, the Irish Independent daily reported. A High Court judge’s ruling came after the National Irish Bank (NIB) lodged a claim with...
Bulgarian property ::  Недвижимость в Болгарии ::  Proprieta in Bulgaria ::   :: Towns in Bulgaria :: Property renovations :: Services and Fees :: Bulgaria Property FAQ :: Map Search :: About Bulgaria :: Mortgages :: Property insurance :: Testimonials :: Contacts :: Disclaimer :: Mountain properties :: Golf properties :: Lake properties :: Rural properties :: Properties in Beach Resort :: Properties in Ski Resort :: Properties spa Resort :: Apartments in Bulgaria :: Land in Bulgaria :: Houses in Bulgaria :: Bulgaria property investment ::
© Best Bulgarian Properties Ltd. - All rights reserved
Regulated land near Stara Zagora