Apartment for sale in Varna

This is a spacious one bedroom apartment for sale located in the city of Varna right across the McDonalds. The apartment is situated in a brick built building finished in 2006 year. It is nicely made, very high quality construction according to the modern requirements. The apartment is situated on the sixth floor of the seven floored building. The property comprises total living area of 73 sq m including the common parts and the basement. It consists of one bedroom, living room with place for a kitchen box, wet premise and bathroom with WC. There are also two balconies - one with southern view and one with east exposure. The size of the living room is 6.70 m. x 3.60 m, size of the bedroom: 3.70 x 3 m., the size of the eastern balcony: 1.80 x 2.30 m., west balcony: 2.70 x 1.90 m. The apartment is close to all major communications - it is meters away from Boulevard Vladislav Varnenchik and Boulevard Otets Paisii, near school, market, shops, and the center. The street itself is not large and is very quiet. The apartment has new paint, tiles, sanitary ware, shower, water heater, two air conditioners, external blinds. 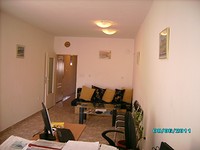 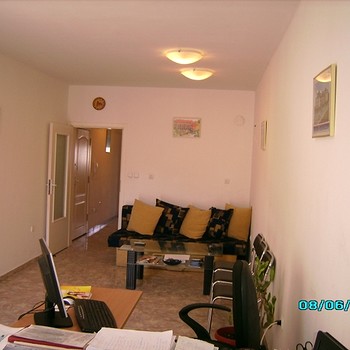 Lovely House In A Beautiful Area 17 km Away From Varna

Our suggestion this time is for a gorgeous two-storey house located in a picturesque area called Perchemliyata. There you can visit the Aladza Monastery which is very close to this area. It is one of the medieval rock monasteries found in the northeastern part of Bulgaria inhabited by hermits in the 13th-14th century. It is 17 km away from Varna. The name Aladza is a Turkish-origin word, meaning patterned. The monastery rooms were cut out on two levels in the almost 40-meter high limestone rock. Probably, life in it was declined when Bulgaria fell under the domination of the Turks in the end of the 14th century. The monastery was opened as museum and tourist site in 1906. The place is perfect for a relaxing vacation where you can have a calm sleep and spend wonderful time. The house we offer to you is very close to Aladza Monastery. It is a small brick-built one with 2 rooms on each of the two floors. There is an attic room which can be used as a storage. The property is being sold with the whole furniture. There is also a workshop out of it. The living area is 700 sq m . The garden which goes with the house is not so large but enough to grow some vegetables or fruits. Although it is being sold with the furniture, the house needs small renovation and refreshment in order to become the most suitable place for you. This property is a very profitable one with its proximity to the Black Sea coast and its location on the eastern slopes of Stara Planina Mountain.This house is worth having it! Do not hesitate! 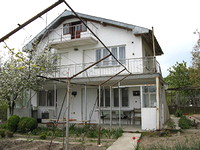 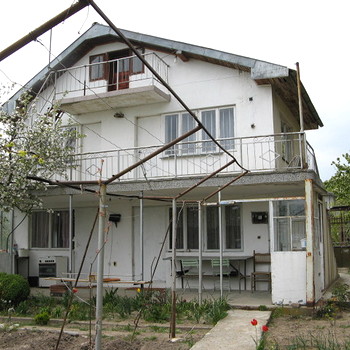 House for sale on the sea

Have a look at our next interesting offer. This is a house for sale located in a small town on the sea. The property is situated in the costal town of Byala, just 50 km from Varna city and the International airport. The famous seaside resort Sunny Beach is 40 km away and the ancient town of Nessebar 45 km. The town of Bourgas is located at the distance of 78 km. The property which is for sale consists of a small one storey house and a spacious yard. The house has total living area of 120 sq m. The living space is distributed between 4 rooms and a corridor. The house is old and it is in need of renovation. It is built on a very spacious plot of land - 1100 sq m large. The yard comprises lots of greenery and fruit trees. The whole plot is surrounded by a fence. There is water and electricity provided, also a telephone. The property benefits from its attractive location - just 1 km from the sea and few hundred meters from the center of the town. There are all amenities in close proximity. The house is facing an asphalted road which guarantees easy access through out the whole year. From the windows of the house opens wonderful view towards the sea and the mountain. 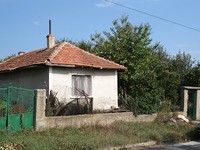 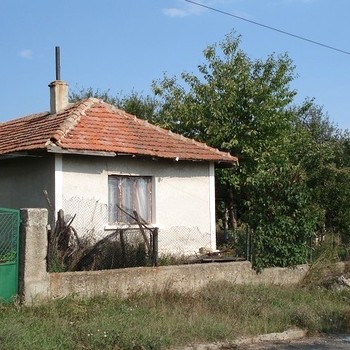 Nearly 330 Exhibitors Take Part In Property And Investment Expo In Poland 11/03/2008
Nearly 330 exhibitors from 18 countries took part in the 16th edition of International Property, Investment and Finance Fair REFE, an increase of 12 per cent in comparison to figures for the previous year. REFE took place from April 20 to 22 in Poland. In the investment part of the 16th REFE...
A second Mall outside Sofia opens its doors 28/03/2014
For the past five years, the construction of a number of commercial centers was frozen. Only Strand Burgas managed to open its doors, even after the beginning of the crisis. Today we are witnessing the second largest shopping centre, which will be put into operation – “Panorama Mall”. After...
Bulgarian property ::  Недвижимость в Болгарии ::  Proprieta in Bulgaria ::   :: Towns in Bulgaria :: Property renovations :: Services and Fees :: Bulgaria Property FAQ :: Map Search :: About Bulgaria :: Mortgages :: Property insurance :: Testimonials :: Contacts :: Disclaimer :: Mountain properties :: Golf properties :: Lake properties :: Rural properties :: Properties in Beach Resort :: Properties in Ski Resort :: Properties spa Resort :: Apartments in Bulgaria :: Land in Bulgaria :: Houses in Bulgaria :: Bulgaria property investment ::
© Best Bulgarian Properties Ltd. - All rights reserved
Lovely House in Traditional Style