This beautiful property is located in a nice village just 23 km from the town of Yambol, 61 km from the town of Bourgas and 28 km from the town of Elhovo. Many UK people prefer this place for their relaxation because the fresh air, good nature and native people.The plot is very large- 7000 sq m and regulated meaning you can go ahead and build on it without changing its status! The property has great potential as more and more foreigners invest in this village and in this area in general. There is a lake in the village as well. The place is calm and peaceful- very suitable for holidays!The settlement is quite large and the main road to Bourgas- one of the main cities in the area, passes near the house. There are over 30 houses sold to English people in the same village and a project for a Villa complex too.

House for sale near Elhovo

This is a renovated house on one floor, with built area of 80 sq m and a yard of 960 sq m.   The property is situated in a well developed village in the municipality of Elhovo. The village lies in southeastern Bulgaria, 4 km from the municipal center town of Elhovo and 32 km from the district center of Yambol. The Tunja River passes just 2 km away from the village and offers great opportunities for fishing and tourism. It is on the main road Yambol - Elhovo - Turkey - 37 km from the Turkish border, 90 km from Burgas airport.   The house is located near the center of the village on an asphalted road. It was built in 1960 year – brick and wooden beams. It has the following distribution: on the ground floor there is a lounge and a storage room. The first floor consists of a granite finished staircase, corridor, equipped bathroom with toilet, furnished kitchen and two bedrooms.   The house is after a complete renovation. The floorings are finished with tiles and laminate. The ceilings are gypsum, plastered walls, latex paint. There are PVC windows with mosquito nets, interior MDF doors, new electrical installation, new water installation, new concrete septic tank. Outside there is a sink, concrete walkways around the house, space for car parking in the yard.   In the village there is a post office, grocery store, cafe and community center. There is regular transport to the municipal center town of Elhovo. 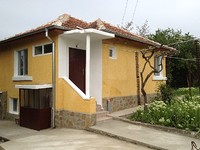 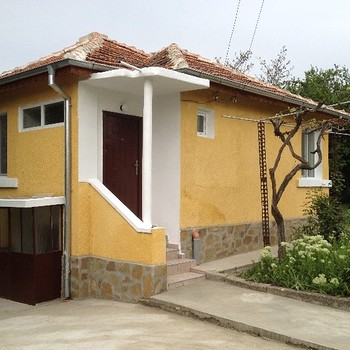 Looking for an unfinished house in the countryside? Perhaps this property might be exactly for you. It is a large brick built house in a lovely village not far from Yambol. The area is rural and very peaceful. The region is suitable, hunting and fishing. All kinds of rural and eco-tourism are also popular here. The town is about 30 km away. It is a home to an ancient settlement, a national archaeological reserve and a nature preserved site, being the most important Thracian settlement in Bulgaria. The house we suggest you is a newly built, but unfinished. After some finishing works it will become a fantastic holiday home. The house is a two-storey one comprising of seven rooms.One of the main advantages of the property is the big garden. Its 3 200 sq m can fit another house and some outbuildings. There is enough space for a garage and a barbeque area. Such a good investment is worth considering. 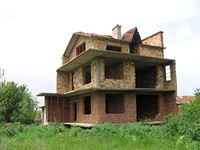 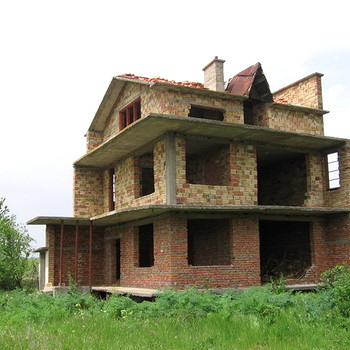 Your investment in Bulgaria could be that traditional rural house which is located about an hour driving to the sea. The property lies in a quiet charming village near river and close to the main road from Yambol to Burgas city. The settlement is well organized despite being small. There is a shop, mayor house, library and church. The permanent residents in the village are around 150 - most of them are Orthodox but there are also Catholics. A mineral spring with healing water located 3 km far from the village is popular among the locals. The nature is lovely and unspoiled with good conditions for fishing and hunting. Close to the village there are ruins of an ancient Roman fortress. Some 13 km from the village a new golf course will be built. The house we suggest is two storey with total living area of 100 sq m . There are four rooms distributed between the two floors. There is no toilet or bathroom inside and they should be built after buying the house. Both floors are independent with separate entrances. The flooring inside is wooden but it needs renovation as the whole house. The building hasn't been inhabited for a few years and should be repaired to become livable. There is a big garden included in the property. It spreads over 1000 sq m and goes with a wooden farm structure. 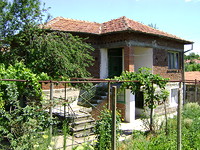 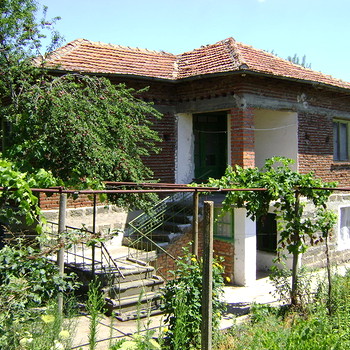