Land for sale near Berkovitsa

Investment in land has been the most profitable enterprise for the past few years. Of great interest are agricultural plots in close proximity to regulation in areas under development. Converting agrarian land to regulated building site can double or triple the selling price.
That’s exactly what we would like to offer you. The town of Berkovitsa enjoys an increasing popularity and interest. It is considered to be the next big ski resort in Bulgaria. It is still at its early stage of development and there is still place for profitable investments.
The land we offer is agricultural plot very close to regulation. The size of the land is 3000 sq m. There is water and electricity available which makes the regulation process even easier.

Plot 800 Meters Away From The Ski Tracks

This large plot (5000 sq m) is located in a developing ski resort in the mountains!It offers you an excellent opportunity to invest in the next big winter resort. The nearest town is Berkovitsa.It is situated in the northern foot of Berkovski Balkan (Western Balkan Range). It is 25 kilometers north of the Petrohan narrow and it is 23 km to the town of Montana and respectfully 75 km from Sofia International Airport. The region offers numerous possibilities for mountain sports and recreation.The plot that we offer is only 800 meters from the cabin lifts and the ski tracks. Electricity and water are available and the plot can easily be regulated.The asphalt road is only 100 meters away. The plot is flat and is surrounded by a forest.A small river passes on the north. One of the future plans for development of winter tourism in Bulgaria belongs to the cozy and picturesque municipal of Berkovitsa. It is now a fact that the western parts of the Balkan mountain range are trying to catch up with the other winter resorts. The mayor of the town announced that the priority development of the tourism is written in the strategy of Berkovitsa municipal. This is the perfect time to invest in a plot which will be priceless shortly. 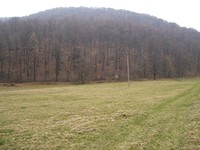 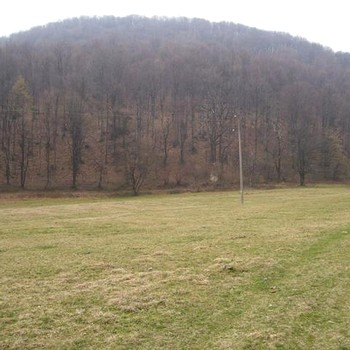 Our next offer is also for a house for sale of new construction, located in the resort town of Berkovitsa   The house was finished in 2002. It is brick construction, on three floors, with total living area of 300 sq m and a yard of also 300 sq m. The finishing is turnkey – floor covers, wall isolation, latex paint, water and electricity.   The distribution of the premises is as follows: on the first and second floors there are bathrooms with WCs. The attic floor comprises of two rooms. In total there are 10 rooms. There is also a boiler premise on the ground floor.   The house is equipped with boiler Viadrus which is connected with radiators in each room and another 80 l boiler for the hot water. Outside there is a garage. The property is sold partially furnished. 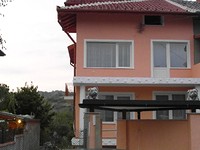 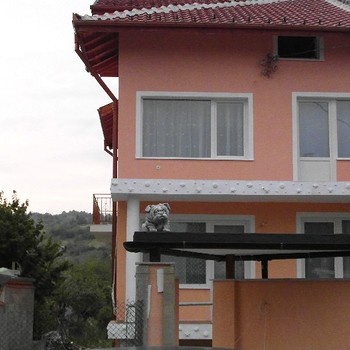 Pay attention to our next offer! This is a new house for sale, completed in 2007, located in the town of Berkovitsa.   Berkovitsa lies in north-west part of Bulgaria. It is situated on the northern slope of the Berkovska Stara Planina Mountain along the valley of the Berkovitsa River. The town is a famous ski resort visited by many tourists annually. It has perfect infrastructure and all necessary amenities for vacation or for permanent living.   The house is new construction, on three floors and with total living area of 216 sq m. The yard is 220 q m in size. The building is brick built, using only the highest quality materials according to the latest requirements.   The distribution of the premises inside is as follows: on the first floor there is an office or a store with bathroom, WC and administrative premise. The second and third floors are not yet arranged and left entirely for the future owner to decide. There is a basement premise under the whole building. 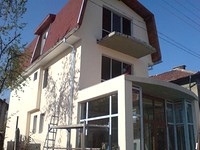 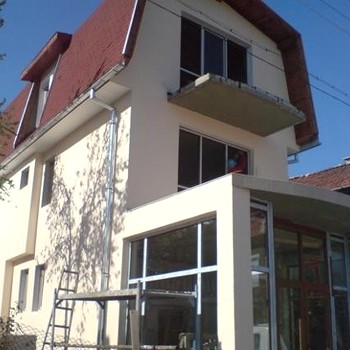