House for sale near Stara Zagora

We would like to offer you a house is situated in a village included in the municipality of Stara Zagora, Stara Zagora district. It is only at 25 km from Stara Zagora.

The house consists of two rooms and a kitchen, built in the 80ties. Next to it were built two rooms that are in very good condition. Separately on the plot there is another old brick house, which consists of two rooms and a hall, but the walls are cracked. There are also two more premises, one used as storage and the other used as a closet. All these facilities are solid built and in very good condition. There are many fruit trees and a vineyard. The house is offered with all the furniture. Each room has two corner beds, tables, chairs, electric stove with gas hobs and a refrigerator. The total built area is 60 sq m and the yard area is 1200 sq m.

The property consists of a two-storey house with a total area of ​​90 sq m, a parking lot, a solid outbuilding and a garden of 1010 sq m. The distribution inside the house is very convenient. On the first floor there is a corridor, a kitchen, a living room, a bedroom and a toilet. The floor covers in the kitchen and the living room are terracotta, and in the bedroom - wooden. An internal staircase leads to the second floor. Here you will find a corridor, a room and two closets. The floor covers there are all wooden. The garden is planted with fruit trees and vines. In general, the property is in good condition, but needs refreshment. The house is supplied with electricity and water - inside and outside. There is no bathroom inside and the toilet is outside, in the yard. The village itself is small, but offers amenities such as a shop, church, police, doctor, post office and regular transport to nearby towns and villages. The surrounding area offers a good opportunity for hunting, fishing and rural tourism development. One of the advantages is its close proximity to the highway "Trakia" - 7 km and the Maritsa highway - 4 km. 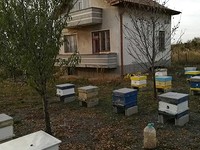 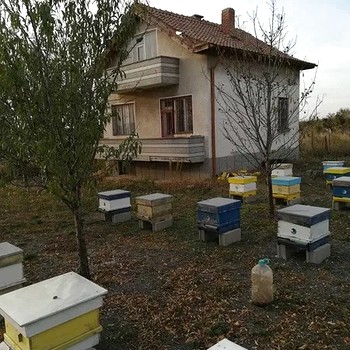 Rural property for sale near Chirpan

For sale is a house with an area of 140 sq m and a yard of 775 sq m. The house is located in a cozy village, 13 km from the town of Chirpan, 42 km from the town of Stara Zagora and 67 km from the town of Plovdiv. There is a regular bus transport to the nearby Chirpan. The house is facing an asphalt road, accessible all year round, with all communications supplied (electricity, water, sewerage and a well). It is near the village center, a school and shops. The building is brick construction, on two floors, built in 1990. It has the following distribution inside: First floor - entrance hall, corridor, bathroom with toilet, kitchen with living room and a bedroom. Second floor - living room, bedroom and two terraces. There is also a garage of 40 square meters, with inside connection to the house. Above the garage there is a storage room or a workshop. In the yard there are few solid agricultural buildings. There are also fruit trees and vines. 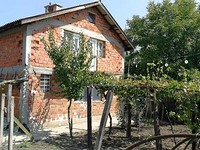 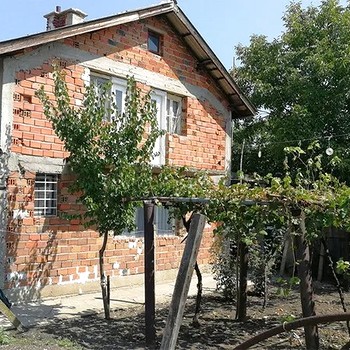 House for sale close to Chirpan

We are offering for sale a large, three-storey house, located in the municipality of Bratya Daskalovi, Stara Zagora district. The house is solid. It is brick and concrete construction, with total living area of 129 sq m. The exhibition is towards south. The first floor is 38 sq m and consists of one room and a garage. The second and third floors are each with area 45.5 sq m and consist of two rooms per floor. All three floors are connected with internal concrete staircase. The size of the garden is 820 sq m. It includes a fruit garden with about 25 fruit trees and a vinery. There is also outside WC with septic tank. The property is connected to electricity and water.  The year of construction is 1989. The overall condition is very good. 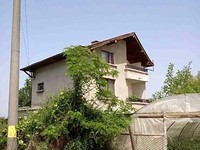 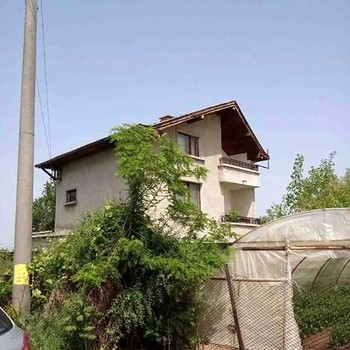