House for sale near Lovech

We would like to offer you a nice rural house for sale located at the northern foothills of Stara Planina Mountain.

The property is situated in a picturesque village included in the municipality of Ugarchin, Lovech district. The village is 15 km south of Ugarchin, 40 km south-west of Lovech, 40 km north-west of Troyan and approximately 120 km north-east of Sofia. The highway, which connects Sofia and the city of Varna is only 3 km away

The offered house is two-storied with total living area of 98 sq m. It has inside and outside WC, bathroom. The living area is distributed between two rooms on the first floor and two rooms on the second. There is also a balcony. The house is built on a well-sized plot of land with area 324 sq m. The yard borders the river. The building is after renovation from inside and outside.

Nearby there are grocery stores, several restaurants, internet club, school, post office and community center. Regular transport connects the village to the towns of Lovech and Teteven.

House for sale near Lovech

The house has two residential floors and total living area of 130 sq m. It is built in the 50ties. It is solid with very thick walls. The house is renovated and plastered from the outside, and the roof is also partly renovated. The rooms are plastered and painted, as also the floor. The house consists of 4 rooms and a kitchen, big hall, a second corridor, bathroom and WC, tavern and two large cellars. The property is warm in winters and cool in the summers. In the yard there is a 20 sq m summer kitchen, garage and some additional agricultural outbuildings. There is also a well, high capacity and with water pump. The garden comprises with many orchards, fruit trees and strawberries. The soil is extremely fertile. The house is very close to the village center and 50 meters from the river Osam. There are good neighbors. It is a wonderful place to live in close proximity to the town of Lovech. 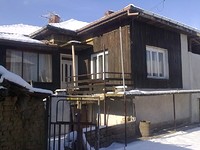 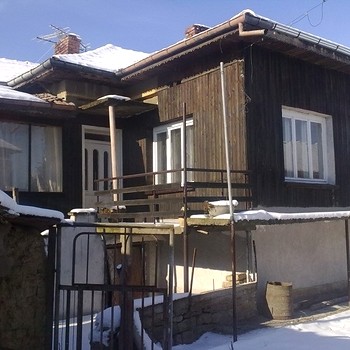 House for sale in Teteven Balkan

This is a house for sale located at the foot of the Teteven Balkan. It is a solid house with three floors, total living area of 180 square meters and a garden of 600 sq m. It has the following distribution of the premises inside: On the first floor there is a garage, basement and a bathroom. The second floor consists of a bedroom, living room with kitchen and two balconies. The third floor has a large living room, bedroom, children’s room and two terraces. There is inside staircase with marble and all of the walls are plastered, painted and with paneling.   The property is suitable for year-round family villa. It faces an asphalted road and has beautiful panoramic view from all balconies and windows. The yard is terraced. The village is close to some large towns. It is 100 km from Sofia, 30 km from Lovech, 20 km from Teteven, 3 km from the main highway Hemus E-79. 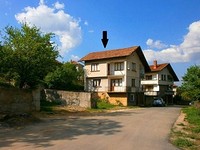 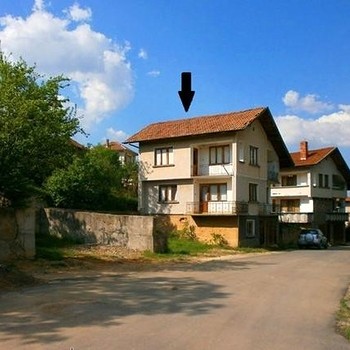 Apartment for sale in Teteven

This is a nice apartment located in the center of the beautiful resort and town of Teteven. The apartment is 60 sq m in size, made of brick. It is situated on the 7th floor of an 8 storey building with elevator. The building is only 100 meters from the center of the city and 10 meters away from a supermarket. The apartment consists of a living room with balcony, specious kitchen with dining area and a balcony, bedroom, bathroom with WC, a corridor and a basement. The flooring is parquet; the bathroom and the balcony are with tiles. The walls are latex painted. Electricity, telephone, hot and cold water are provided. The apartment is fully furnished. There is one big double bed in the bedroom, wardrobe, mirror and night stands. There is one small bed in the dining room, table with chairs, cupboards. The kitchen is fully equipped with a cooking range, fridge, sink, cup boards. The living room is spacious. There are sofas, a wooden table big cabinet with books. The town of Teteven s picturesquely nestled along the two banks of the Beli Vit River between Teteven Balkan Mountain and Vassiliov's Mountain. It is 116 km to the north east from Sofia, 74 km to the south-west from Lovech, 60 km to the west of Troyan, 23km to the south-east from Yablanitsa and 54 km to the east of Botevgrad.The climate is temperate-continental - the winter is comparatively mild, the summer - cool, and the beautiful peaks surrounding the town keep it out from fogs and winds. An important factor for the development of the municipality is the tourism. There are some big hotels and many private lodgings and country houses. The natural riches of the region offer perfect conditions for hunting and fishing, skiing, alpine marches and mountaineering. Interesting sights of Teteven are: the historical museum, the church "Vsiah Svetii" and the chapel next to it, the "St. Ilia" monastery built in XIV century. The Teteven region's nature is truly unique, fascinating, picturesque, exceptionally various, with a beautiful flora and fauna. Century-old woods, steep, in some places even vertical rocks, meadows, waterfalls, caves. There is a great variety of over 600 species of flowers in the biospheric reserve "Tsarichina". Some of them are included in the Bulgarian Red Book. Pleasant touristic paths lead to both neighbouring reserves - "Boatin" and "Kozia Stena". Closely situated are also the lodges "Georgi Benkovski", "Echo" and "Vejen". 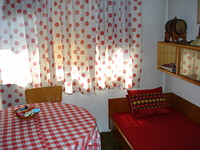 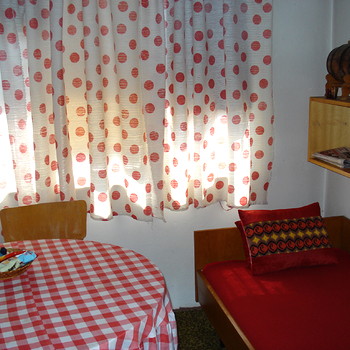 Sozopolis Real Estate Ranges From 800 000 To 1.4m Euro 30/09/2009
Property in the elite Sozopolis complex, comprising about 20 single family homes and 166 other units, sells for about 3000 euro a sq m, Dnevnik daily reported on September 28 2009, citing several brokers' reports.Depending on the house size, the price of family homes varies from 800 000 euro to...
Bulgaria is the most hospitable in the world according to Russians 02/02/2011
Bulgaria is the most hospitable country in the world for the Russians, shows a study of international real estate agency. The purchase of property in this country really does not give Bulgarian citizenship, but also provides three-year multi-visas and right of residence of 180 days per year....
Bulgarian property ::  Недвижимость в Болгарии ::  Proprieta in Bulgaria ::   :: Towns in Bulgaria :: Property renovations :: Services and Fees :: Bulgaria Property FAQ :: Map Search :: About Bulgaria :: Mortgages :: Property insurance :: Testimonials :: Contacts :: Disclaimer :: Mountain properties :: Golf properties :: Lake properties :: Rural properties :: Properties in Beach Resort :: Properties in Ski Resort :: Properties spa Resort :: Apartments in Bulgaria :: Land in Bulgaria :: Houses in Bulgaria :: Bulgaria property investment ::
© Best Bulgarian Properties Ltd. - All rights reserved
House for sale near Lovech