We offer you this stunning house in the old revival style. According to the Bulgarian Academy of Sciences, this is the oldest preserved house in the area, with a 260-year history.

It is located in a wonderful place next to a church, in a very quiet and peaceful part of the village. In 1977, it had a new roof. The last renovation was held in 2005. Added was an internal staircase, new electrical and water supply, completely new internal electrical wiring and piping. It was also carefully restored outside, inside, on the fence, completely in accordance with the norms and style of the village.

There are two floors with the following distribution:

Downstairs there is a large room with kitchen, separate bathroom and toilet. The walls are made of stone - 65 cm thick. On the upper floor there are three separate rooms and a large veranda. The house also has a 30 sq m summer kitchen, which is used as a garden warehouse. It can also be used as a garage as well.

The area has had the status of a reserve since 1964. The houses are fully preserved in the Revival style from the 18th-19th century. There are no accidental new buildings. Among the 100 national tourist sites of the Bulgarian Tourist Union.

The village is 15 km east of Gabrovo.

For sale is a newly built two-storey house located in a picturesque village just 12 km away from Gabrovo, with quick and easy access any time of the year. The house has two floors and a total living area of 215 sq m. The size of the garden is 750 sq m. In the yard there is a spacious parking space of 32 sq m. The property offers beautiful views of the mountain. The house is built to meet all modern standards. Used were only high-quality materials from reputable manufacturers. It is ready to move in, all it needs is furnishing. The building benefits with perfect FTP cabling, professional electrical wiring, active lightning protection 22 ms, built heating installation and solar panels. The house consists of two bathrooms with toilets, three bedrooms, two wardrobe rooms, a living room and kitchen, utility room, spacious porch with a shed. The year of construction is 2020. 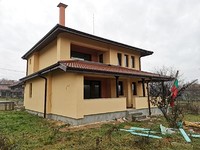 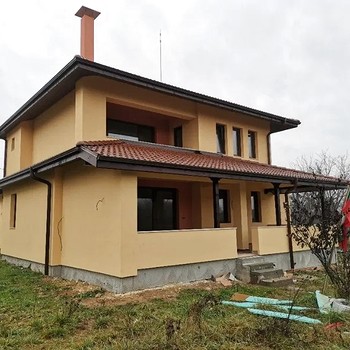 House for sale near Gabrovo

This is a luxury house for sale, located in the Gabrovo region. It is set amongst beautiful sights, amazing mountain nature and clean fresh air, in proximity to the town of Gabrovo. With a population of over 67,000 residents, Gabrovo sits in the Northern foot of the Balkan Mountain along the banks of the Yantra River. Gabrovo is a pleasing mix of cobblestone streets, outdoor cafes, and bakeries. All this with the combination of the beautiful nature in the area makes this property the perfect investment opportunity. The house is extremely suitable for a guest house. It is luxury finished comprising two residential floors. The first floor consists of one bedroom, living room, kitchen, bathroom and WC. The second floor has the same distribution as the first one. The house is built on a well-sized plot of land with area of 500 sq m. It includes a beautiful garden, open air swimming pool and a garage. The house is for sale fully furnished with central heating and air conditioners. It is right next to a river and is surrounded by beautiful green hills and forests from all sides. 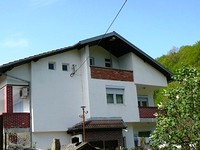 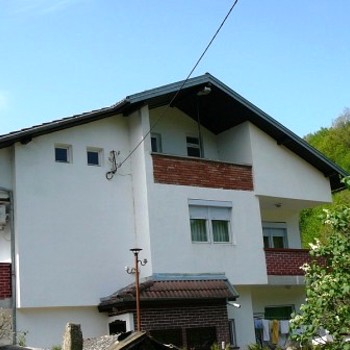