Information about Tutrakan, towns in Bulgaria on Danube river

The town of Tutrakan has a population of 11 977 inhabitants and is situated 100 m above the sea-level. The town is situated on the high Bulgarian bank of the Danube River, 433 km away from the river mouth. It is 380 km north-east of Sofia, 60 km north-east of Rousse, 62 km west of Silistra and 70 km north of Razgrad. 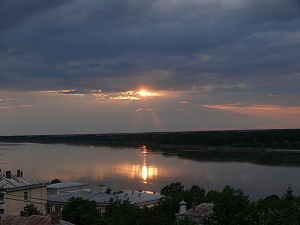 It was built in Roman times as a fortress under the name of Transmariska by emperor Diocletian after a victory over the enemy’s tribes. There was housed part of the 11th Legion of Claudius’. This information was drawn from a stone inscription dating back to 18 October 294. The name means “a settlement beyond the moors” signifying the opposite flat plane around todays Romanian town of Oltenitsa. During the reign of emperor Valent a raft-bridge was installed over the Danube River at the time of the war with the Goths (366). At the end of 10th century south Russian colonists settled here and called the town Tutarakan. Medieval Arabic geographers registered the town by the following names Rekran, Zakatra, Trakan, Taraka. Other mentioned it as Tukvant, Torkan, Dourakam, and Tatkrakam. In 15th-16th centuries the town had a lot of water-mills (at the Danube Rriver) and wind-mills (on the hills of the bank), which existed till late and the last water-mill lasted till 1942.

The history of Tutrakan registers the names of two renowned Russian army leaders. On 10th May 1773 General Souvorov conquered the town. After the Russian armies retracted the Turks extended and fortified the fortress but this was no obstacle for General Koutouzov to conquer it on 11th October 1810.

In 19th century Tutrakan was a poor fishermen’s, craftsmen’s and vine-growing town; yet in its dockyards a lot of boats, small sailing vessels and water-mills were built. In 1862 there were built a big church and a secular school, and in 1873 the communal cultural centre called Vuzrazhdane was founded. In 1867 near Tutrakan Panayot Hitov’s detachment with Vassil Levski as a colour-bearer crossed the Danube from Romania into enslaved Bulgaria; in 1876 Tanyo Voivoda’s detachment did the same.

At the beginning of 20th century Tutrakan’s population was about 10 000 inhabitants and the town rivaled other towns like Vidin, Lom, Tarnovo, Svish-tov, Lovech and as far as trade was concerned it excelled them. At that time and in later days Tutrakan was the biggest fishing centre in the country on the Danube River. In 1913 the town was included in the territories of Romania under the name of Tourtoukai. However, the town fell into decay and its population reduced. In 1940 according the Krayo-va Agreement South Dobroudzha (including Tutrakan) was given back to Bulgaria. Because of its picturesque location on the hills by the Danube River, Tutrakan is known as the Danubian Tarnovo.

Much of the construction of the old buildings in the town were influenced by the Romanian architecture (one can at once notice the corrugated iron roofs). On top of the town hills Sheremetitsa and Teketo one can have a panoramic view of the Danube River and the plain around the Romanian town of Oltenitsa on the opposite side.

The Danubian Fishing and Boat Construction Museum, one in the county, is situated in 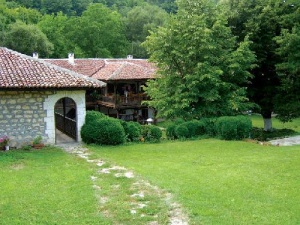 Tutrakan. It is housed in the solid building of the old town bath. Among the 500 exhibits depicting the history of fishing from ancient times till present day one can see nets, harpoons, anchors difans (fishing nets 150 m long), fishing boats typical of Tutrakan and the like. The town’s Museum of History is housed in an old house. Remains of an ancient fortress and a medieval settlement.

Predominantly buses. There are regular bus lines to Rouse, Silistra, Razgrad, Koubrat and other towns and villages in the district. Tutrakan has a river station as well, but since 1992 there have not been any passengers’ trips along the Danube on behalf of Bulgaria.

Kandidiana-Negrianis - remains of a Roman castle near the village of Malak Preslavets, some 30 km east of the town. It is supposed that this was the location of the Danubian palace of Khan Omourtag.

There are regular bus lines to Tutrakan.