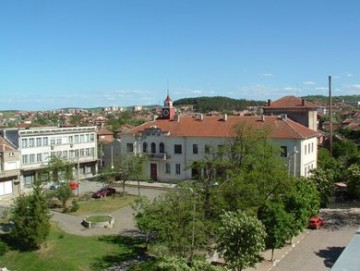 Straldzha municipality is relatively small municipality, located 20 km northeast from the town of Yambol and 80 km west from the center of South-Eastern Burgas, in the eastern part of the Upper Thracian Plain in Tundzha hilly sub-region.
It borders the municipalities Kotel Sungurlare, Karnobat, Sredets, Boliarovo, Tunja and Sliven.V
The municipality covers an area of 676.3 square kilometers and accounts for 20.2% of the territory of Yambol District. It includes 22 cities and 16 municipalities. The municipality has 14 184 inhabitants. It is the third largest in the Yambol region.
Straldzha municipality is located relatively away from large industrial agglomerations. This granted, and many other factors determine the priority development of agriculture.
By its geographical location Straldzha Municipality and its center are part of the transport and communication system. This allows it (to many municipalities in Bulgaria) to liaise with the rest of the country. Here are crossed on "Petolachkata" roads of South and North Bulgaria and railway Zimnitza and railway junction Plovdiv - Burgas with the sub-Balkan line.
The area has a varied topography, from flat to hilly and partly hilly terrain. The average altitude is 205.3 meters.
Favorable conditions offered relief differentiate various economic activities - road infrastructure, mechanized processing of agricultural areas and to ensure good irrigation facilities.
Northern and southern parts of the municipality, characterized by hilly morphological structures in combination with other natural geographic features are suitable for the development of short holidays.
The earliest evidence of Straldzha meet in the Ottoman-Turkish documents. The presence of the remains of an ancient Thracian and medieval settlement talks about the long history of the Municipality. For general data are from the second half of the last century, when it referred to the activity of the citizens to build a new church on the site of the ruined chapel by the Turks. According to a preserved in Sliven diocese documents on auctions between Bulgarian and Greek communities the Bulgarians won and the church was named "St. Archangel Michael". Then began the building of a village road and the village became economic and administrative center. A prerequisite for this is geography - Straldzha has important roads connecting the Black Sea with the inland and north and south Bulgaria. 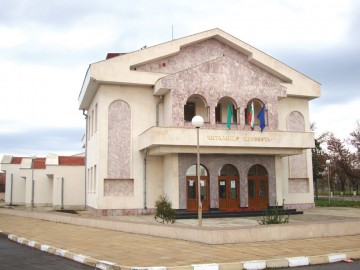 Straldzha and the settlements in the municipality have a rich history associated with the liberation struggle against Turkish rule. Indzhe Voivoda, Kara Kolyo move from Voinishki Bakadjik to Stara Planina Mountains, but the army of Trifon and Dobri is broken up in the mountains and Hadzhi Dani was hung by the turks in the village of Zimnica, Sliven. There are remains of about 70 destroyed villages visible everywhere in the municipality.
The first document from which to judge about the existence of Straldzha is from1610, which noted: Straldzha, Yambol County, Israildzha, Asraylih. Another document, which dates from 1834 is a Russian card issued in St. Petersburg, relating to 1829, which says: Straldzha - 75 houses. For the name of Straldzha there are three legends - Byzantine, Greek and Latian. Two more legends are associated with the Christian name of the ancient settlement.
Straldzha municipality is located within the north of Tundzha climatic sub-region, which has a continental climate and is defined as one of the hottest in the country. The average annual temperature is 12 º C, average January are 0,6-1,2 º C and the mean July 22,5-23 º C. The average annual rainfall is about 530-540 mm/m2. Snow is unstable. Prevailing winds are from the east-northeast and south-southeast.
Straldzha Municipality does not fall in a seismically active area. The territory of the municipality is rich in water resources. 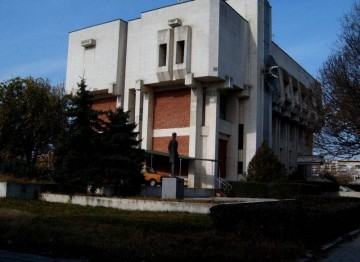 The municipality is crossed by the rivers Marash, Mochuritsa, Pravdinska and other smaller rivers and streams. These rivers are characterized by snow-rain regime, autumn and winter high water and sharply expressed the February peak. The total area of watercourses and ponds is 7606 acres.
The municipality Straldzha is rich in mineral waters. There are mineral springs in the village Pravdino and the town of Straldzha- 6 wells with a water temperature of 180C to 780C. The presence of mineral water is a prerequisite for the development of balneotourism. In the region dominate groundwater.
Soil variability in Straldzha municipality is very large and covers almost all genetic types and subtypes. Municipality is in Middle Bulgarian sub with cinnamon forest soils and black earth in the Southern Bulgarian sub with cinnamon forest soils. This favors the cultivation of various crops - vineyards, wheat, corn, tomatoes, peppers, apples, pears, peaches, cherries, oriental and large-leaf tobacco, sunflower, beets, soybeans, plums, alfalfa pastures.
Local economy is characterized by a predominant share of agriculture against industrial production. Their ratio at the end of 2009 was 8:2, the share of agriculture continues to increase. Straldzha municipality is classified as an area of industrial decline;
Industries in the local economy are agriculture, food industry, ceramic industry, building materials, machinery, furniture industry; 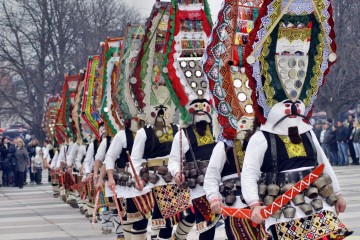 Local resources are underutilized and are not sufficiently applied. There is a good provision of local raw materials in the field of ceramics, building materials / lime lined stone / and food processing of cereals, vegetables and fruits. Large reserves are in greenhouse production based on thermal waters;
Agriculture is practiced in all settlements of the municipality and has an important function in terms of overall and development. The municipality in 2009 coextensive three large agricultural structures: tenants - 39 and tenants - 74 and agricultural cooperatives- 5. Growth was reported registered farmers that for 2003 were 145 and in 2004- 297; 2009-750.
Crop production is the main agricultural sub-sector of the municipality. Natural and climatic conditions in the region favor the production of cereals, and other crops. Top of the plant take wheat, barley and sunflowers. Relatively small share of vegetables;
Proven potential and manifested market initiatives approved by the following main sub area for new investment and accelerated growth: perennials and especially vineyards and orchards; vegetable and industrial development of herbs production; Extremely small proportion of irrigated land is used (only 5.8% of available); Manufacturers and companies in the municipality showed good activity and enterprise regarding the utilization of funds under the Program for Rural Development and other European programs.
Livestock in the municipality develops mainly in the private sector, which is the reason for high unemployment in the region and established traditions. In an area with a strong sheep in recent years have seen a shift to poultry farming, pig farming and beekeeping; 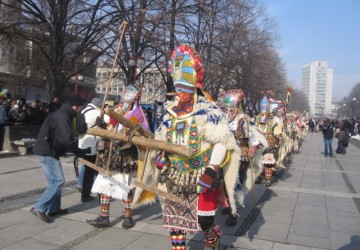 The municipality as an agricultural area developed mainly food industry - milling, bread, soft drinks;
Railway in public are well secured. Straldzha station is one of the oldest stations in Bulgaria and station Zimnitza intersect two major railway lines - the south and the sub-Balkan. From here provide connections to Sofia, Plovdiv, Bourgas, Sliven, Varna and other major cities. Straldzha station is used by residents of Kotel Municipality. Reforms in Railways became Straldzha station in stop and depriving inhabitants of using part of the transport services.
Municipality Straldzha - economically competitive municipality based on local initiative, resources, traditions, increased intellectual and professional potential optimally developed technical and social infrastructure. Highly developed agricultural area, an integral part of the tourism industry on the southern coast, where prosperity and human security and well-being of the environment a reality.