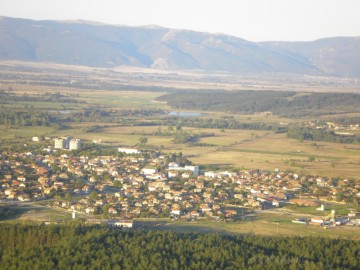 Pavel Banya municipality is located in central Bulgaria, in the Rose valley between the Stara Planina mountain and Sredna Gora mountain. It occupies an area of 518.78 square kilometers and includes 13 settlements with administrative center Pavel Banya.The municipality borders the municipalities of Kazanlak, Karlovo, Bratya Daskalovi and Kalofer. It is crossed by two major axes of communication of the national transport infrastructure. In west -east direction road I -6 /Sofia-Bourgas/ and north- south secondary road II -56 /Ruse, Plovdiv/, providing one of the shortest routes between northern borders with Bulgaria and Greece and Turkey. The municipality is crossed with the main railway line № 3 /Sofia - Kazanlak - Bourgas - Varna/.
Pavel Banya town is located 192 km from Sofia, 80 km from Plovdiv, 60 km from Stara Zagora and 25 km from Kazanlak.
The average altitude of the town of Pavel Banya is 828 m. Pavel banya Municipality falls within climatic region of the Eastern Balkan fields at European continental climatic zone. Here dominates the north wind, which people call "Shipka wind". There south winds that blow in the invasion of subtropical air mass in early spring and cause melting of the snow, and in summer drought. 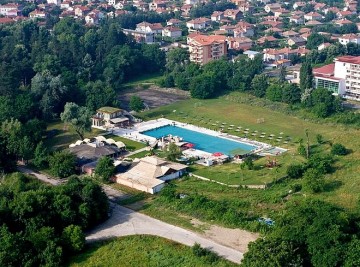 The average annual temperature is about 10.8 degrees with an average January temperature around minus 1 degree, and in July around 22 degrees. Summer is quite warm, refreshed by a mountain valley wind, the nearby lake "Koprinka" and the wooded slopes of Sredna Gora Mountain. Winters are moderately cold but strongly felt due to poor windiness. Spring comes to mid-March, and the warm and sunny autumn continues until around mid-November. Rainfall is moderate; about 630 mm average and the snow cover is discontinuous, about 25 days per year. Cloudiness and relative humidity are moderate, weak, and hazy about 22 days per year on average, and the duration of sunshine is too much - more than 2200 hours average.
Substantial wealth in the municipality of strategic importance are the available surface water presented by Tundzha and its tributaries of rivers Tazha , Gabrovnitsa and Turiyska , together with groundwater river terraces have good potable quality. 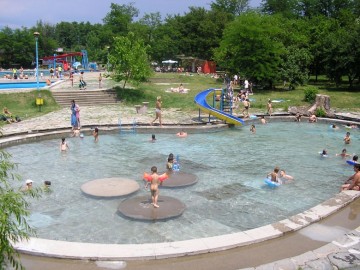 Pavel Banya municipality has thermal waters of national importance that are in the town of Pavel Banya. On this basis, it is classified as a spa resort of national importance.
Of the seven natural drilling hydrothermal sources of mineral waters with similar physical and chemical characteristics are at 50 to 61 degrees and a total flow is 950l/per minute. Waters are characterized as slightly mineralized, hypothermal, radon, silicon and fluorine. The resort is specialized in the treatment of degenerative and inflammatory orthopedic diseases of the musculoskeletal system, peripheral nervous system, spinal cord and others.
*Brief details of the sources of mineral waters in Pavel banya:
Flow: 16 l/sec
Temperature - 610 C
Mineralization - 0,62 G/L
Radon - 22,8 NC/L
Hydrogen sulphate - 0,7 MG/L
In the administrative-territorial structure of the municipality consists of 13 settlements, 12 villages and one town. West of the municipal center of Pavel Banya, are the villages Osetenovo, Alexandrovo, Tuzha, Tarnicheni, Manolovo and Gabarevo. 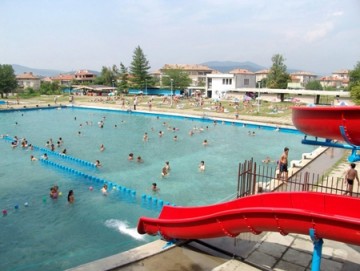 East of the municipal center on the road I -6 are are villages of Gorno Sahrane, Dolno Sahrane, Asen and Skobelevo.
South of Pavel Banya on road II -56 is the village of Turia. Village of Viden is located 2 km from the city, towards Koprinka lake.
To the liberation of Bulgaria from Ottoman rule Pavel Banya did not exist, but the land around the village was used for treatments since ancient times.
Around the hot springs in the city during archaeological excavations have been found remains of an ancient city, Roman baths and spa facilities, a large Christian church and other buildings, which indicates that the resort has been known since ancient times. And today there are many historical and archaeological sites such as Thracian temples and tombs, remains of Roman and Byzantine roads. 10 km east of Pavel Banya, on the left bank of the river Tonzos (Tunja), the great Thracian king Sevt III built the capital Seuthopolis - center of the Odrins` kingdom, located below the todays` dam lake "Koprinka". 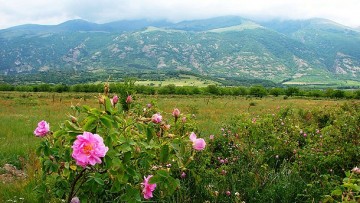 In the four directions around the mineral springs were built ten mounds. Many of them come within the bounds of the city (one of which is in the "Gerena" district where there is a spa complex now). Others are scattered in the area - in Shipka town (tomb Sevt III - "Golyamata Kosmatka", "Ostrusha" and others). In Gabarevo - "Popov mound" and "Gabarevo hill". In village of Tazha there are many remains of settlements and necropolis tombs; one of them is "Choevata mound" near the hydropower plant. In village of Viden are traces of an ancient Thracian settlement and many other places too. This is proof that thousands of years ago the area was an important center for Thracian material and spiritual culture.
Pavel Banya became a settlement immediately after the liberation.
In 1877 was declared the War of Liberation. A few days before the withdrawal of Russian troops, in the village of Turia people heard that Kalofer is burnined by the Turks and they ran away to the village of Shipka.
In the spring on March 3rd, 1878 they returned to Turia, but found only ashes. They settled in the empty Turkish village of Ladzhakyoy which is located in close proximity to the hot springs.
Village Skobelovo
Into a working distillery "Damascena", visitors can observe the production of essential oils, as modern technology and the way of production since 300 years ago. Together with this can  be tested different types of essential oils, to get acquainted with the oils to examine the museum's exhibition of production and storage of rose oil and ethnographic traditional antique handicrafts, typical for this region. People can walk and relax amidst the beautiful plantations of decorative roses, located in the courtyard of the farmhouse. 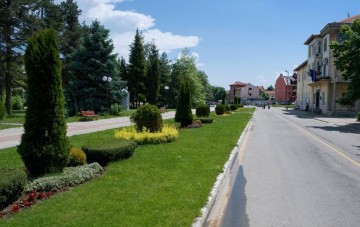 Ostrich ranch "Four Seasons" is located in the village of Skobelevo, Pavel Banya Municipality. The idea of the owners occurred owners 2 ½ years ago.
They are now raising eight ostrich families according to European standards. According to the statistics these exotic birds reach 150 kg live weight, which can earn 60 kg of meat - fillet. Females lay 40 to 100 eggs per season by weight of 1650 to 1800 grams each. And since it is the only ostrich farm in the area, the only ostrich specialties can be tasted in ostrich ranch "Four Seasons".
*National Park "Central Balkan"
It covers an area of 716 sq km in the heart of Bulgaria in the central Stara Planina Mountain and covers ancient forests, cut of dizzying waterfalls and deep canyons, vast summit pastures and a string of harsh peaks, among which the highest in the mountain is - Botev Peak. It is one of three national parks (the second largest).
Among magnificent landscapes National Park protects primary habitats of rare and endangered species and communities, self-regulating ecosystems of biodiversity of global significance for science and culture. Nine strict reserves: Preserve Boatin, Tsarichina, Kozya stena, Staneto, Severen Djendem, Peeshti skali, Sokolna, Djendema and Stara reka occupy one-third of its area.
National Park "Central Balkan" is one of the most valuable and largest European protected areas.
Village of Tazha – Hut Rusalka is also very famous.
It is located in the ountain in the picturesque Tazha gorge at an altitude of 1100 meters. It offers 40 single beds in double and triple rooms. Next to the National Park "Central Balkan", there are many hiking trails, revealing natural phenomena and landmarks such as Kademliisko waterfall, waterfall Babskoto, Trinogata and others.
An investment in Pavel Banya region will be a winning one for sure so don`t hesitate to check our offers in the area.