Information about the town of Kostenets

The municipality of Kostenets is located in South-West Bulgaria and is part of the Sofia district.. The municipality is 74 km to the south-east from the Bulgaria's capital - Sofia and is about 80 km away from the second biggest city in Bulgaria - Plovdiv. The adjacent municipalities are Dolna Banya, Belovo, Yakoruda, Ihtiman, Lesichovo and Septemvri municipalities.

Trough the territory of the municipality is passing a section of the Trakya highway connecting Sofia and Bourgas. The municipality of Kostenets is situated in a place where two mountain ranges are joining - the Rila-Rhodope Massif from the eastern Rhodope and the north-eastern sopes of the Rila mountain (the foothills of mount Belmeken) and massif of the Ihtiman Sredna Gora (peak Eledzhik) and its foothills. 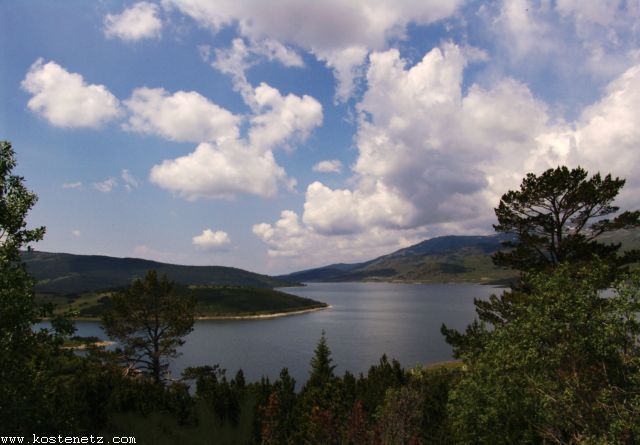 The relief is various and as a whole it could be characterized as a semi-mountain but on the territory of the municipality has areas with flat, mountain, high mountain ad alpine terrain. The relief is very rugged and uneven. The altitude of the settlements in the area varies from 550 to 700 meters, in the mountain areas it reaches 2638 meters (Ravni Chal peak), the second highest peak is Belmeken - 2626 meters. The area is crossed by the upper stream of the Maritsa river.

The climate in the area of the Municipality of Kostenets is temperate continental under the influence of of the west and north-western winds. It is characterized with warm to hot summer and not very cold winter. The snow cover stays on average for 60 days during the year.