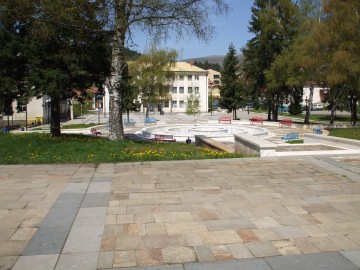 Godech is a small but picturesque town located in western Bulgaria. It is located in the Sofia region, near the town of Dragoman. It is the administrative center of the Municipality Godech.
It is located in a mountainous region. It is 47 km from Sofia. To the north rises Berkovska Stara Planina with peak Kom (2016 m); to the south lies Chepan Mountain with the highest peak Petrovski Cross (1206 m); to the east are the final shoots Mala Planina Mountain. The west border between Bulgaria and Serbia is very close.
The land of the settlement system is characterized by a wide variety of landforms. In the eastern part of the area Zabarge is well developed kettle bottom (Gladno Pole, 685 m above the sea level), which gradually becomes hilly nature. The landforms favor the development of agriculture in the southern parts of the housing system, which is located most of the arable land. Slopes of the mountain is occupied by pastures - important for the development of sheep and cattle.
There are remains of a small Roman temple of II - IV century AD (probably belonged to the goddess of the hunt Diana), which was declared a national monument.
In 1905 the village Godech, which is the center of the municipality of 3 villages, numbered 488 people, divided into nine neighborhoods: Glotnitsa, Elechanova, Yovkina, Molak, Negulova, Ravna, Staro Selo, Stoikina and Trap. 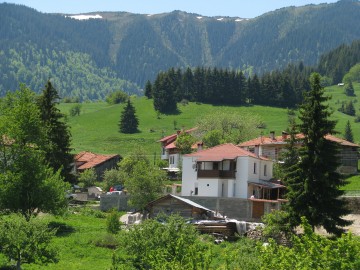 Godech has another neighborhood - Skrivena. Located northeast of the town of about 4-5 km. It is now almost depopulated. Most residents moved to the town in 1960. Main occupation was animal husbandry.
The population recognizes the need to attract foreign investment to improve infrastructure: roads, electricity, and communications, creating suitable employment for the population, improving the material and technical provision and staff of the local school in order to ensure the training of local children. From personal conversations it seems that many of the elderly and of young look with nostalgia for the communist era, when there was no unemployment and people they did not had to travel to Sofia every day to make a living.
The town and its surroundings are characterized by picturesque scenery, fresh air and natural freshness. Nearby there are several small monasteries and chapels, preserved their Orthodox authenticity.
Municipality Godech has resorts of national importance, but the mountainous character of the area and natural resources are favorable for holiday areas around the town and the surrounding villages Gintsi, Vrabnitsa, Tuden and others. 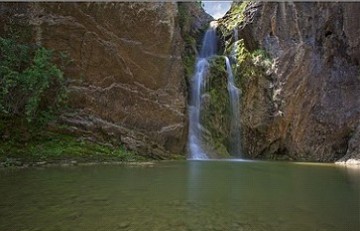 On its territory are huts Petrohan and Malina – near the village Gintsi which- mountain pass is visited annually by hundreds of tourists.
Forests near Chepan and foothills of Peak Kom – villages of Gintsi, Komshtitsa, Smolcha, Gubesh and others are suitable for hiking and hunting.
River Nishava, mountain streams and ponds near the village of Vrabnitsa are suitable sites for fishing. Their regular annual restocking is a care of the Hunting and Fishing Association in Municipality Godech.
On January 1, 1899 the theatre "Napredak” was built. In it began working a library, whose fund was raised mostly by donations. A theater group is then made and in 1900 exports the play "Long-suffering Genoveva" which was met with great interest from the audience.
At that time, the library was renamed "Nikola Vaptsarov”. Since then it never stops working, performing educational and cultural activities among the population. Their teams have won gold medals at the festival of folklore in Koprivshtitsa involved in international cultural events.
Currently, the library has a rich equipment, which includes a library of 30,000 volumes, three rehearsal halls, and a cinema, a lounge with 300 seats, two dressing rooms, wardrobe and storage rooms, equipped stage, spacious lobby, convenient for organizing exhibitions. In the library involved nearly 70 amateur artists. There is a Music School in the theater that has vocal-instrumental group and folklore ensemble "Ludo Mlado”. 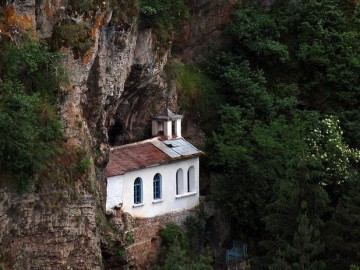 In the center is a monument to all its citizens involved in wars for Bulgaria.
At the time of the socialism in the 1960s, the city of Godech built factory "Magnet" producing transformers, chokes, power supplies, fuses and other electrical components, some of which are exported to other countries. Since the early 90s, under the pressure of competition, the unstable situation in the country and incompetent management, the plant fell into disfavor. Today "AK Magnet" stock company with 100% private capital and is part of the Swedish group companies AQ Group. Primary production on again transformers and other inductive components. However, it can not reach its former glory of the state factory "Magnet", whose production has been wide spread in Bulgaria and neighboring countries.
The other plant "Kom", dealing with the production of television and radio aerials, aerial amplifiers and collective antenna systems, and according to some rumors and a secret electronic devices for Bulgarian People's Army. Production was again widely distributed in all parts of Bulgaria, the plant acquires fame and growing. Opened branch in the village Komshtitsa, where villagers (mostly women) have dealt with the production of antennas according to given drawings and technical documentation. In the 90s its fate is the same as its sibling - the factory "Magnet". Production is halted, workers laid off, and now bankrupt. 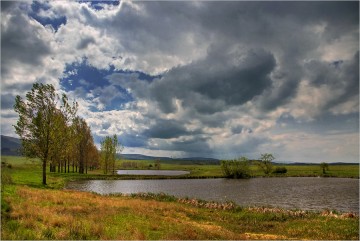 Every Wednesday in the town hosts a market day. On this day, almost all of Godech people and from the surrounding areas gather and make a walk through the flea market, if only to see and talk. On Vidovden, which takes place in the last two weekends in June, is organized a gathering. It falls on the feast Lise, also called Elisey. Then Godech meet people from all over Bulgaria, relatives and acquaintances.
The authors of the Strategic Plan for the development of unique cultural
Tourism in Bulgaria displayed the following main factors that attract tourists:
Cultural and historical sites: monasteries, churches, ethnographic complexes, museums, cultural heritage sites etc. - available as resources in the Municipality.
Presentation of handicrafts and other local activities of local folklore events meaning, wine tasting,savory cuisine and more available as resources on the territory of Godech.
Untouched nature, natural parks and reserves with high biological diversity, natural beauty and characteristic rural landscapes. 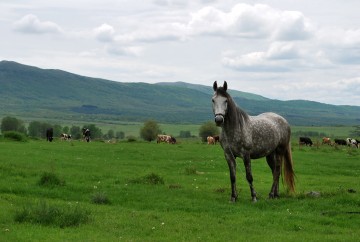 New and well-organized facilities for congresses, conferences, events. Spas with mineral water of different temperature and content salts and minerals. Water parks, opportunities to practice extreme sports like rafting, climbing, etc..
Entertainment offered by discos, bars, etc. Ability to hunt (big and small game hunting in reserves).
These are just some of the actions that will work in favor to provide more tourists and investors in the Municipality of Godech!