The municipality includes 6 settlements: the town of Byala, the villages Goritsa, Gospodinovo, Diulino, Popovich and Samotino. The population of the municipality by the end of 31st of December 2004 is 3356 people. 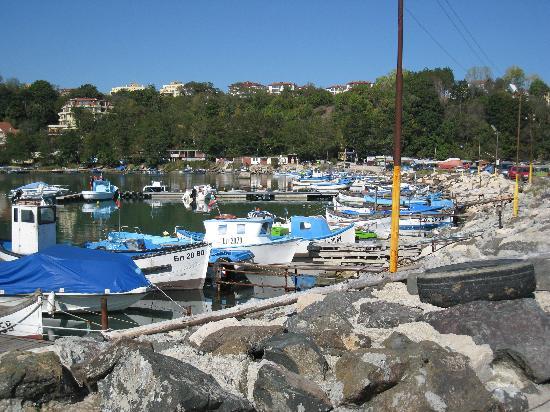 The town of Byala is the administrative center of the municipality. The town is located almost at the same distance from Bourgas 70 km and from Varna 50 km. The nearest town is only 5 km away - Obzor, Nesebar municipality. The contemporary geographical lay out of the region could be characterized as hilly. In the western part of the municipality are located the eastern slopes of the Kamchiiska mountain. These slopes are descending slightly to the sea with inclination of 2 to 5%. The altitude of the town of Byala is 42 meters above sea level.

The sea shore of the municipality is characterized with combination of rocky shore, small bays, beaches with sand dunes. The shore is steep and different which leads to high limitation of the beach shores, but on the other hand this makes it attractive, which is a valuable resort resource. The total length of the beach shore is 14 300 meters or 3% of the Bulgarian Black sea coast. A bigger part of the beaches have the east, north-east and south-east black sea coast, which offers optimal conditions for developing the tourism in these areas. The total length of the beaches in the Byala municipality is 6244 meters or about 16% of the total beaches length in the Varna district area.

The first settlement in the region of Byala was probably established during the VI century b.c. around the bay of the cape Saint Atanas. Clear signs for this are the results from the underwater archeological surveys at this spot during 1979 with the group Kosmos and in 1988 and 1989 with the diver group of Nek-Unesco.

The earliest prove for ships being lied alongside in the bay for now are two stone stocks - remains from the stone - wooden anchors. They are dating from the VI century before Christ. The artifacts are disposed in the Demonstration center "Belite Skali" in Byala.

The village was located in a close proximity to a Roman road station Templum Yovis, around it there is a roman fortress. The name of the station was given by the temple of Zeus.

At the border between Varna and Bourgas districts, between Byala and Obzor is located the most southernmost coastal shaft on the Bulgarian Black sea coast. It closes the low sandy terrace at the outfall of the river Dvoinitsa. It starts at its left shore and reaches Panair Dere, it passes on its north side and ends in the foot of the highly elevated shore. Here at the top of the shaft you can see remains of roman tiles and bricks, most likely taken from the remains of the huge roman fortress near Obzor.