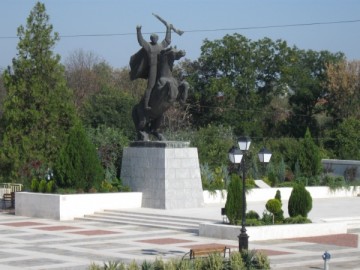 Borovan municipality is located in the northwestern part of Bulgaria, in the Danube valley at an altitude of 250-350 meters and covers an area of ​​212 square kilometers and borders the municipalities of Vratsa, Byala Slatina, Hayredin and is one of the municipalities of the Vratsa region.
Borovan area was inhabited by humans as early as the Copper Age /V BC/. There are two settlements of this period - in the areas "Lapchovets" and "Ezeroto" where were found flint and stone tools of various shapes and ornaments. Traces of the Bronze Age were found in "Vaskov chukar”. It was found that during the I century BC near Borovan there were two Thracian settlements and two Thracian burial necropolis, respectively in the areas of "Ezeroto" and " Tiev Lag”. Found were also Thracian weapons and iron reins, dating from the second century BC.
Today Borovan village lies on the ruins of a large Thracian - Roman settlement, as evidenced by the open graves /I- IV BC/ pottery and Roman coins. At the height of the mound Borovan were reserved parts of the foundations of the walls and towers of the late Roman fortress. There were also found remains of a medieval Bulgarian settlement. 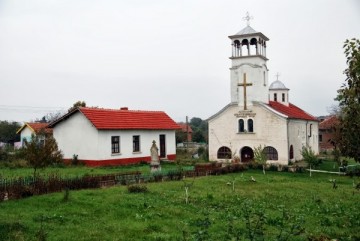 The name Borovan dates from Bulgarian Middle Ages. In a document from 1614 /Timarski Register/ is found a list of the 325 inhabitants of village Borovan, including five priests, probably at this time there is a church and a school for the training of priests and teachers. In 1820 in Borovanwas found one of the first in the Vratsa region secular schools. In 1834 Borovan people built a wooden church called "St. Paraskeva" and in 1843, a stone church "St. Nicholas" was built in 1872 and a century later was declared a cultural monument.
On May 18 /old style/ 1876 through the village passed Hristo Botev with his army on his way from Kozloduy to Vratsa Balkan. This route was later included as part of the memorial complex "Botev way".
Borovan village was liberated from Ottoman rule on 25 October 1877 by Leybguardian hussar regiment under the command of Colonel Baron Meyendorff. After the liberation Borovan became one of the largest villages in Vratsa region. Its population grew from 4295 people in 1910 to 5905 in 1946. Main occupation is agriculture- mainly cereals, maize and sunflower. 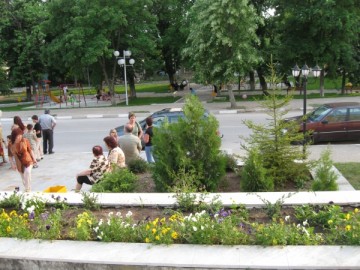 There is operating modern equipment mill, factory putty, and several mills. Famous for its taste becomes Borovan boza- a traditional drink.
In 1902 Borovan opened a post office, and five years later was based library "Budilnik", renamed in 1944 to "Cani Ivanov". On 1 June 1972 was build monument "Konnika" dedicated to those who died in the September uprising.
Sightseeing - Borovanska mound /423 m/- announced in 1961 for natural and historical sites.
Sporting traditions municipality Borovan have deep roots that are stored and continue to develop. Pride in the achievements of the municipality football team and basketball were reached by the children thanks to the municipal kids ceneter. Borovan municipality`s policy is not only storage created to date in the field of physical education and sport, but also development, inclusion of more young people in sports clubs and rationalization of their free time. The municipality Borovan has a tour company, called Borovanska mound. It`s founder has a particularly strong presence in the national march during Botev days.
In early 1978 Borovan became the administrative center in the region, which includes four villages, and by the Decree of August 28, 1987 Borovan was declared a municipality.
The total population is about 6000 inhabitants. 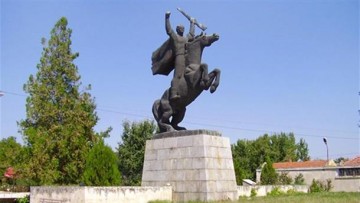 The municipality is located 150 km from Sofia and is a natural center between the Danube and the Balkan Mountains. Through it passes the main road that connects the east coast with the west of the country, the main road Sofia - Ferry Oriahovo currently plays an important role in our economy and our country's relationship with neighboring Romania and several roads of regional and national significance - Kozloduy, Montana, Pleven, Byala Slatina. The road network in the municipality is 176 km.
On the territory of the municipality there are villages Borovan, Malorad, Dobrolevo, Nivyanin and Sirakovo.
Malorad Village is one of the constituent villages of the Municipality of Borovan. Geographical Malorad village is situated in the northwestern part of the Danubian Plain. It is located 8 km northwest of Borovan and 45 km north from the town of Vratsa. Adjoins the lands of Borovan Dobrolevo Sirakovo, Rogozen, Monastirishte, Beli brod, Trikladentsi. The village covers an area of about 6000 acres, and the land is 45,000 acres of fertile farmland. 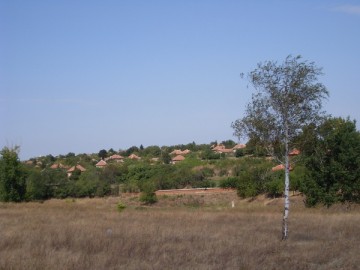 The history of the village Malorad stems from the Neolithic, which has undeniable archaeological evidence. In its surroundings there are artifacts from different historical periods. Recorded history of the village starts at 1620 Archive documents reveal that at this time it is 12 households. Liberation from Ottoman rule svarva village with 1500 inhabitants , and in 1946 – 1956 population increase of 4,500 people. To date, the village Malorad counts 2133 inhabitants of which nearly ¼ are children. For them, there is modern and comfortable nursery, and the school after the repairs this summer meets European requirements.
Care for the health of the population is entrusted to Dr. Penchev. Economic life of the locals is linked exclusively to the land. On the territory of Malorad operate five agricultural cooperatives.
In the village they have a mill and meat processing plant. Cultural events Malorad organizes and focuses entirely on the base and with the participation of the local community center, which was established in 1919, and is a beautiful building that now is located in the center of the village and was built in 1967.
As a historical and architectural landmark that affect educational and patriotic necessarily mention the town hall, the entrance of which there are two memorial marble plates with the names of victims of the Balkan and the clan warriors.
Another monument that reminds us of the lessons of history and obliges people to never forget the atrocities of the war monument to Soviet pilots who died in the flames of World War II.
The oldest building of great importance to the spiritual foundations of the locals in the past, and for part of the population today is the church "Uspenie Bogorodichno" it was built in 1825.
The infrastructure of the village Malorad is functional and well built. Wide streets laid already in the initial deployment plan of the village. Central streets are paved and the remaining streets are cobble stone pavement.
Complete water system the villagers had in 1965 , as a partial replacement of the old water pipes is carried out in 2006, and the greater part of the replacement is carried out in this 2009.