Is Belogradchik Fortress in Elden Ring? 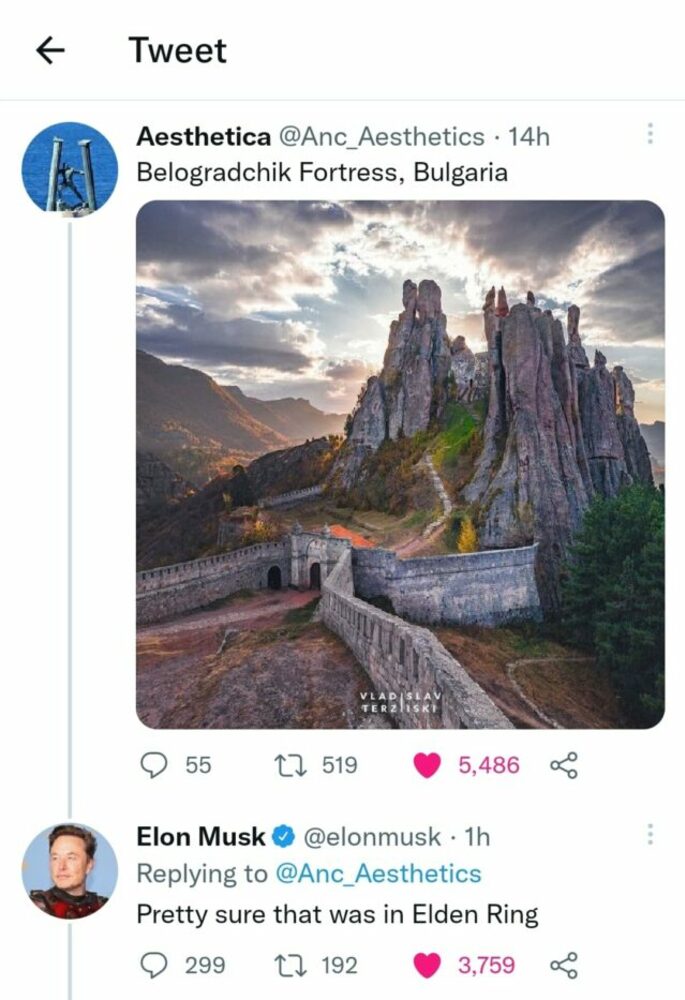 The Belogradchik Fortress is really one of the most popular historical and cultural sites in Bulgaria. It has been build by Romans and completed in Ottoman times. What makes the structure unique that most of the walls are natural rock formations. The beauty of the fortress attracts tourist from all over the world.

The computer game, Elon Musk tweeted about, is a very popular Japanese action game which is behind the famous Dark Souls trilogy. The game has an open world and impresses with its beautiful graphics and many impressive landscapes. There are many fortresses in Elden Ring and some of which can be based on real castles. It is a common practice in game development.

Bulgaria offers a lot of cultural and historical places like Belogradchik Fortress which come from its rich history to the visitors. There are many ancient sites from times of Bulgarian Empire, Roman Empire and Ottoman Empire. Besides the beauty of nature, Bulgaria is an interesting destination if you want to get lost in ancient time tales.