Looking for a big piece of land at a low price for development or business. We would like to offer you a property in a quiet area with good communication and transport systems. It is situated only 15 km away from Varna and few km from the main road Varna-Bourgas. The development in the same region is growing rapidly because of cheap labor and price of land. The village has a pastry factory and a small private residential complex is under construction. The plot we offer is 18 000 sq.m. in size and can be easily regulated.A road devides the plot in two.It is an excellent opportunity for investment having in mind the resources the region offers.

Regulated plot of land for sale near Varna

We are offering you a very large plot of land for sale located in the municipality of Suvorovo on the north-west from the city of Varna. The property is situated just 2 km away from the town of Suvorovo. The town lies in the southwestern part of the Dobruja plateau, 34 kilometres northwest of the provincial capital of Varna, 56 kilometers southwest of Dobrich and 59 kilometers east of Shumen. The parcel is very large. It comprises land area of around 5000 sq m. It is totally flat and fully regulated - ready for construction. It has all necessary documentation and permissions. The land was used mainly for breeding sheep. It even has a farm building around 400 sq m in size which kept the animals. The water supply is 10 meters away from the property - from a natural water source. Around 300 meters away there is a security guarded parcel built with wind electricity generators. The access to the property is easy during the whole year. 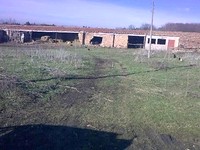 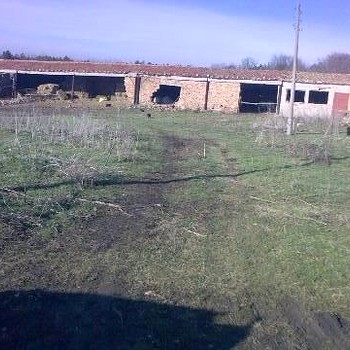 House for sale south from Varna

For sale is a house located in Avren municipality, Varna district. It is situated in a very peaceful and quiet place, only in a 20 minutes drive from the city of Varna, 15 minutes from Galata and Asparuhovo district, as well as 20 minutes from Kamchia beach. The house has two floors. On the first floor there is a dining room, a kitchen and an entrance hall. On the second floor there are two rooms, an entrance hall with table and sofa, as well as a terrace. The bathroom and toilet are in a separate structure next to the house. The total living area is 57 sq m. The house has been renovated, with new PVC windows and completely replaced roof. There is electricity and water. The garden is 600 sq m in size. In it, there is a garage. In front of the entrance of the house there is a shed where you can place a barbecue. Next to the house there is a brick building, which is used for tools and storage. The house used all the time. 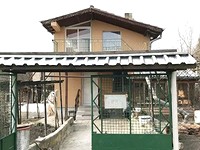 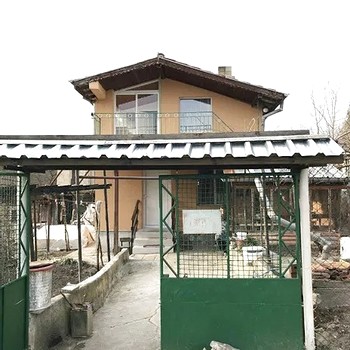 Small One Storey House Near The Sea

Here is a good chance for your summer vacations! This new offer gives you an opportunity to become an owner of a small one storey house and turn it into your lovely holiday cottage. The property is situated in a small pretty village close to the seaside. The location of the settlement is wonderful – only 2 km away from the high road connecting Sofia and Varna and less than 40 km from Varna and the International Airport. The area is nice, peaceful and charming. There is a small river passing by the village where you could go fishing. Hunting is also available. The house offers spending view toward the green woody hills! Two rooms, inner bathroom and toilet spread on one floor and 65 sq m living area. The building is massive made from stone and bricks. It has been recently repaired and plastered inside. The roof is new and there is a space for a fireplace. Running water and electricity are available and telephone line could be installed upon your request. The garden that goes with the house is 800 sq m . The property is approachable through an asphalt road so you could build a garage. Use your creativity to turn this estate into a lovely place for rest. make a good investment for your family. 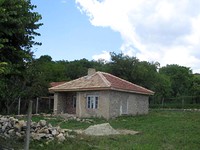 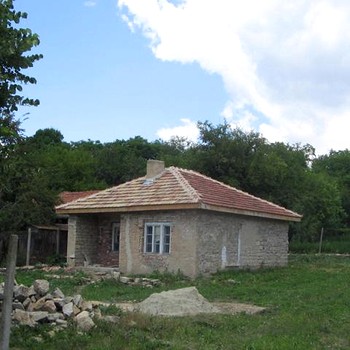 Construction Of Lyulin Highway To Be Fasttracked 21/03/2008
Construction works on Lyulin Highway could be fast-tracked, so that it is concluded by the end of next year, regional development minister Assen Gagaouzov was quoted as saying by Sega daily on March 21. The Government will do its best to speed up construction works and launch the infrastructural...
Developments Worth 2b Leva To Be Presented At Balpex 15/04/2008
Real estate developments worth a combined two billion leva will be presented at this year's spring edition of Balkan Property Exhibition (BalPEx), which will be held on April 18-20 at Inter Expo Centre in Sofia, event organisers said on April 14 2008. The projects on show include malls,...
Bulgarian property ::  Недвижимость в Болгарии ::  Proprieta in Bulgaria ::   :: Towns in Bulgaria :: Property renovations :: Services and Fees :: Bulgaria Property FAQ :: Map Search :: About Bulgaria :: Mortgages :: Property insurance :: Testimonials :: Contacts :: Disclaimer :: Mountain properties :: Golf properties :: Lake properties :: Rural properties :: Properties in Beach Resort :: Properties in Ski Resort :: Properties spa Resort :: Apartments in Bulgaria :: Land in Bulgaria :: Houses in Bulgaria :: Bulgaria property investment ::
© Best Bulgarian Properties Ltd. - All rights reserved
Land For Commercial Development