This building plot is located in a village some 4 km away from Sunny Beach Sea resort. The village is situated in a forest area, not far from natural reserve „Kalina". The land is 1247 sq m large and there already is visa permission for building on the plot. Water and electricity are provided on the plot. The area around is preferred by English people for investing in holiday homes. There are 2 more plots right next to this one. One is 614 sq m large and the other one is 612 sq m and they are displayed on the website too.A beautiful view is opened towards the sea and the bay of Sunny beach and Nessebar. There are many sport and rural tourism activities that you can do in the area with your family. The foreigners are usually getting exited about the village during safaris, organized by the tour operators. Almost every day tourists from Sunny Beach are passing through the villages with jeeps. The village is a small, situated in Nessebar municipality, in the region of Bourgas. It has a very good location, just 4 kilometres away from the Bulgarian equivalent of Las Vegas - the lively Sunny Beach Resort. The picturesque village is beautifully nestled at the foot of the Emine Balkan, part of the Old Mountain Balkan Range. It reveals unforgettable views towards the mountain and at the same time its close proximity to the sea and the lovely beaches of Sunny Beach makes it a perfect place for a relaxing summer holiday.

Take a look at our next offer! This is an amazing, luxurious apartment for sale, located in the largest resort in Bulgaria – Sunny Beach. The apartment is part from a famous residential complex, situated right at the dunes of Cacao Beach.   The complex was built in 2009. It is situated only three minutes away from the beach and enjoys superb views of the Black sea coast. The complex features an outdoor swimming pool, playground for kids, pool bar, barbeque garden, massage, sauna, fitness room, Internet Point, lobby bar with wireless Internet access, and supermarket.   The apartment has total living area of 76 sq m and is on the second floor out of 4. It is one bedroom type and consists of a living room with kitchen box, one bedroom, bathroom with WC and a balcony.   The finishing is turnkey and the price includes full bathroom and kitchen equipment. The apartment is ready to move in. 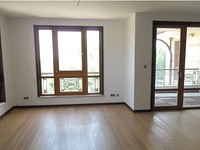 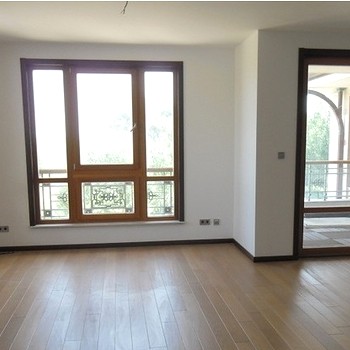 We offer you a completely finished apartment situated in the Solas Resort Complex just a 10 minute walk to the sea /400 m from the beach/. The apartment is 68.18 sq m real living area with 10.65 sq m common parts that makes a total size of 78.83 sq m . It is on the ground floor with south-west exposure. There is one bedroom, living room with kitchenette, bathroom and toilet. The apartment is finished with MDF doors, Cable TV and telephone outlets, fully fitted bathroom/WC, laminate and terracotta flooring and latex painted walls. The building is located in the top beach resort of Sunny Beach close to the ancient town of Nessebar. The development offers 39 apartments with a swimming pool. The resort facilities include: Private swimming pool 24 hours security Coffee-bar Shops Parking Grocery store Pool Parking Green areas Intercom 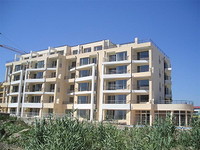 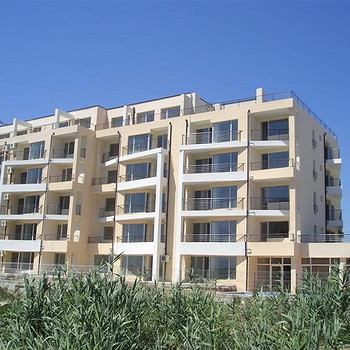 We are offering you a spacious one-bedroom apartment for sale located in Sunny Beach. The apartment is part of a luxury residential complex set at a 300 meters distance from the beach. The complex features a bar which is open 24 hours a day and a restaurant. International and Bulgarian cuisine is served there. Guests can relax in the outdoor pool which also has a children's section. A jacuzzi is also on site. The centre of Sunny Beach can be reached within 2 km. Restaurants and shops can be found in the immediate vicinity. Free public parking is offered. The apartment is one bedroom type and comprises total living area of 59 sq m. It is situated on the fifth floor of the building. The living area is distributed between a living room with kitchen box, one bedroom, bathroom with WC and a balcony with nice view. The apartment is for sale furnished and equipped. It has kitchen accessories, TV, Internet connection, full furniture. 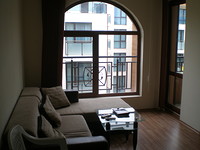 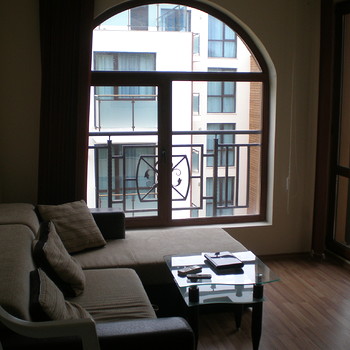 Bulgaria is the cheapest place to buy a villa 05/05/2017
British media "Daily Mail" has published a survey of the property market, ranking Bulgaria, Turkey and Greece as the cheapest holiday properties. The report advises British citizens who want to buy a villa abroad to look for it there. The survey states that for 91,000 British pounds a good...
Weakening Pound Benefiting Bulgaria 18/12/2008
Bulgaria is one of the countries benefiting from a decline in the number of investors choosing to make purchases in traditional locations, it has been claimed.Paul Dimambro of currency provider Hargreaves Lansdown explained that the weakening of the pound against the euro and dollar has resulted...
Bulgarian property ::  Недвижимость в Болгарии ::  Proprieta in Bulgaria ::   :: Towns in Bulgaria :: Property renovations :: Services and Fees :: Bulgaria Property FAQ :: Map Search :: About Bulgaria :: Mortgages :: Property insurance :: Testimonials :: Contacts :: Disclaimer :: Mountain properties :: Golf properties :: Lake properties :: Rural properties :: Properties in Beach Resort :: Properties in Ski Resort :: Properties spa Resort :: Apartments in Bulgaria :: Land in Bulgaria :: Houses in Bulgaria :: Bulgaria property investment ::
© Best Bulgarian Properties Ltd. - All rights reserved
Regulated land near a beach