Villa With A Splendid Sea VIew

It is located in an elite neighbourhood with fantastic sea view! All neighbouring properties are luxury and the area is a splendid holiday place. Analyses show the Southern Black Sea coast appears to be of growing investment significance. The area benefits of the close proximity of Burgas and the airport (35 km), the numerous resorts with sandy beaches and the green forests of Ropotamo Natural Preserve.

The house we present is part of a complex with a common swimming-pool, children playground and garden. It has a 24 hours live security. The distance to the nearest beach is approximately 1,5 km. The sea itself is 200 metres away.

The house has excellent renting potential!The house is on 2 levels, it consists of a living-room, kitchen, 3 bedrooms, 2 bathrooms / WC and a terrace. There is a parking lot allocated for each villa.

Would you like to own a sunny home in Sozopol and the sea side? Call us for details, or leave us a request for more details!

Two apartments for sale in Sozopol 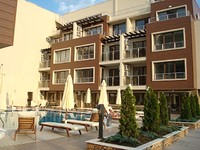 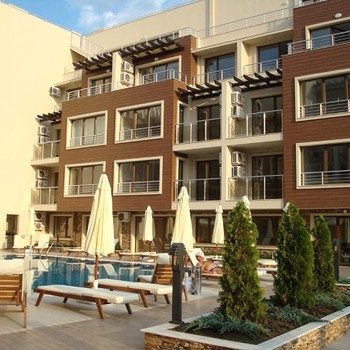 Apartment for sale in Sozopol

We are offering you a one bedroom apartment for sale, located in a closed type complex on the first line from the beach between the famous Sozopol and Chernomorets resorts. The complex is finished and has Act 16. The apartment is on the third floor. It consists of one bedroom, living room with kitchen box and a bathroom with WC. Both rooms have sea views. The apartment is equipped with 2 air conditioners, sanitary and boiler. The finishing is turnkey - laminate and marble floors, travertine bathroom. The whole complex is built with bricks 38 cm Wienerberger. The complex has many amenities – slimming pools, restaurants, cafes, maintained green areas. It is only meters away from the beach and has easy access to both Sozpol and Chernomorets. 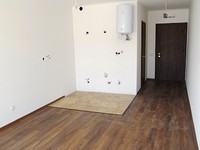 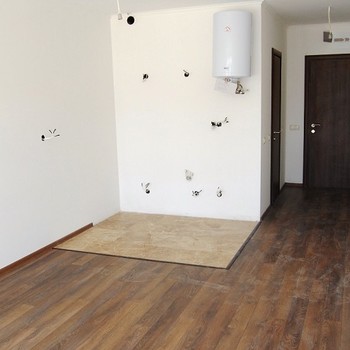 Apartment for sale in Sozopol

We are offering you a luxurious apartment for sale with enormous balcony with amazing view over the whole town of Sozopol. The apartment is one bedroom type situated in the famous Bulgarian southern sea resort - Sozopol. It comprises total living area of 62.5 sq m distributed between two rooms, bathroom with WC, and a balcony - 17 sq m in size. The apartment is situated on the fourth floor of a residential complex suitable for whole year around use. It has wonderful view towards the sea, the mountains and the town itself. The apartment is for sale completely finished - "on key" with best quality materials according to the highest requirements of modern construction. It has laminated floorings, latex painted walls and ceilings, large panoramic floor to ceiling PVC windows and balcony doors, air conditioning, MDF inner doors, installed sockets, and switches. The property has act 16 since year 2008. 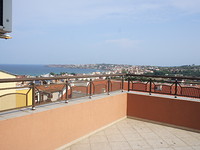 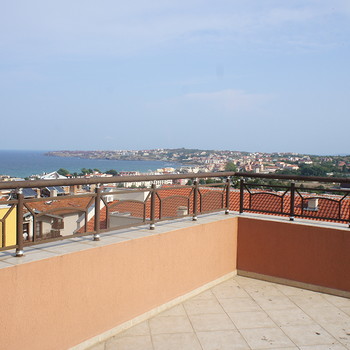