House for sale in Teteven

This is a massive, newly built house for sale located in the beautiful mountain town of Teteven. The town of Teteven is picturesquely nestled along the two banks of the Beli Vit River between Teteven Balkan Mountain and Vassiliov's Mountain. It is 116 km to the north east from Sofia, 74 km to the south-west from Lovech, 60 km to the west of Troyan, 23 km to the south-east from Yablanitsa and 54 km to the east of Botevgrad. The Teteven part of Stara Planina Mountain is considered the most splendid landscape in the entire Balkans.

The house consists of two residential floors and a basement. It comprises total living area of 160 sq m. The underground floor consists of two basement premises. The first floor has two rooms, living room with kitchen box and a bathroom with WC. The second floor consists of two rooms and also a bathroom with WC. Inner stair case connects all the floors. The house is finished according to the Bulgarian standard from the inside - on plastering and putty. Thus you will have the chance to make the final touches and inner finishing according to your own taste and requirements.

The house is built on a plot of land with size of 1400 sq m. It has all communications - regulation, water, electricity, a well, also lots of grapevines. The property borders three asphalted roads which provide easy access during the whole year.

House for sale near Teteven

This is a unique property located in the heart of the Stara Planina Mountain! The property is situated about 4 km from the famous resort Ribaritsa and 11 km from the municipal center – Teteven. The area is a great place for spending your vacation or for permanent living. It is a favorite destination among the tourists and the winters are simply amazing. The house is about 50 meters from the main road in the village. It is set in a quiet and peaceful location with amazing views towards the mountains. The total living area is 166 sq m, built on a plot of land with size 778 sq m. The yard is well maintained and landscaped. There is a fountain and walkways. The house is in very good condition. It benefits with very large balconies. The price includes all of the furniture as seen on the photos. 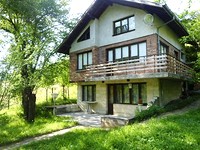 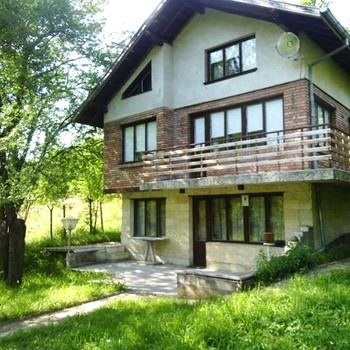 House for sale near Teteven

The house consists of two residential floors. It is built in 1930 but is generally in good condition. It needs some renovation in order to move in though. The house is brick built, plastered from the outside. The distribution of the premises is as fallows: on the first floor there are two rooms and the second comprises three rooms. Outer staircase connects both floors. The house is connected to all communications. There is electricity, water and sewer. The property is situated in the beautiful Teteven Balkans of Stara Planina Mountain. It is set in a picturesque village 110 km from Sofia, 80 of which are through the highway. The area in which this property is situated is a natural and ecological reserve. In close vicinity are the Glojen monastery, cave Saeva Hole, the town of Teteven, and the holiday village of Ribaritsa. There are opportunities for horse riding, fishing and hunting, mountain tourism. 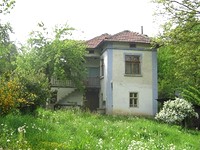 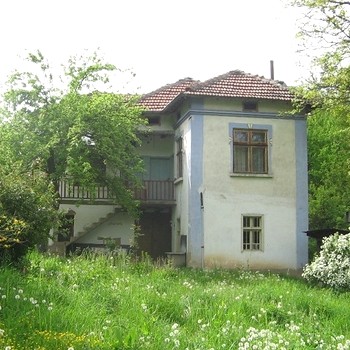 For sale is a two-storey house located in the town of Teteven, facing its main street. The property is 100 m away from Hotel Teteven. The house is a solid construction, on two floors with a total living area of ​​132 sq m. The first floor includes a former tavern (stone walls) that can be rebuilt or used again as a tavern, basement or for residential purposes. On the second floor, there is a bathroom with WC. The yard is well maintained, landscaped and has nice mountain views. The total living area of the yard 305 sq m. The property has water and electricity. The location of the house is excellent – proximity to the center, but also in a quiet area for complete tranquility and relax. 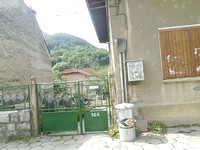 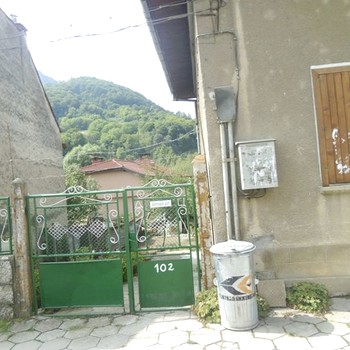 New terminal at Burgas airport 13/01/2014
The Terminal has 32 check-in counters, in an area of 20,000 square meters. The capacity is around 2 500 passengers at rush hour, which means that it will be able to handle 1250 arriving and departing people in the busiest time. Up to this point the Burgas airport has served around two and...
Government Gets Involved In The Green Building Concept Build Green Cee 25/04/2008
The Romanian government has only just started to involve itself in the green building concept but the new attitudes are gaining momentum. A host of Romanian public administration officials took the floor during the second and closing day of the Build Green CEE conference in Bucharest, Romania....
Bulgarian property ::  Недвижимость в Болгарии ::  Proprieta in Bulgaria ::   :: Towns in Bulgaria :: Property renovations :: Services and Fees :: Bulgaria Property FAQ :: Map Search :: About Bulgaria :: Mortgages :: Property insurance :: Testimonials :: Contacts :: Disclaimer :: Mountain properties :: Golf properties :: Lake properties :: Rural properties :: Properties in Beach Resort :: Properties in Ski Resort :: Properties spa Resort :: Apartments in Bulgaria :: Land in Bulgaria :: Houses in Bulgaria :: Bulgaria property investment ::
© Best Bulgarian Properties Ltd. - All rights reserved
House for sale in Teteven