The apartment has total area of 66 sq m, situated in an elite building in one of our most beautiful seaside resorts Primorsko. The apartment is fully furnished and is located 30 meters from the sandy dunes of the northern beach. It consists of a living room, kitchen, bedroom, bathroom with toilet, corridor, two terraces with fabulous panoramic sea and town of Primorsko. The apartment is fully tiled and has some furniture.
The town of Primorsko is relatively small as it has population of about 2,500 people. 52km south of Bourgas, the town lies on a cape jutting out between the Stamopolo Bay and the Dyavolski (Devil's) Bay. The town has two beaches, the Northern and the Southern ones. The former is more open and offers rough sea, which makes it treasured by surfers, while the latter is smaller and calmer, and hence preferred by families. Regular bus lines connect Primorsko to Bourgas and Sozopol. Similarly to other resorts along the coast, one can also rely on private buses, minibuses and taxis for smaller distances. There is also a small road 'train' for tourists, which travels between the nearby peer town of Kiten and Primorsko.

This is an apartment for sale located 100 meters from the northern beach in Primorsko. The apartment is part from a closed-type residential complex with many amenities and all communications. It has two swimming pools, a fitness, a restaurant and a lobby bar. The owners could use a free Wi-Fi and a special discount of 20% for the restaurant, the lobby bar and also the laundry. The offered apartment consists of a large living room with a kitchen box (suitable to be separated), two bedrooms, a bathroom with toilet and a small hallway that connects the bathroom to the bedrooms and the living room. The smaller (northern) bedroom has its own terrace. The living room and the east facing bedroom have shared large terrace. The apartment is sold fully furnished and equipped. The bathroom is with a shower cabin. 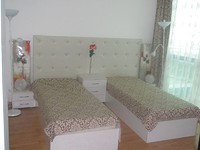 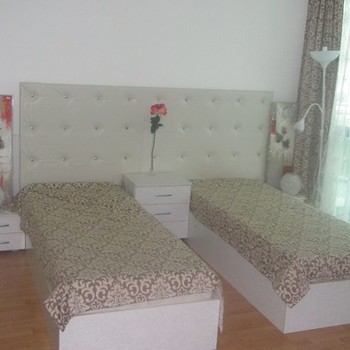 We are offering an apartment located in a luxury closed-type residential complex in the famous beach resort of Primorsko. The complex is situated on the first line from the sea in close proximity to the 4.5 km long sandy beach of MMC Primorsko. The apartment is located on the third floor of the building and consists of a living / dining room with a kitchen box, one bedroom, a bathroom / WC with shower cabin and a large balcony overlooking the sea and the surrounding woodland. The property is sold fully equipped and furnished. The price includes air conditioning, washing machine, TV. The complex benefits with large swimming pool, a shop, a cafe / restaurant, a spa salon and many other amenities for its guests and owners. This is a beautiful property located in a quiet and peaceful place. Good investment with guaranteed return on average of 8-10% only for the summer season. 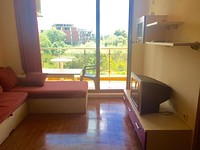 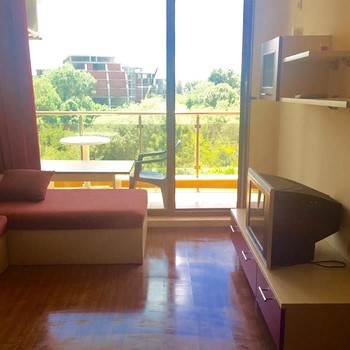 House for sale near Sozopol

The offered house is two-story, with a total living area of 231 sq m, brick construction, finished in year 1941. The house is located in the center of a developed village in Primorsko municipality. It is just 15 km from the municipal center Primorsko, 9 km from Sozopol and 30 km from Burgas. The settlement has easy access to the seaside. The nearest beach is just a short drive away. There are also all necessary amenities for permanent residency. The layout inside the building is very convenient. The first floor was for commercial facilities – a restaurant, a shop, a warehouse and a toilet. The second floor is residential, consists of a lobby, living room with kitchen, three bedrooms and a bathroom with toilet. This floor was renovated in the summer of 2017. The house also has a basement. The yard is divided into 2 parts - one part is used as a patio for the former restaurant. The other part is a garden. The property has single-phase and three-phase electricity, plumbing and sewerage. 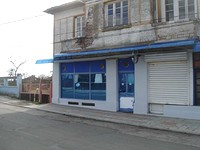 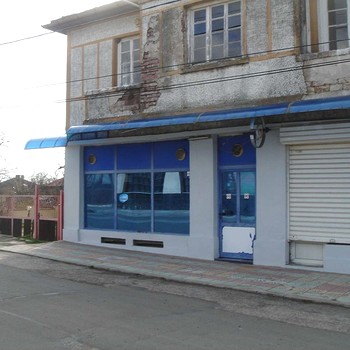