A House In A Gorgeous Area Near Dobrich

This is a very good suggestion for a property in the northwestern part of Bulgaria. The house is situated in a village 38 km away from Dobrich and 4 km away from the lake Ticha.

It is a solid one-storey building in a very good condition. The living area is 100 sq m and the garden which goes with the house is 2400 sq m. There is 1 bedroom, a living-room which can be used as a bedroom because there is 2 beds in it, a kitchen, a closet, a large corridor which leads to a room which has a separate entrance from the street. This room was used as a shop. The bathroom is inside the house and the toilet is outside. There are some farm buildings in the yard behind the house. There is also a summer kitchen behind the house. The property needs some renovation and refreshment in order to become the most convenient place for you.

Do not miss the chance! This can be the best place for you and your family!

House for sale near Dobrich

We would like to offer you a rural house situated 24 km from Dobrich, 80 km from Varna, 75 km from the International Airport and 50 km from Albena sea resort.   The settlement is quite big with more than 1200 permanent residents.There are several shops,school,pub,post office etc.   The house we offer is on a single floor and is in very good condition. The exposition of the property is south-west. The house needs some basic refreshment to become livable again. The floor is concrete and will need new rendering. The total living area of the house is 240 sq m.   The garden is quite big – 1260 sq m and also includes some additional farm buildings. 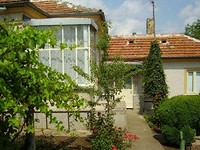 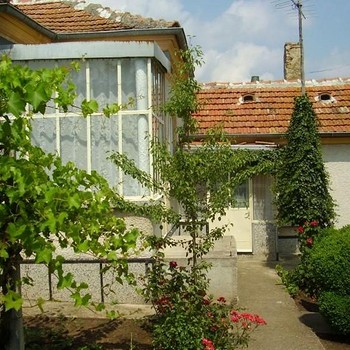 House for sale near Dobrich

This is a nice rural house for sale located in a calm and peaceful village in the north-eastern Bulgaria, right on the Romanian border. The village is part of General Toshevo municipality, Dobrich region and is set around 50 km from Dobrich itself. The town of Balchik and the sea are at the distance of 62 km. The city of Varna and the International airport are 99 km away. The village is very well developed, comprising all necessary amenities for your comfortable holiday or permanent living. There is a grocery store, regular public transport, tavern, asphalted roads and easy access whole year around. The house which is for sale is brick built comprising one residential floor and total living area of 56 sq m. It consists of three rooms, and is connected to water and electricity. The main advantage of this property is the extremely large plot of land which comes with the house. It has total area of whole 3250 sq m. The yard is overgrown with numerous fruit trees, wines and other greenery. There is also an additional agricultural outbuilding in the yard. 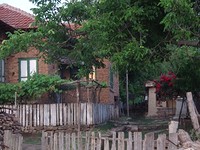 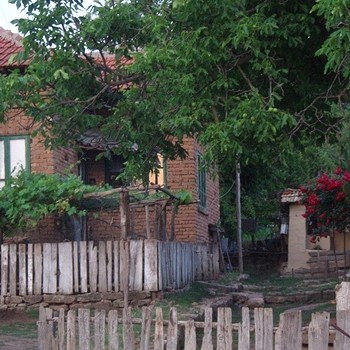 Single-storied house with furniture and equipment for sale close to the Romanian border and the town of General Toshevo. The property is situated in a peaceful village, 8 km from the town of General Toshevo and 3 km from the border with Romania. The house has an area of ​​74 sq m. It comes with a spacious yard of ​​900 sq m. The property is connected to all communications - electricity and water. The distribution inside is as follows: entrance hall, which leads to two transitional rooms - dining room and a large furnished kitchen. A corridor leads to a second small kitchen, one bedroom and a second bedroom with bathroom. The property is in very good condition. It is well maintained. In the yard, there is a parking space for one car and a garage. The offered property is located near shops, restaurants, school and kindergarten, community center. The house is suitable for year-round living. 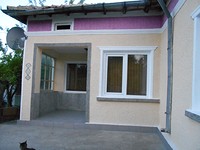 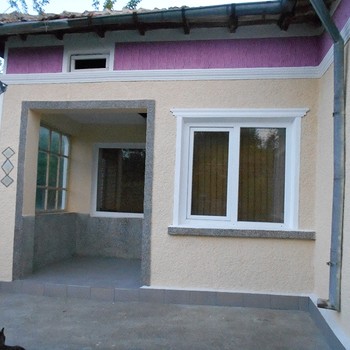